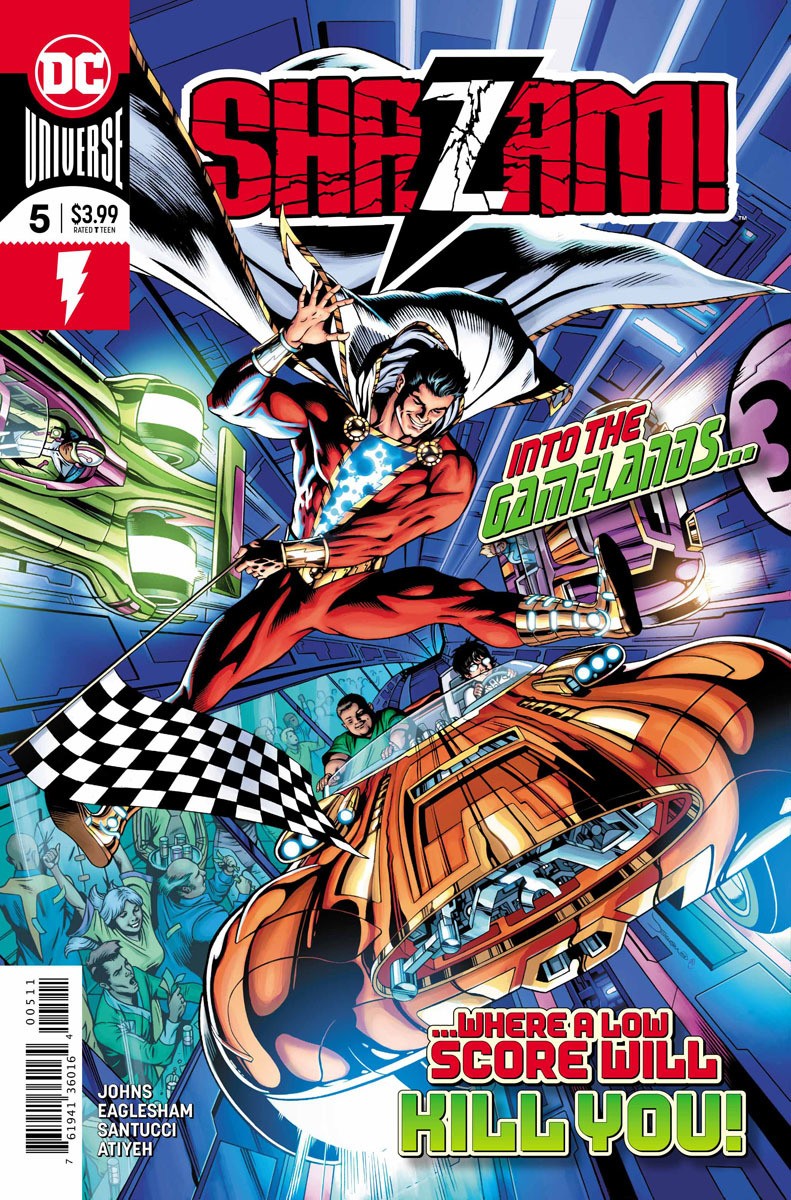 Shazam continues to set new heights for itself. This new introduction of Black Adam is the book doubling down on the dopeness it has produced so far. Last issue, we saw the arrival of the anti-hero. His purpose is expanded on in the opening pages. Whether he winds up being friend or foe of the Shazam family is still up in the air, but either way we’re in for some fun down the road! Geoff Johns’ writing continues to build up this world of the Magiclands, but artist duties for issue #5 are shared between the top notch talents of Dale Eaglesham, Scott Kolins, Max Raynor and Marco Santucci.

When it comes to the Shazam crew, it’s looking all the way bad for the homies with the bolts on their chests. Darla and Freddy are at the mercy of a society of refined creatures in the Wildlands while Pedro and Eugene are stuck in the Gamelands. Eugene should be right at home, but as expected, things aren’t exactly what they seem.

Now that King Kid has come clean on his infinite pipeline of child fun converted to adult labor, Billy and Mary do everything in their power to make him see the light. Unfortunately, the keeper of the Funlands has his eyes set on one thing. It’ll be a lifetime of labor camp sleepovers if the wisest and mightiest members of the squad don’t figure out something fast. 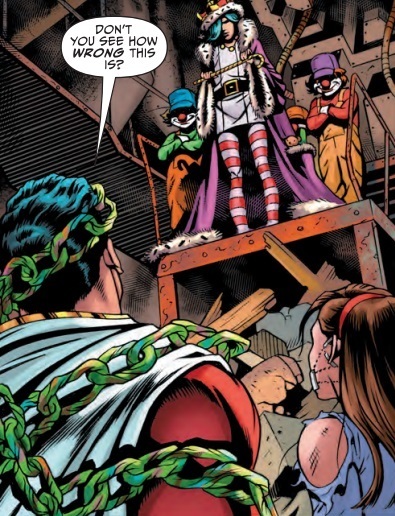 The progression felt somewhat slow this time around, yet I was still happy that Johns spread the love so every separated duo got a healthy chunk of action in this one. The artist collective puts in work by filling each panel with an appreciable vibrance. If the Shazam movie has you the slightest bit intrigued, dive into this comic. These creators are cooking up some geeky treats for readers of all backgrounds.