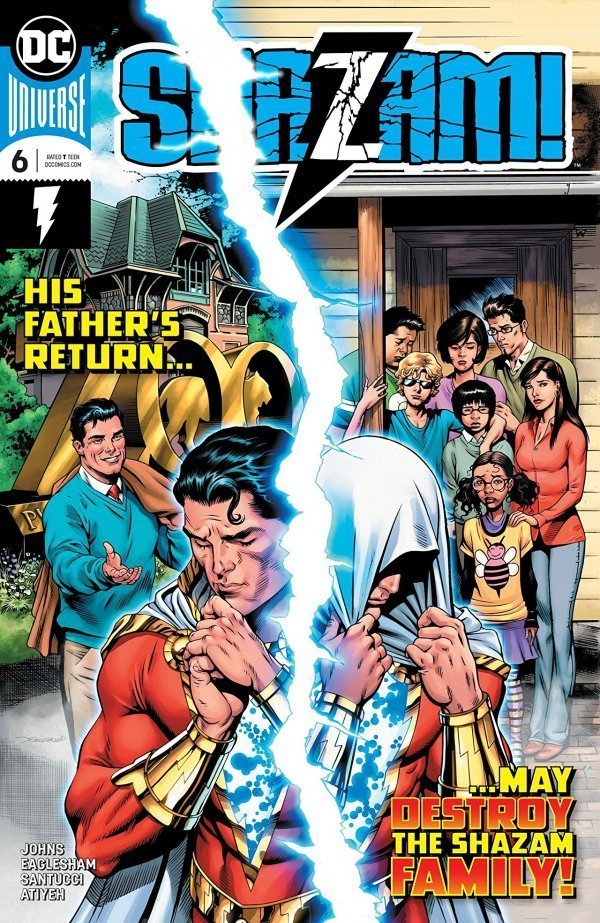 Things take a turn in issue #6 of Shazam. My thoughts on Mary and Billy gallivanting around the Magiclands saving the day are dashed. The hype and expectations I had for Black Adam are thrown out the window. The situation surrounding Billy’s dad actually progresses when I expected his presence in this comic to fizzle. Finally, Mary drops the bomb we’ve all been expecting but hoped would never happen.

Before we get into that, I have to give a huge shout out to the creative duo bringing this sprawling comic to life. It’s dawning on me how difficult it must be to write and draw an engaging story that features 6 superheroes with vastly different personalities, an anti-hero with a history as rich as any A-List hero, as well as multiple villains with nearly unmatched powers without sacrificing character arcs or development. Geoff Johns, I do not envy you, but I do put respect on your name. And this is all while visually giving fans what they want and deserve. Hat off to Marco Santucci and every artist who has added their pen, pencil and colors to these 6 initial books. 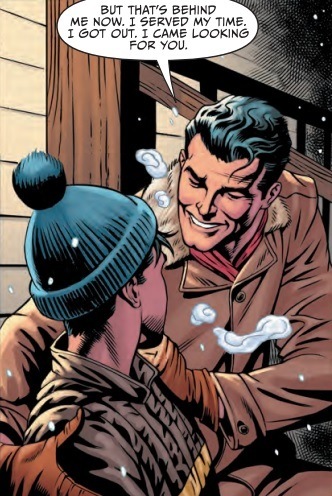 In this issue, we see Billy and Mary unintentionally escape from the Funlands and wind up back home and welcomed by the most unexpected guest; Billy’s father. From here on out, it’s a rollercoaster of emotions and explanations that Billy was not ready for. Meanwhile, the rest for the Shazam family is still stuck in Magiclands limbo as King Kid unleashes his Super Mario clown custodians, Black Adam does battle with a familiar enemy with unfamiliar strength and support. Without any options to get her siblings back, Mary does the unthinkable in our final panel. With her decision, coupled with the choices Billy will have to make, the Shazam family will forever be changed. 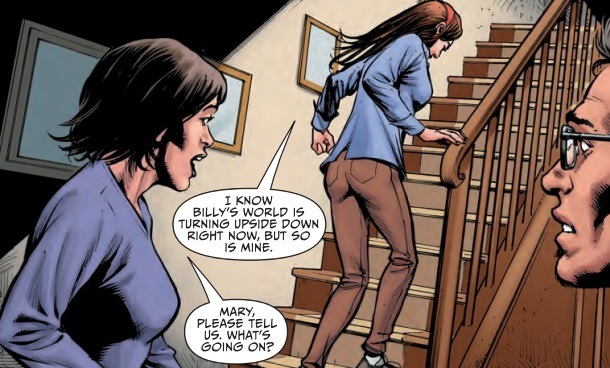 While we don’t get to see much of the Freddy and Darla in their death sentence predicament, Johns does an outstanding job of spreading the love and touching on everyone else this issue. Our artists do an excellent job of making you feel like the entire world is crumbling around our heroes. Issue #6 definitely moves our plot along in so many ways and I’m excited to see how it all goes down next month.