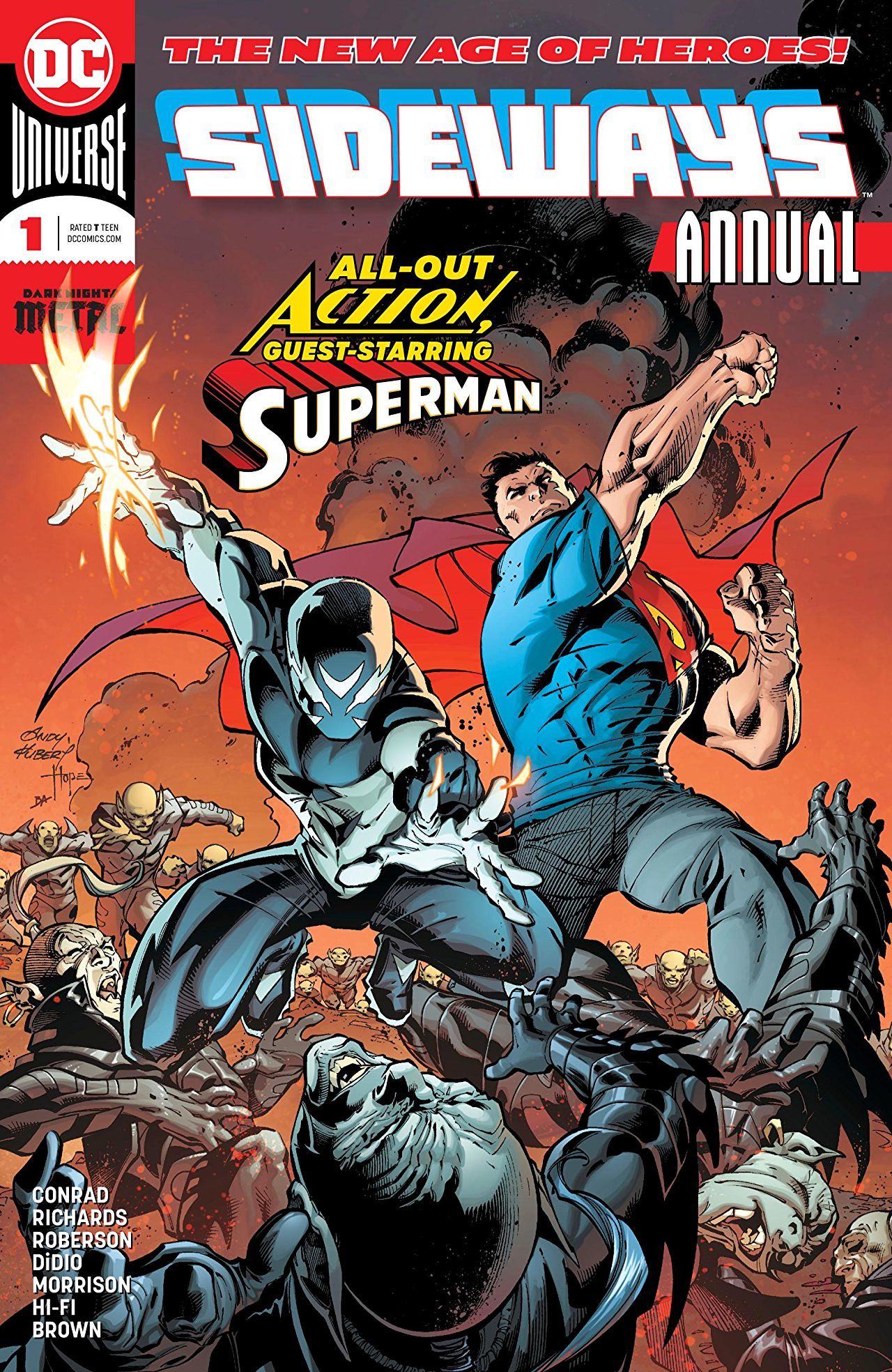 While most annual issues usually feature a one-shot kind of story, Sideways Annual #1 keeps the ball rolling as we reach the conclusion to our Dark Multiverse story arc. With his powers restored and having freed what looks to be the New 52 era Superman – blue jeans, short-sleeve T, cape and all – Derek kills several birds with one stone.

Little explanation is provided behind where exactly New 52 Superman came from. But honestly, with the Dark Multiverse in play, let’s just chalk it up to dying multiverse shenanigans. Can’t say I really miss the New 52 Superman though. I don’t remember him being this gung-ho to fight and beat everything into submission. It feels like the writing team wrote him so aggressively to really drive home the difference between the Superman that we have now and the early New 52 era Superman. 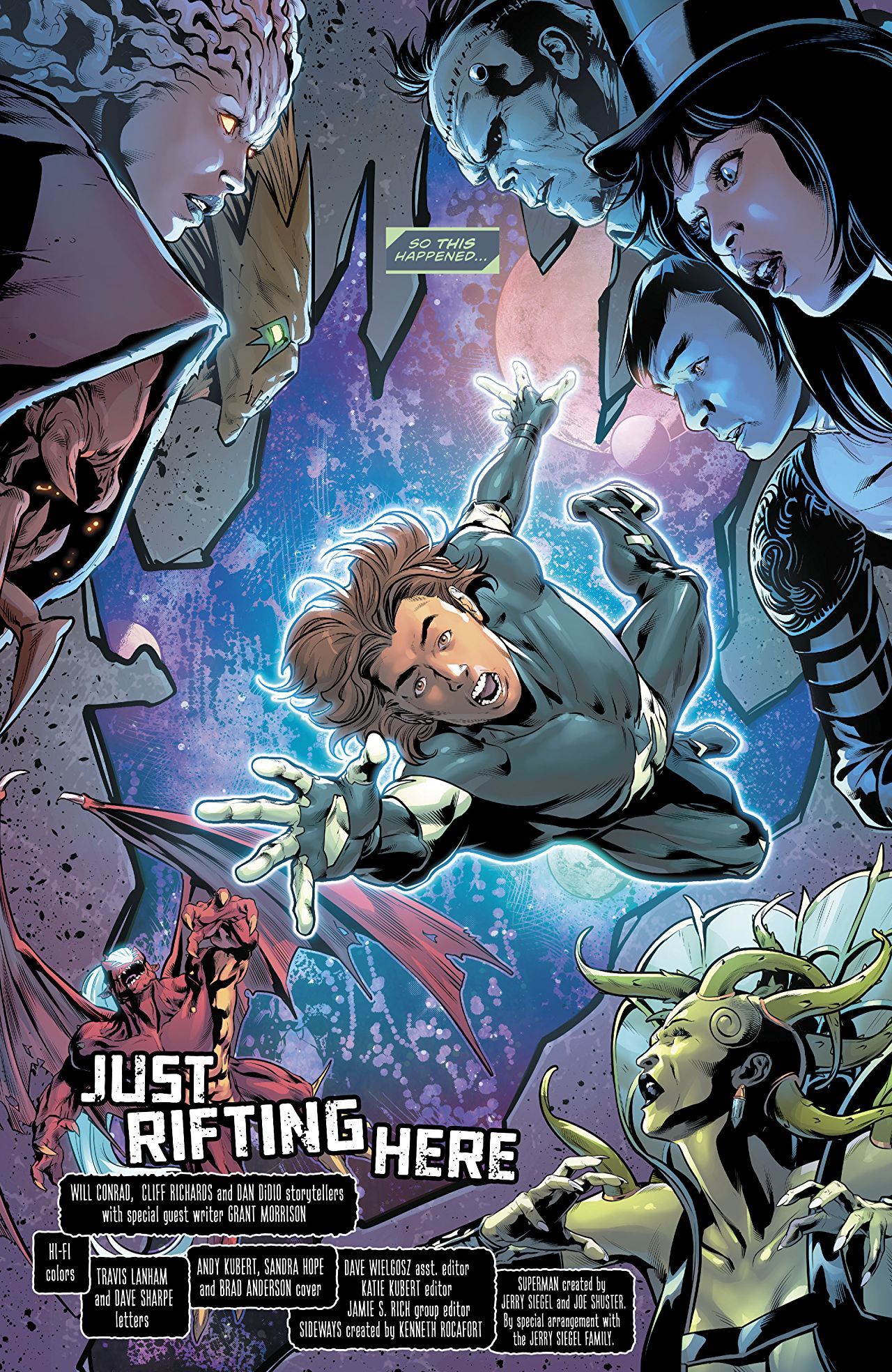 The good thing is, despite not actually being the current Superman, this one provides plenty of inspiration and hope for young Derek. I guess any Superman is enough to push people to be their better self. Immediately, you begin to see what kind of influence this Superman has on Derek as Sideways, and it’s good to see the kid motivated to fight. He pushes on with his goal to free the Unseen and save the Seven Soldiers.

I actually found the endings to both the Perrus and the Seven Soldiers’ conflict pretty funny. I’m not going to spoil anything thing but it doesn’t hurt to have a multiverse falling apart around you. Or a Superman by your side…that’s good too.

What I do feel the need to address is the same problem that always rears its ugly head throughout the Sideways series – the lack of focus on one particular plot. While the Seven Soldiers are the main reason for Derek’s adventure into the Dark Multiverse, a lot of the focus is given to his time with the Unseen. It’s weird because it feels like the Seven Soldiers were an afterthought, rather than an integral part of this story. Honestly, this same story could be told without the Seven Soldiers. 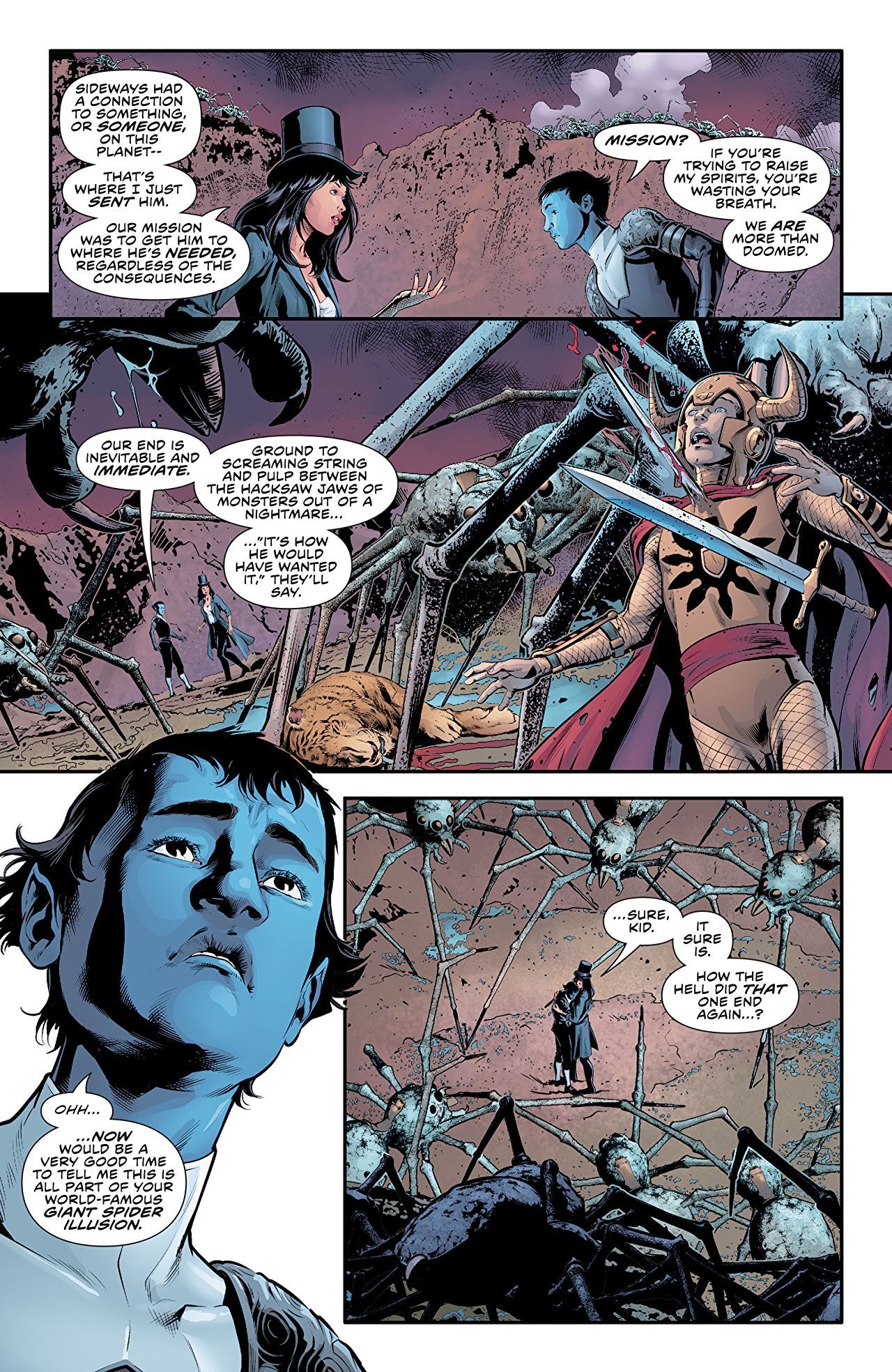 However, none of this distracts enough to ruin what is ultimately a solid ending. There are a lot of unanswered questions this issue but, hopefully, they will be addressed down the line. This adventure definitely seems to be what Derek needed after the death of his mother. It will be interesting to see what state Derek will be in emotionally when he gets back to Earth.

8 Super Exterminators out of 10