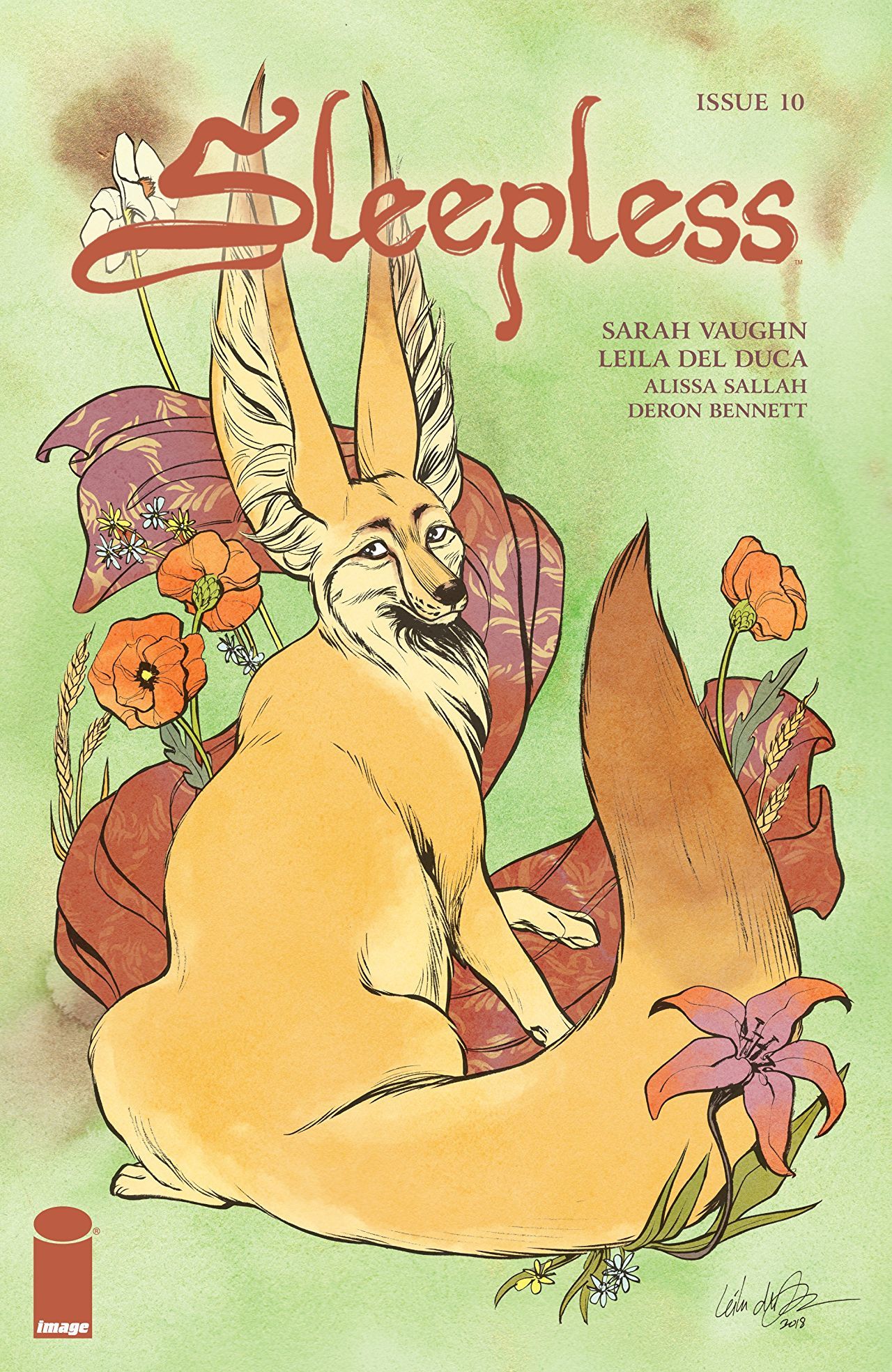 Be still my beating heart. BE STILL, I’M TELLING YOU!

The mysteries of the court and all its trappings are starting to reveal themselves thread by thread as Pop and Cy have been reunited–but their lives are still very much in danger! This issue opens to poor Bini, faithful pet and companion to Princess Pyppenia, limping to a friendly face, sadly left behind during the escape from a bloody and angry Lord Helder…whom we learned last issue lost his life. Yikes. The castle is in a frenzy, guards looking for both our wayward children, the smells of death hangs in the air and both princess and former knight find some refugee secretly by way of an accident. 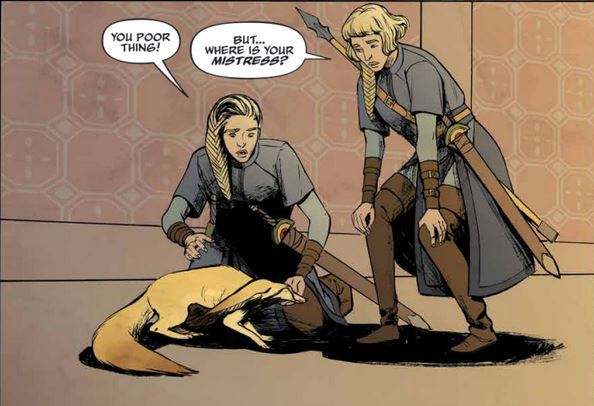 Vaughn has penned such an incredible tale keeping us readers on our toes, making us try to be one step ahead to figure out who wants Poppy gone before they get to her. The court intrigue has made characters in more minor roles like Rellen and Ambassador Ziuri interesting players in this dance. In this issue, we’re treated to both Pop and Cyrenic stumbling after hearing a shocking truth and running away from perceived safety and comfort to confront the mastermind behind this all. It means the world to see the two back at each other’s side, not sulking, not angry but clear-eyed with a plan that just might work. 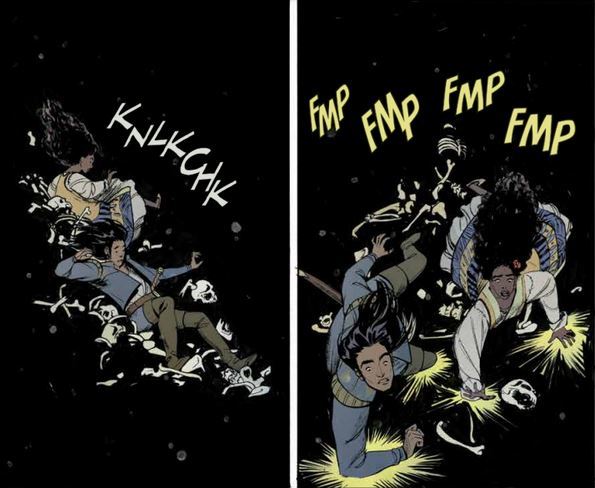 And can I say just what a payoff it has been reading and reviewing after all this time?!?!? Our two summer children finally get to be in each others arms–away from the world–even for just a moment and it was all my heart could take. No lazy writing here, folks. My ship has sailed, and my heart is open and full.

When you see the slow burn for your ship finally paying off: pic.twitter.com/qSDp6WjAr7

Poppy and Cy kissing on a pile of bones is the romance I needed in my life. -Leslie

The art has always been such a fantastic compliment to the writing. No! In fact, it is what makes this series stand out. Del Duca’s art style has really captured a world inspired from our own long ago that is all kinds of eye candy and has made each issue have a high level of re-readability. I was always going to check out this series for Poppy, and I love that it was filled with many more intriguing characters and landscapes to add along.

Sallah’s work as the colorist has really enhanced this world. In this issue, I really appreciated the attention to detail from lightning in the catacombs to the darkened corners that Pop and Cy run through. The coloring of other parts like backgrounds and walls are striking especially on pages when our princess and knight meet someone important. Bennett’s lettering looks exquisite especially in the lettered script of the style of old letters–which is an important cue toward the end of this issue.

I was stunned to see the “To Be Concluded” on the final page of this issue and left to looked up the official Sleepless page on Image Comics’ webpage.

This issue, issue number ten, is the second to last issue…which means next issue, number eleven, is the last issue IN THE SERIES as confirmed by the author–as noted by my and Leslie’s curiosity on Instagram. Wooooooo, beloved, I am heartbroken. Absolutely heartbroken. Yet, I look forward to reading the eleventh and last issue out in January of next year–I gotta know if Poppy’s plan works, I have to know if Cyrenic is executed and/or if he participates in #NoShaveNovember again. It is imperative to me to read and find out if the evil behind the scenes continues pulling the strings and if anyone gets a happy ending…one more issue to find out.