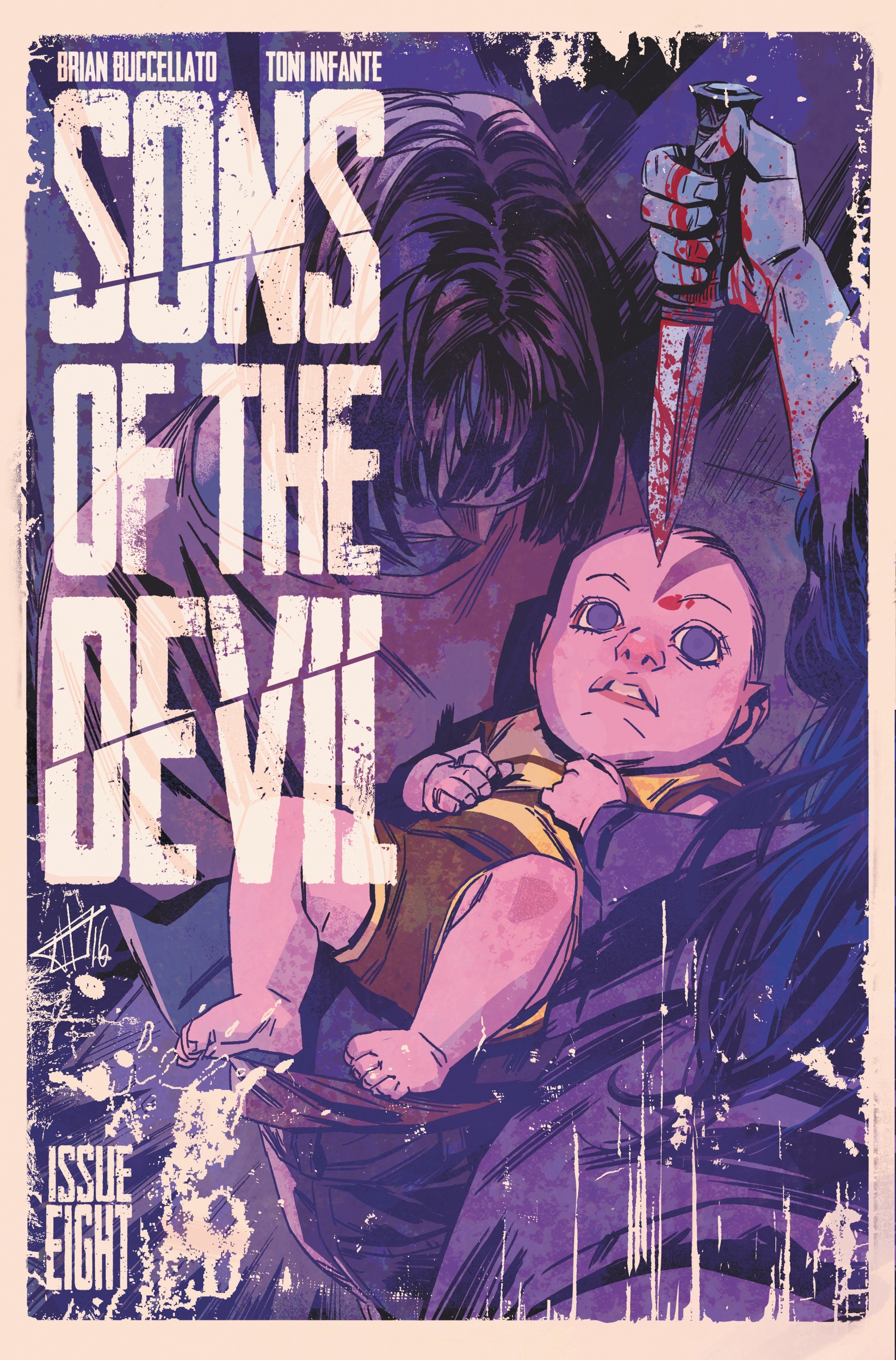 In our bifurcated timeline we find ourselves teetering again between 1989 and present day, building the history of Travis’ family tree alongside its after effects that ripple decades into the future. Travis is figuring it all out – about his origin, about the cult his father led, about how it relates to deaths and disappearances around him – slowly, yet he is so committed to finding the truth that it will undoubtedly come at a price; this level of prying cannot go unpunished. Only, like someone who’s had too much to drink, the consequences won’t be limited to the one with the bottle.

In issue #8 you may notice the cast of characters has grown larger than you realized, seeing many familiar faces while feeling uncomfortable with who they are and the role they might play. Where the larger story is easy to follow the character details are tricky – an inherent difficulty of reading mystery comics separated by months at a time – so I find myself pausing mid-page, looking at a reintroduced character and trying to remind myself why they’re important. What was my theory again? Were they to be trusted? And with the constant time-hop it can be a lot to keep track of. To its credit, Sons of the Devil manages to balance its details through a slow, thoughtful pace; even when you’re behind, you’re not too far behind. In that way the slow reveal of the bigger picture keeps the story focused and grounded, always bringing you back to Travis’ search for truth and just how dangerous it might be for him to find it. In this issue’s flashback, we again dive into a deeper understanding of just how fucked up his father’s cult can be.

I’ve spoken on the series’ tone in the past, its ominousness mixed with the scratches of Toni Infante’s art that keep you on edge, and I want to mention it again as it relates to the storytelling itself. Sons of the Devil is brilliantly drawn with a tenor that paces its drama like a movie score. Sons of the Devil can feel like listening to the Jaws theme build a scene to its climax. It’s one of the book’s biggest strengths, and a necessary one for adding tension in the smaller character dynamics. You see a flash of red and you know just how angry, how terrified, how desperate someone is. 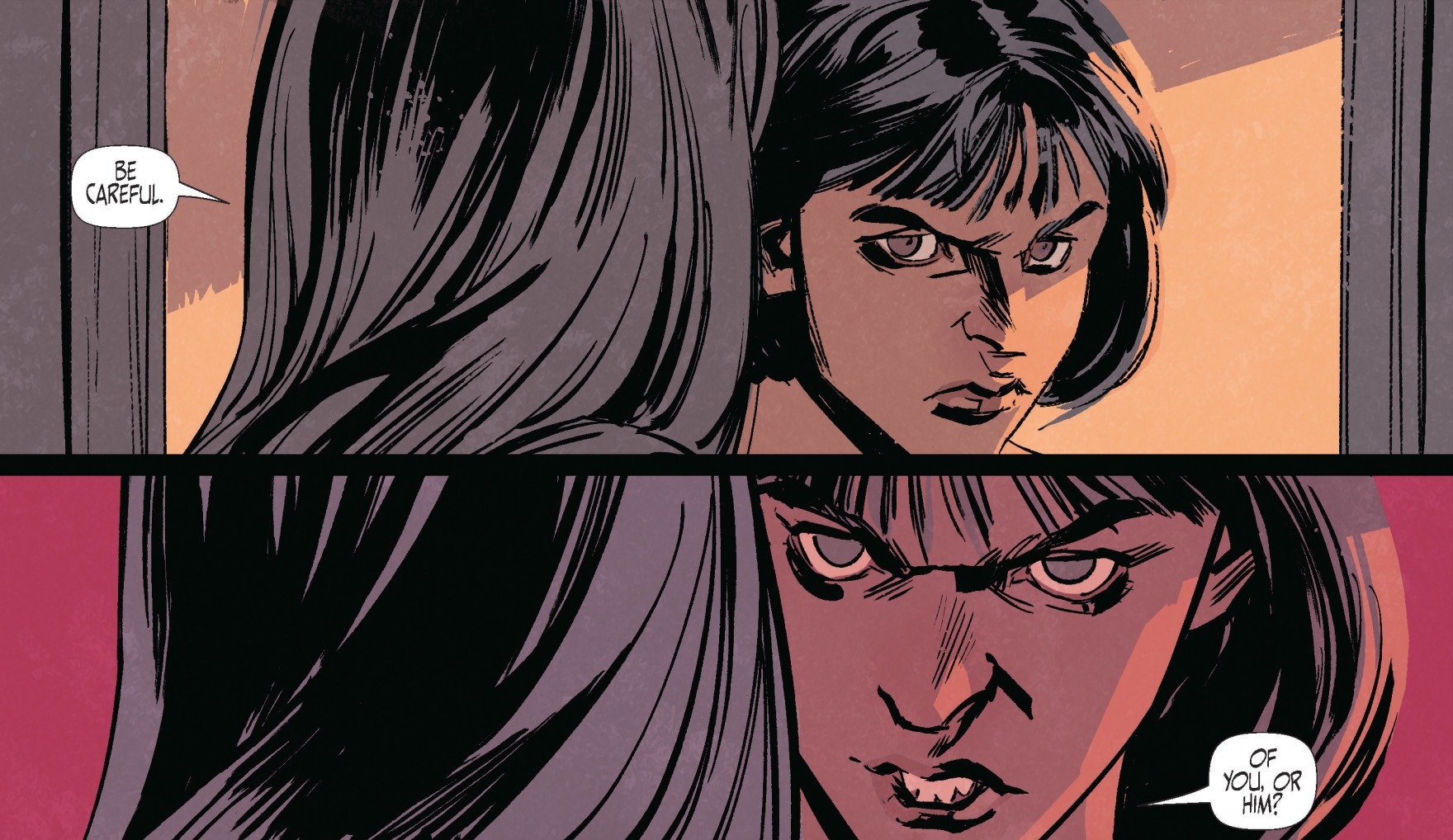 Overall, issue #8 was a builder, one with no game changers or revelations but that moves Travis closer towards them. Are you nervous, or are you bored yet? As with all slow builds, the reward needs to be worth it, and my confidence isn’t wavering for now. At least not yet. I’d say another 2 issues and Jaws better attack, or the music just won’t scare me anymore.

Reading Sons of the Devil? You can catch up on previous reviews here.