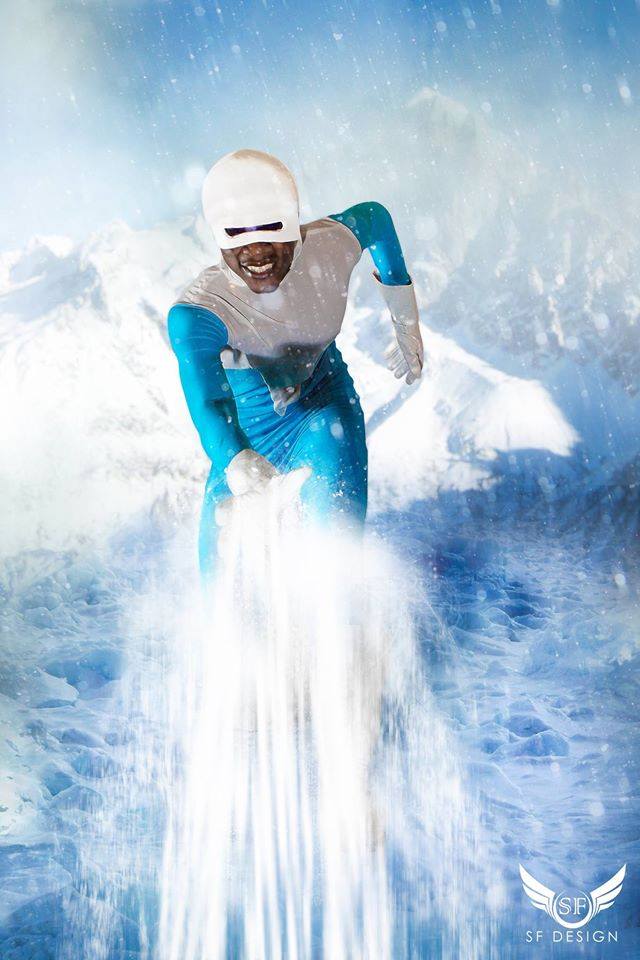 The endless talent of cosplayers never ends, does it? I’ve been lucky for the past several months because of the amazing time I have had finding new and amazing cosplayers online. One of the latest ones I have found is the outstanding and exciting, Spectra Marvelous out of Westchester, New York! I was so happy to find a cosplayer like him because he emphasizes the generous, thoughtful, and creative (That Frozone, from the Pixar movie The Incredibles, cosplay, OMG) side of the cosplay community. He represents the compassion that drew me to this community in the first place. I had the awesome opportunity of interviewing him via email, so please enjoy!

Desired Super-Power: Ability to swap different powers & abilities depending on the situation, I know that’s cheating but I can never decide. XD

Favorite Book(s): Lord of the Rings, Hunger Games, but to be honest I prefer comics.

BNP: Please tell us a little bit about yourself!

Spectra Marvelous:  My name is Jibrii. I go by Spectra Marvelous. I am a cosplayer from Westchester, New York. I have been cosplaying since the summer of 2012, even though I took a cosplay break for most of 2014. I played a lot of video games, and read a lot of comics when I was younger, so I mainly cosplay comic and video game characters. I also noticed I cosplay a lot of anti-heroes, I like anti-hero characters more cause they play by their own rules, and handle things their own way.

I also love making armor and props for my cosplays. I’ve been doing so for a little over a year now. I like meeting new people, whether it’s in regular life, online through social media, or at conventions. Cosplay is an awesome hobby that allows me to branch out and meet new people everywhere. I still get mind-boggled when someone comes up to me saying they follow my work online. I don’t think I will ever get used to that. 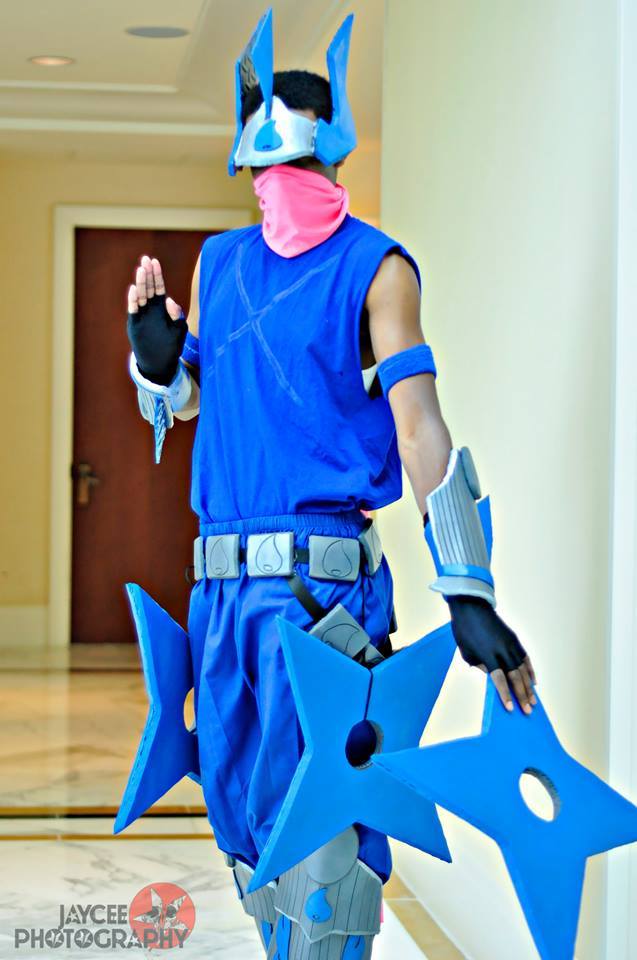 BNP: What color most describes you and why?
SM: Honestly, I’d pick red. Red is my favorite color, and I always saw it as a color of leadership and power. Kinda like Power Rangers in a way. Lol. I strive to be a leader, and help people out whenever I can. I give plenty of advice to friends, and I am there for moral support when they need it.

BNP: What random acts of kindness and beauty have you seen or done in the cosplay community?
SM: I have seen friends unite to help out other friends who have been bullied, or teased at cons. I know personally I have played fake boyfriend to a lot of my female friends who were being creeped on by people. I’ve also had to get friends out of awkward situations way more times than I can count. Like at Dragon Con this past summer, I had to escort my friend Byndo Gehk away from someone who was getting a little too close to her. I don’t mind doing it, but I find it crazy how some people don’t know how to act around others, especially people they don’t know. 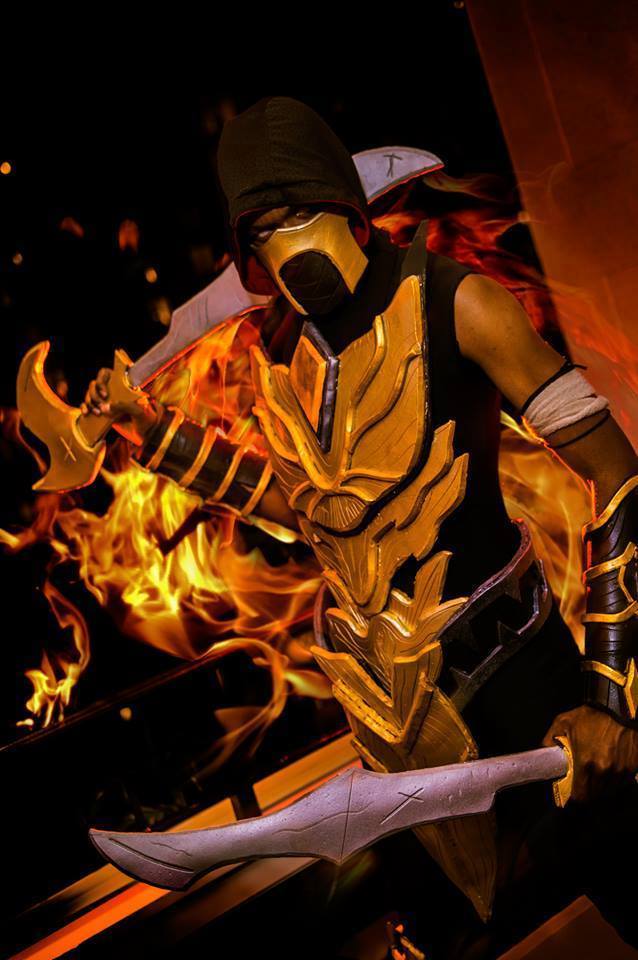 BNP:  What are some negative interactions you have personally had in the cosplay/convention community and how did you overcome them?
SM:  When I first decided to cosplay, I was told my character choices wouldn’t fit someone of my skin color. Characters like Nightwing and Gambit. Being the novice I was, I stupidly listened to those people, and didn’t cosplay them, but now I’ve been at this for awhile, I’ve made better, more supportive friends.

BNP: What are some of your favorite cosplays?
SM: My Frozone cosplay is my top favorite currently. It’s the easiest for me to wear, and my friends LOVE that cosplay, also I like that I was able to skate around Katsucon making me look like I jumped out of the movie, it was literally the coolest thing. Also it has sentimental meaning since it was made by my friend Gina B Cosplay, and I always wanted to cosplay him, but my sewing skills are not up to par with making something like that, so when she gave me this as a birthday present I lost my mind! XD But some of my favorite cosplays that I had made have been my Black Panther & my Spawn cosplays, which I am currently remaking for future conventions. I really get into making my cosplays. Especially more recently with all the armor work I’ve been doing with EVA Foam. It is so much fun. I find myself learning new tricks each time I make something. 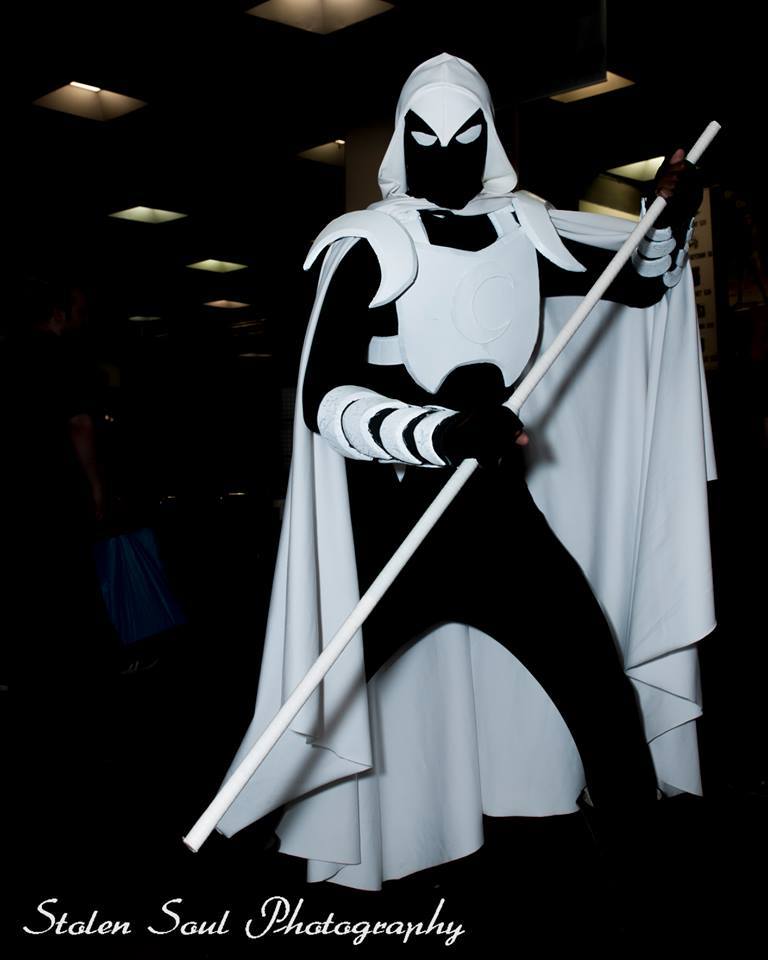 BNP: What are your goals for the future?
SM: To be honest, I just want to improve. I just want to get better. I constantly want to one-up myself with each cosplay and commission I make. I’m tackling a goal cosplay this year: I WILL COSPLAY FULGORE AT SOME POINT THIS YEAR! I only strive to be better than myself. But I would like to travel to more cons too. Maybe I can be a guest to more cons. My first time going as a guest to ROFcon back in February, I want to guest more, and go to some new ones. There are A LOT of cons I want to go to, but they are so far away. I want to hit up a few cons on the west coast like AnimeEXPO, Emerald City Comic Con, San Diego Comic Con, E3 is a dream Con of mine. Maybe one day I can go international even, that’d be pretty cool.