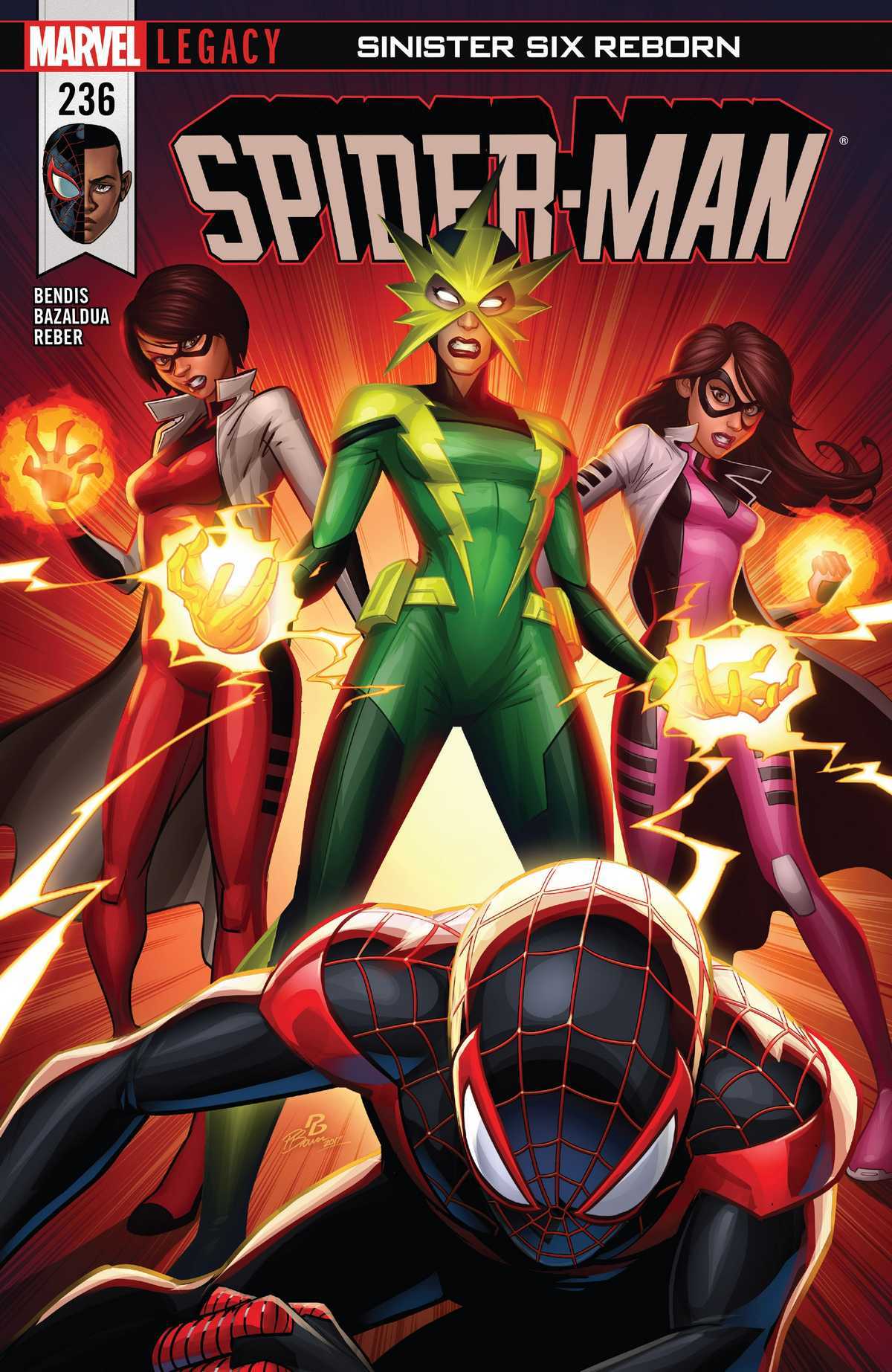 Miles Morales’ identity is the worse kept secret in Marvel history. Like for real. Can we talk about this, because I really feel like Miles gotta throw his whole secret identity away, man. What are we even doing anymore? We open this issue with Danika and Ganke making out. It’s great to see Ganke finally getting more of a storyline on his own (although still connected to Miles.) Miles’ identity is still a secret Ganke is keeping from Danika (as well as his own name) but he hasn’t told Miles he’s seeing Danika yet (he said he would). This would be all fine if Ganke could hold water.

Meanwhile, the showdown between Bombshell and her mother goes as horrible as expected. Miles comes out as the ace and so does the Iron Spider. Awkward, right? That feeling only increases as they fight. Outside of this fight, the rest of the Sinister Six is doing some recon of their own. I’m enjoying the confrontation between Miles and his uncle (makes you wonder if Molecule Man’s gift to Miles is two-fold by bringing back his mom as well as his uncle). My only complaint is these new powers make the fight easier and more convenient for Miles. 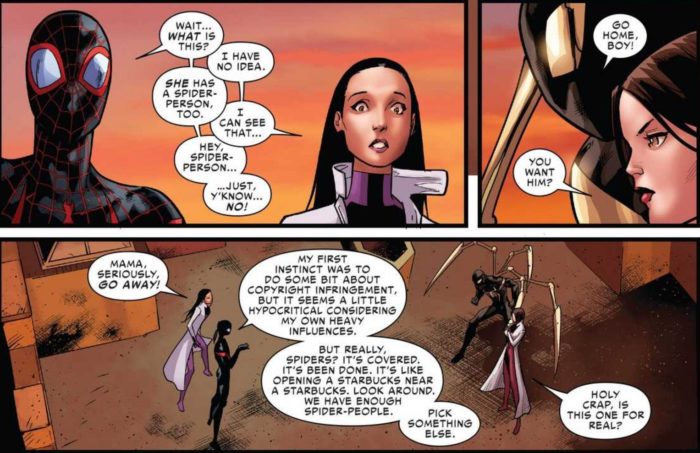 Let’s not sweat the small stuff

The art is really amazing in this book as well. The Sinister Six’s portrayal of how they use their powers was a joy. Their brief conversation almost steals the show over this long-awaited fight between Miles and Aaron. Bazaldua is very specific in the detail, movements, and scenery. The fight scene between Miles and Iron Spider could have felt a bit more intricate but for their first return fight, it is what it needed to be. Also, Aaron is still learning the suit so it makes sense. This is a good build-up for their next confrontation.

Aaron’s return is a pleasant surprise that you gotta hope pays off in the end. With Bendis leaving, this character’s reintroduction can mean a lot for new creative teams stepping into the series. I’m interested to see the dismount and hopefully by then Miles’ identity isn’t plastered all over CNN.