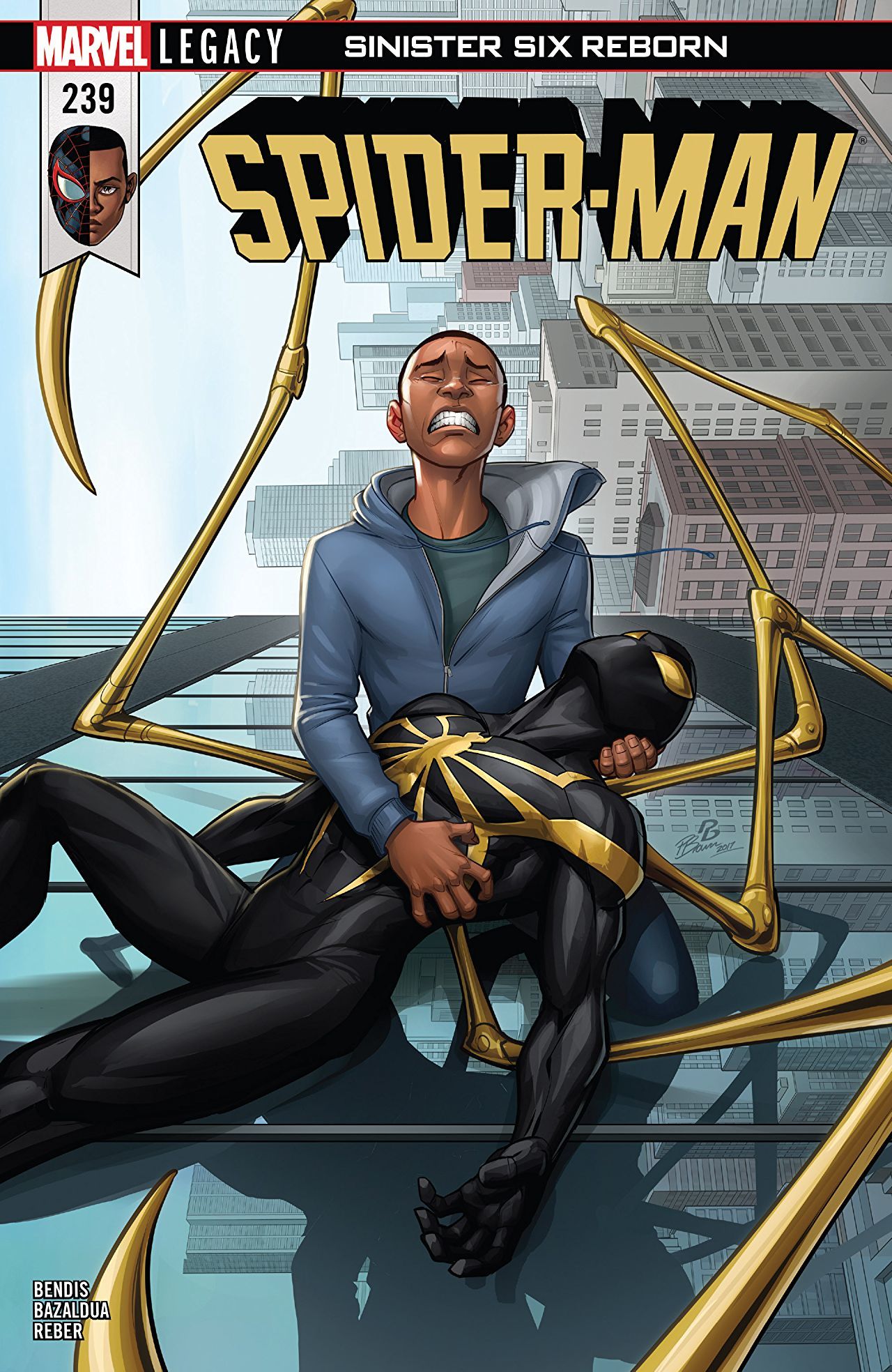 Okay, now we’re getting into the nitty gritty! Miles and the Sinister Six finally come head-to-head and I’m not at all disappointed at how it goes down. Miles is a man with a plan, and after last week’s screw up, he needed to come up with his own way to tackle Uncle Aaron and his super-powered team of criminals. What he does is not only smart but somewhat different from how Peter has approached fighting them in the past. Then again, we live in a very different Marvel universe and it’s nice to see Miles use that to his advantage. 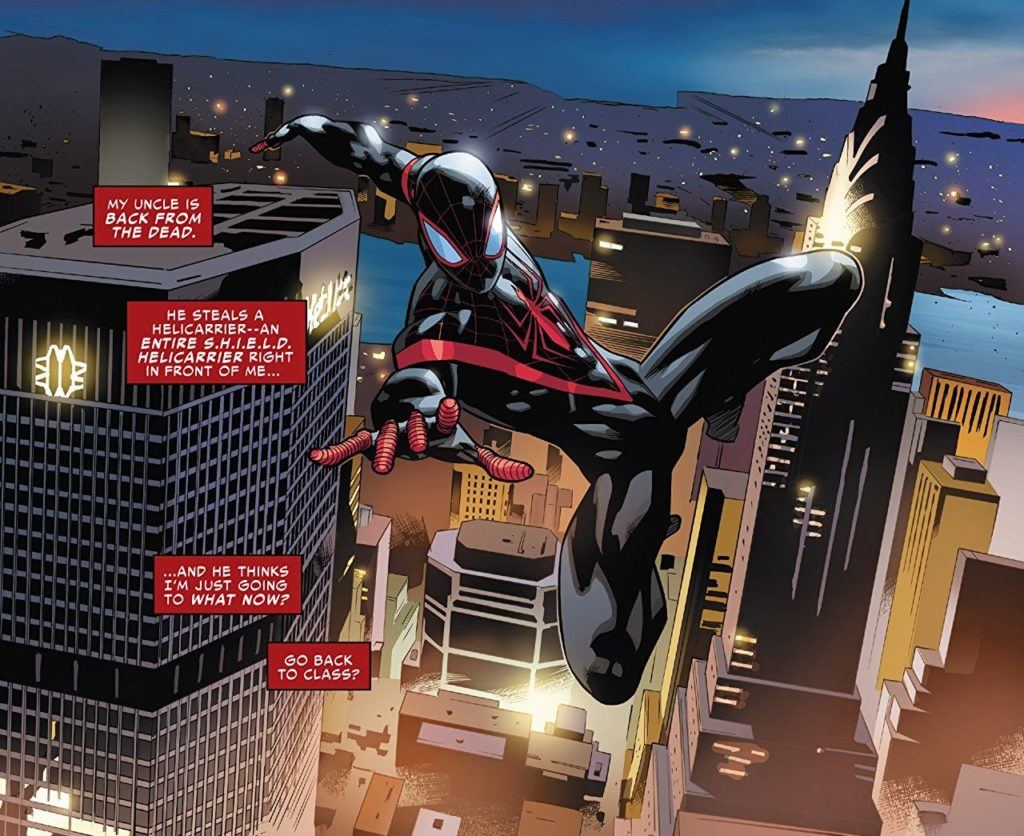 Now, what I am disappointed in is my man Ganke. How you go from best friend goals to selling Miles out to your girl? Loose lips sink ships homie. If you haven’t been keeping with the saga that is Ganke, he accidentally told his girl Dankia that Miles is Spider-Man. You know, the girl that runs a video blog on everything Spider-Man and may or may not have sold his name to the highest bidder. I know Miles is not exactly an expert at keeping his mask on but c’mon son! Rule number one of being a superhero’s best friend – keep my name out your mouth.

We sadly don’t get much dissension between Sinister Six this week. However, what we do get is the team addressing the problem of the traitor among them. I do like that this variation of the team keeps it real with one another. While other versions of the team are usually out to get Spider-Man, this one is all about the money. That’s enough to keep them working together until the job is done. Also, don’t mess with the money because what’s the point of this if you’re going to screw it up in the end? 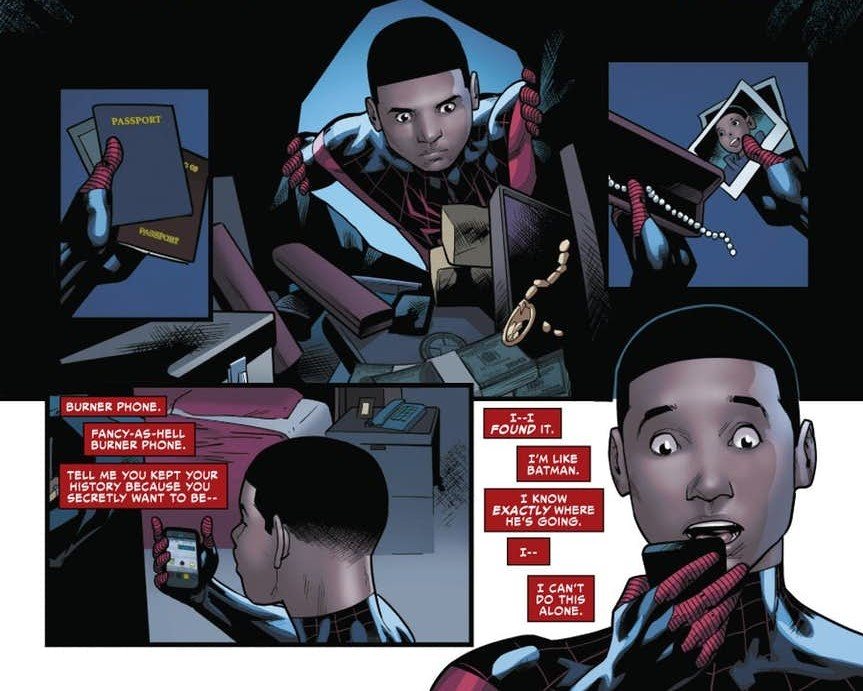 I love how the action goes down. It’s an all-out super-powered fight fest, and all the chaos is expertly drawn by Oscar Bazaldua. We finally get to see Aaron’s buyer and a lot of superpowers at play. It’s a lot to take in and Bazaldua makes sure that every character has their power on full display in each panel.

What we have here is a really solid issue. It’s going to be interesting to see the resolution between Miles and Uncle Aaron as this current arc meets its end. At first – for me at least – it was a bit surreal to see Uncle Aaron come back from the dead but Bendis has made the most of it. The dynamic between Miles and Aaron is strong and makes for some great drama.