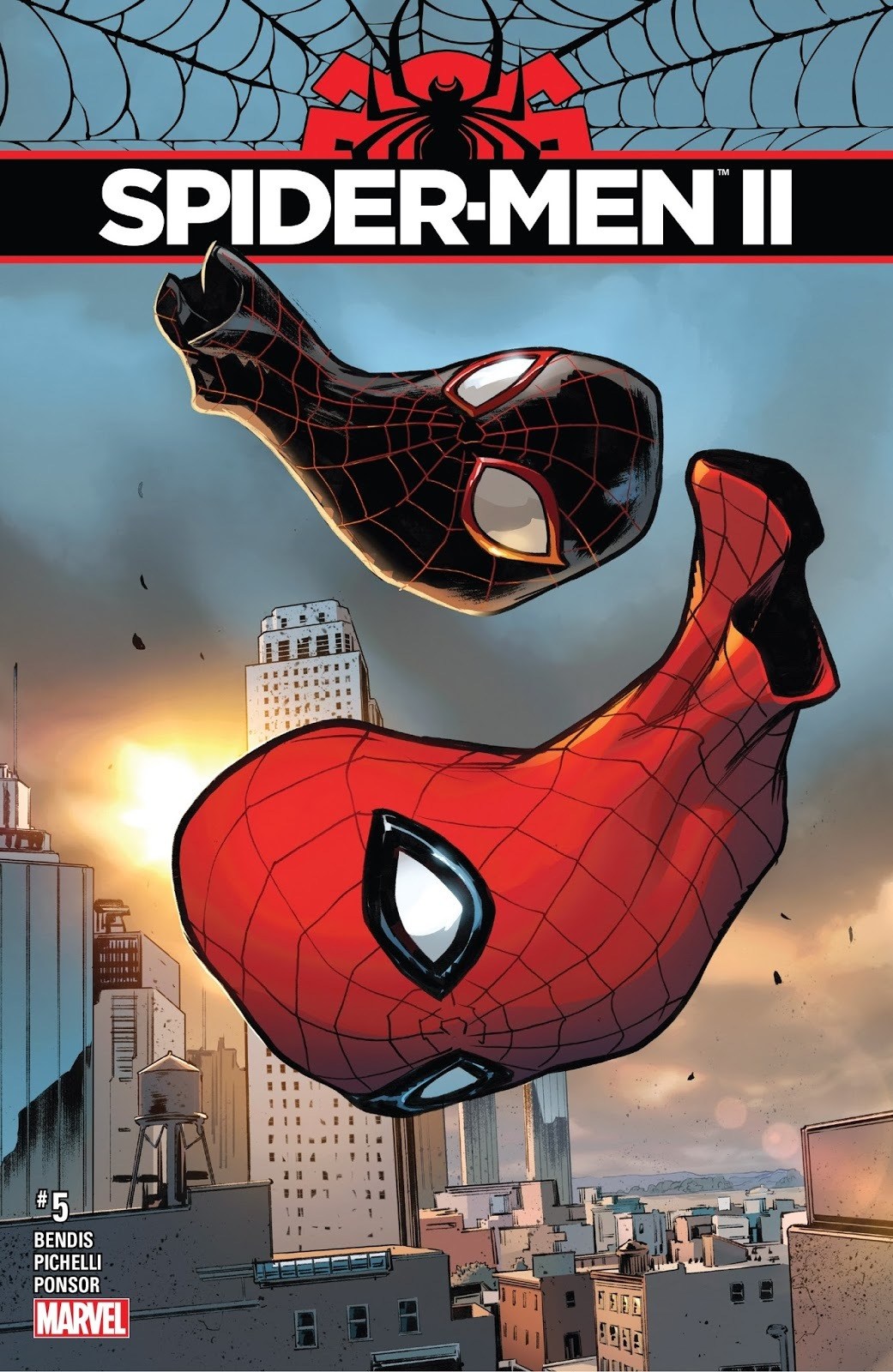 In Spider-Men II #5, we’ve reached the conclusion of the Spider-Men sequel and it’s a lot to take in. What you are taking in, however, may be hard to digest and what you are digesting may feel like more questions than answers. The series takes a different route this time around. Miles and Peter finally talk about if Miles should be Spider-Man or not.

There’s a moment of honesty between the two at the heart of Peter’s statement. Regardless, it’s hard for this not to feel as if someone is taking back a blessing. The direction of where this series was supposed to go or the questions of the 616 Miles Morales’ character don’t get that much exploration. 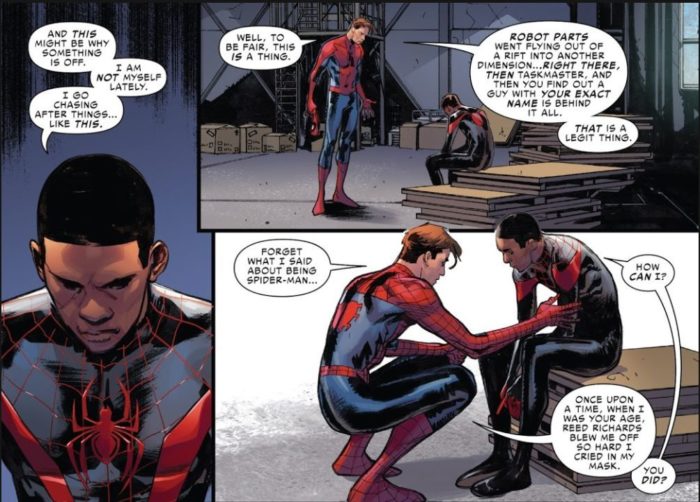 In the end, it is what it is

Taskmaster’s reappearance and fight (though upsettingly short-lived) was great to see come back around. Miles’ confrontation with the 616 Miles Morales is anti-climatic (with a twist). Closure is the overall theme this issue and much like life, you don’t always get the type of closure you’re expecting. Parker and Miles’ conversation feels like the same perspective being reiterated from Miles’ solo series.

Sara Pichelli, of course, does the damn thing bringing these characters to life. Again, this incarnation of Taskmaster, man. I was really fucking with him. Pichelli is able to fit so much on the page and make the visualizations and emotion of the characters stand out. 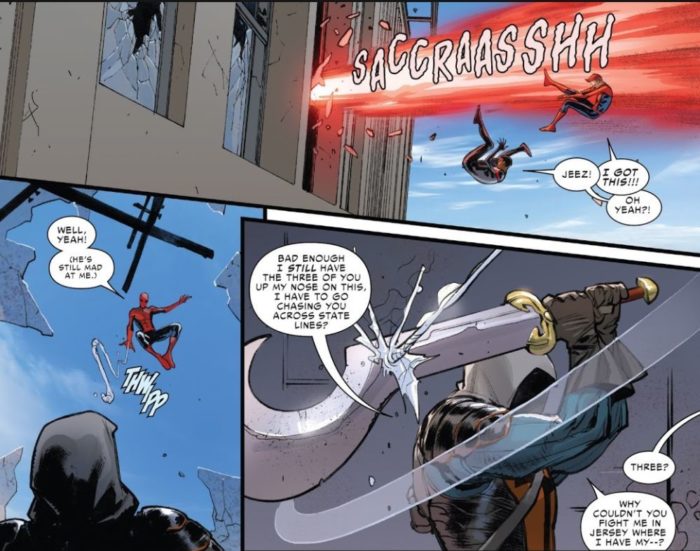 The villains really came across better than our heroes in this series and finale. The reader gets to understand more of 616 Morales’ plight and what sets him apart from the typical villain. More interaction between 616 Morales and Miles would have been interesting to see but we get what we get.

Spider-Men II isn’t the best of both worlds meeting that it’s predecessor was. Although new, we get a less is more approach with this series that doesn’t equate at the end. This almost feels like a side mission. There is a surprise at the end that may be joyous for some but may leave others saying “again?”