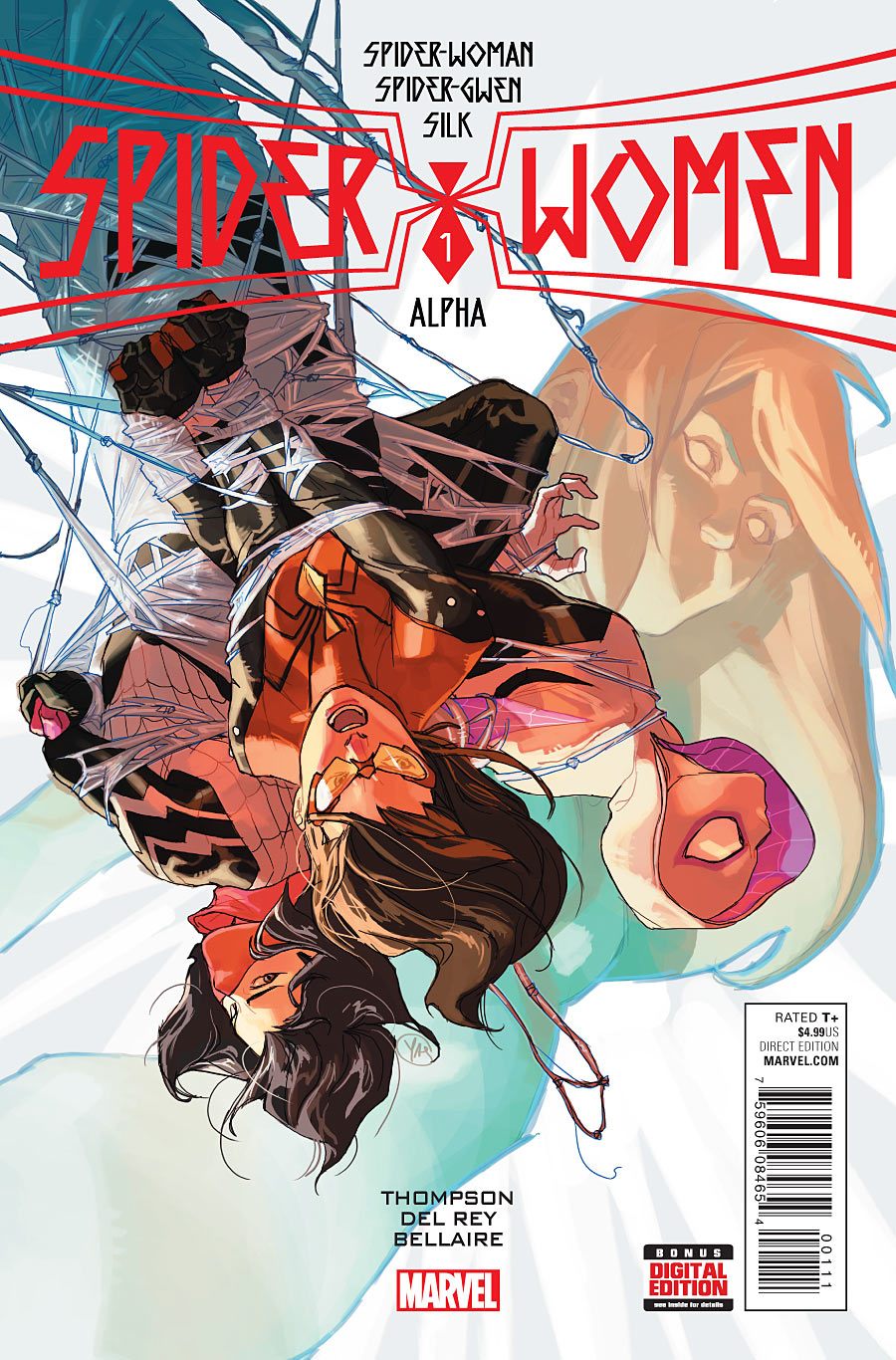 And so it begins, the 3-series crossover between Spider-Woman, Spider-Gwen, and Silk! We’ve seen quite a few crossovers lately – some well done, like Supergirl and the Flash, others not so much, like Batman v Superman – so the inherent assumption of team-ups being “good” has long worn off for most fans of superhero comics, TV shows, and movies, leaving us to judge these events for what they really are. Strip the crossover appeal away and you have something that’s engaging or unnecessary; written well or poorly; more fun or more boring. In the case of Spider-Women Alpha, the title’s launch unfortunately leans closer to the latter.

Needing to get out of her house and away from her newborn, Jessica Drew makes plans with Gwen Stacy and Cindy Moon to go out for brunch. She needs time with grown-ups, as she lovingly explains at her friends’ arrival, “You two geniuses will have to do until actual adults arrive.” And just like that, right off the jump, it sums up an entire issue of fairly awkward reading.

It’s the single most uncomfortable element of Spider-Women Alpha: that is, watching 3 people who really don’t want to be with each other. Jessica, Gwen, and Cindy share the affection of unwilling acquaintances trapped in an elevator together, minus the chemistry you would expect from such a sitcom episode. With very little wit and a whole lot of snide comments, it can feel like riding the A train during rush hour when you forgot your headphones and had to eavesdrop on everyone’s disgruntled commute. It’s just not fun – not a single charm about it.

The group can’t decide on a brunch spot so they decide to travel to another dimension, leading to inevitable drama from such an unnecessary origin.

Structurally, the art of Spider-Women Alpha #1 was fine and fairly easy to follow despite a few scenes with 3-way word balloons from all of our characters speaking at the same time. Gwen Stacy’s eyes tended to look like a character from The Oatmeal sometimes, but more than that, the panels were full of missed opportunity. At their most fundamental level, superhero team-ups should be most exciting when they work together; scenes of synchronized action or unified efforts are almost inherently badass – they’re the reason we love crossovers. Spider-Gwen and Earth-65’s Captain America working together provides a great example in Radioactive Spider-Gwen #2. 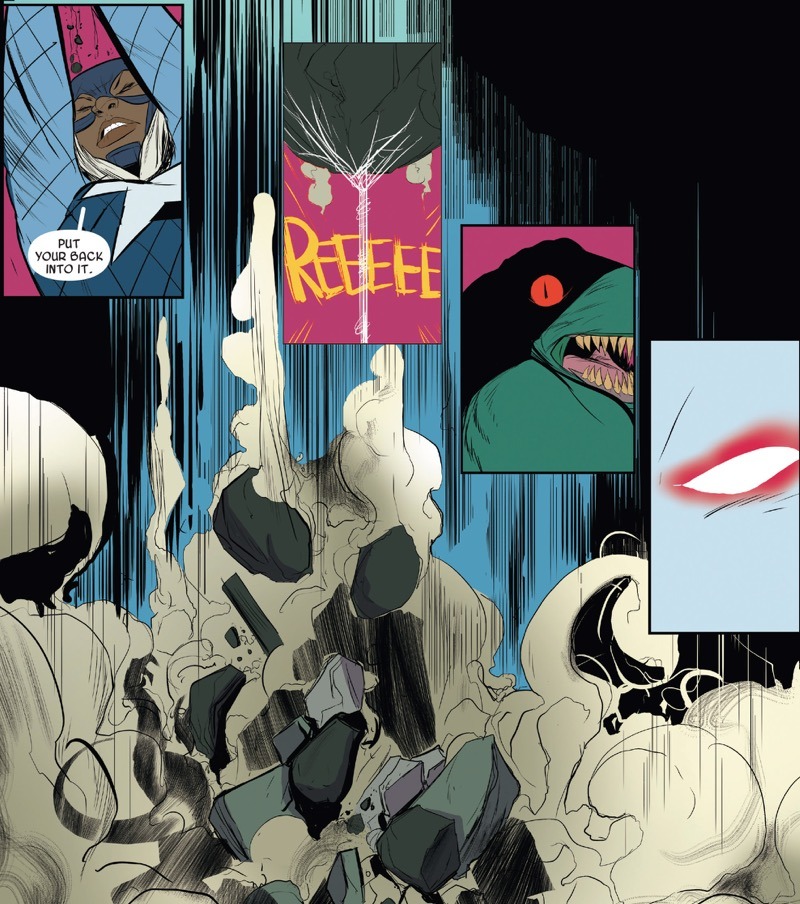 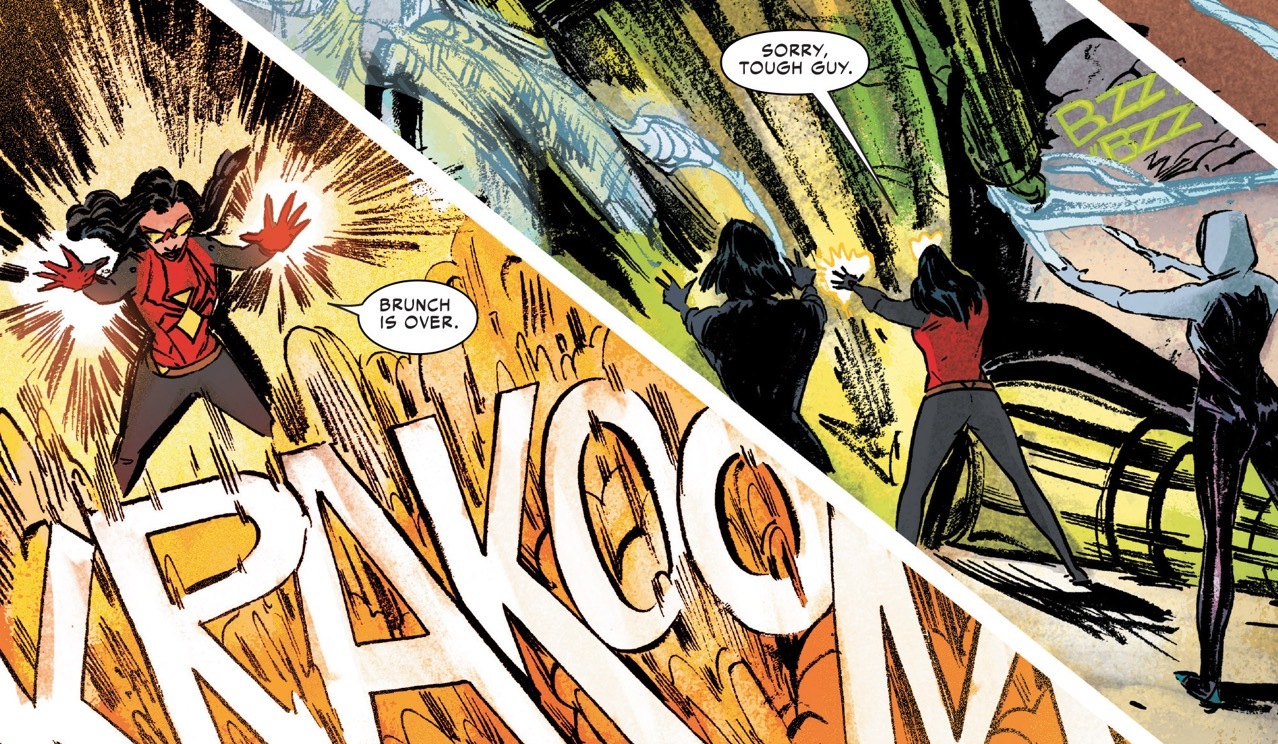 None of this is to say Spider-Women Alpha #1 was bad, but a lackluster start given the potential of these three characters, particularly one as well-loved as Spider-Gwen. Adding heart and charisma into this series, along with some much-needed chemistry, can get this book back to where a group this awesome should be. 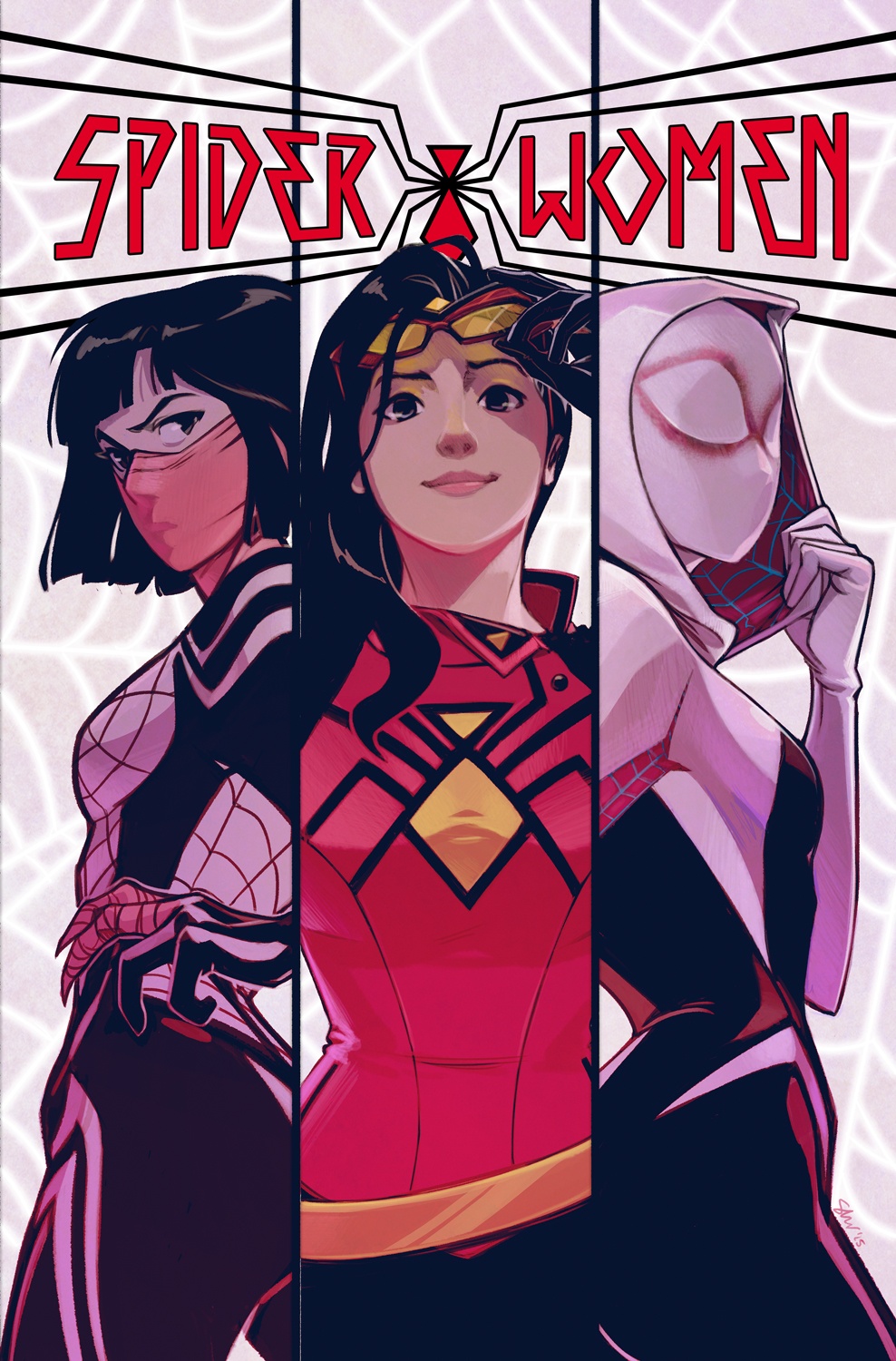 The story continues with Spider-Gwen #7, so catch up on previous reviews of her series here, as well as Silk #7 and Spider-Woman #6.