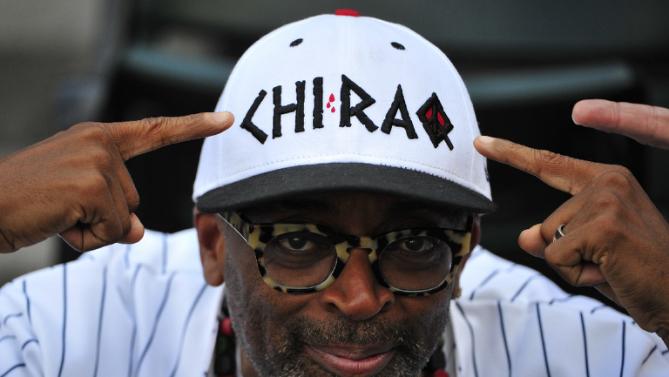 CHI-RAQ Trailer from 40 Acres and a Mule Filmworks on Vimeo.

Just cause you heard my Big Momma call me June-Bug or Poo doesn’t mean you get to. Most don’t honor the name Chi-raq here, but for the ones that do it’s their choice, our city.

Yesterday, like the rest of Chicago (and America), I ran to the Internet to see the trailer for Chi-raq. On a scale from One to Fuck This, I’d give the trailer a “He Could Catch These Hands.” You turned our children’s funerals into a Blaxploitation Greek slam poem chopped with a little Kanye West muted color music.

I will never deny what you’ve done for the Black community through film. Last year I was able to attend the Do the Right Thing 25-year anniversary screening and discussion. It was humbling to be in your presence. You were so passionate about portraying the hood in an accurate and honest light. So in my best Deborah Cox voice I am asking Spike “How did we get here?”

I’d never heard of Lysistrata prior to the trailer but as a Black woman I may be or am definitely offended that you are implying that if Black women closed our legs, our sons would be still be alive. Excuse me Mama Spike but you can have a seat in the “No Pussy, No Comment” section. If withholding sex could make changes there wouldn’t be a wage gap.

And for the record there are women hittas in this city — if you don’t know what a hitta is maybe you should have done more research in the hood. Unpopular opinion (yet still a fact): being in a gang is similar to a job or a club, there are expectations. People can’t call into work like “Look Skylar, I can’t do your taxes today because my side piece decided to hold out on me.” They will get fired, except in the streets you getting yo ass whooped. But my absolute favorite part is the implication that these men, who are willing to shoot each other outside of an elementary school, are dignified enough to not try and force themselves onto a woman if she says no. You must not know what it’s like to ride the Red line alone? 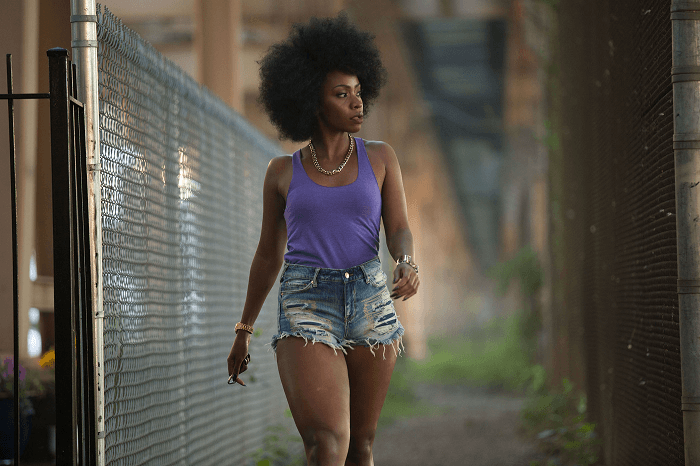 I am not saying the topic of the film is not needed but can it at least be about Chicago (or made by a Chicagoan)? The day before the release of the trailer, 9-year-old Tyshawn Lee was shot in the head and chest, just a few blocks away 20-year-old Kaylyn Pryor was gunned down, and the 15-year-old boy that was with her is still in critical care. These are not tragedies or fables, we are not removed from this pain. We are still mourning and fighting and breathing and raising Black children in this city. What hurts the most about this is how careless this trailer feels, how statistics and experts talk about our dead like they weren’t just playing ball down the block a few breaths ago.

How would you feel if a stranger came into your home uninvited and started live-tweeting about your crackhead auntie? No, that’s my crackhead auntie, only I can call her a hype. These thugs, shooters, gangbangers are our family too, our blood too. I don’t condone, support, or romanticize murder but I do know many of my family members could be on either side of the trigger.

In closing Mr. Headass, I don’t hate you, I just don’t trust you with my grief. If this movie was directed by Tyler Perry I would still be pissed but I wouldn’t be giving it this much time. I expected more from you. I expected you to give a damn.

P.S. Please don’t even form your lips to tell me you thought we’d accept Nick “Wild N Out” Cannon as the lead. Nick Cannon is as thug as a sweater vest or a Mariah Carey turned Jesus-on-the-cross cover-up tattoo. 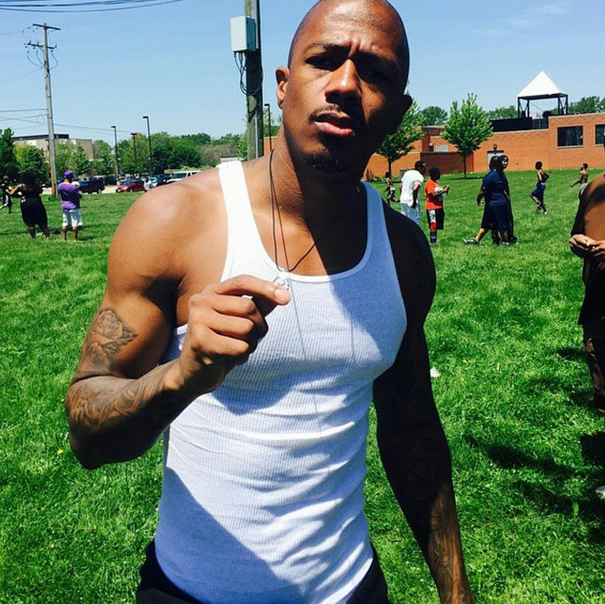