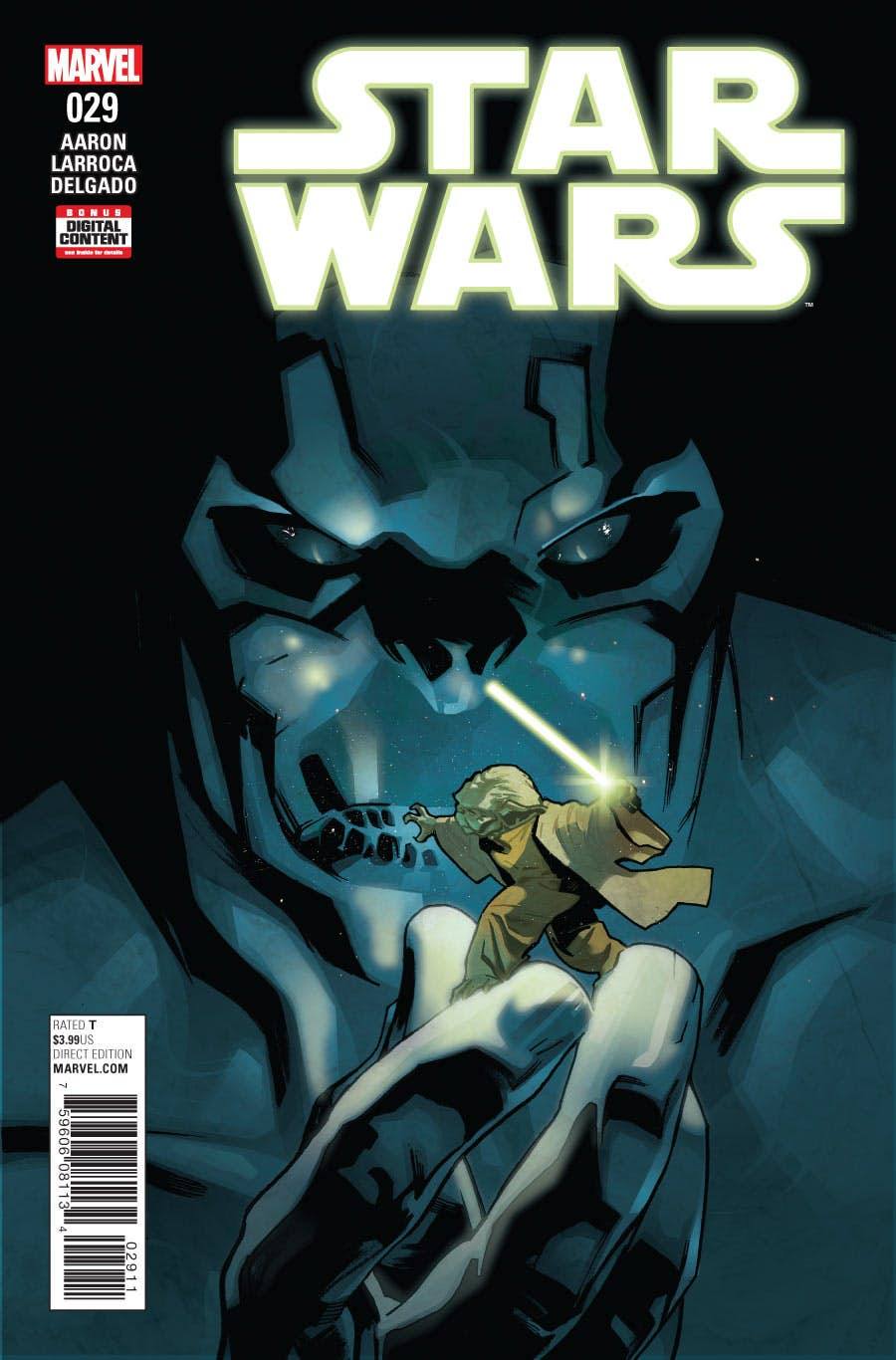 Star Wars is an incredible book. We know that. I’ve established this month after month on this publication. If you have to be told any further about the absolute glory that is Jason Aaron’s Star Wars series, I’m going to begin questioning your basic comprehension skills. But the great thing is that Aaron isn’t afraid to veer off in a slightly different direction at the risk of the results being less than good.

With that said, issue #29 takes this storyline about one of Yoda’s more memorable adventure down a very strange path. Usually, Luke reads a passage for his secret Jedi journal and it gives our hero some insight into the next steps on his journey as a burgeoning Jedi. That didn’t happen this week. This book went from Yoda learning some primal version of the Force to something odd that I’m not even sure I can describe, a) for fear of spoilers, and b) after reading through it twice, I’m not entirely sure about everything that took place. On one hand, it’s a book about the crazy stuff that happens in the in-betweens of this never ending war between disciples of the Force. Sometimes, that’s going to result in some wacky sci-fi antics that move into the realm of the esoteric. On the other hand, Aaron sort of lost the plot. Bare in mind this started off as Luke consulting the journals to find a way to save C-3PO from the Empire. By the end of the issue, you will see that this story has taken Luke Skywalker so far off track, even he himself seems a little surprised that he ended up there.

Salvador Larrocca’s artwork is pretty serviceable but still seems a bit unfinished. Despite that, there are some particularly cool, ominous moments once the “mountain’s” big reveal became more apparent. It’s definitely not as on point as his work on Invincible Iron Man but it’s decent enough to get by.

Bottom Line: It feels like the momentum has fizzled a bit, but even at half speed, what we’re given is ultimately readable. I just wish it hadn’t veered so far over to the dark side.