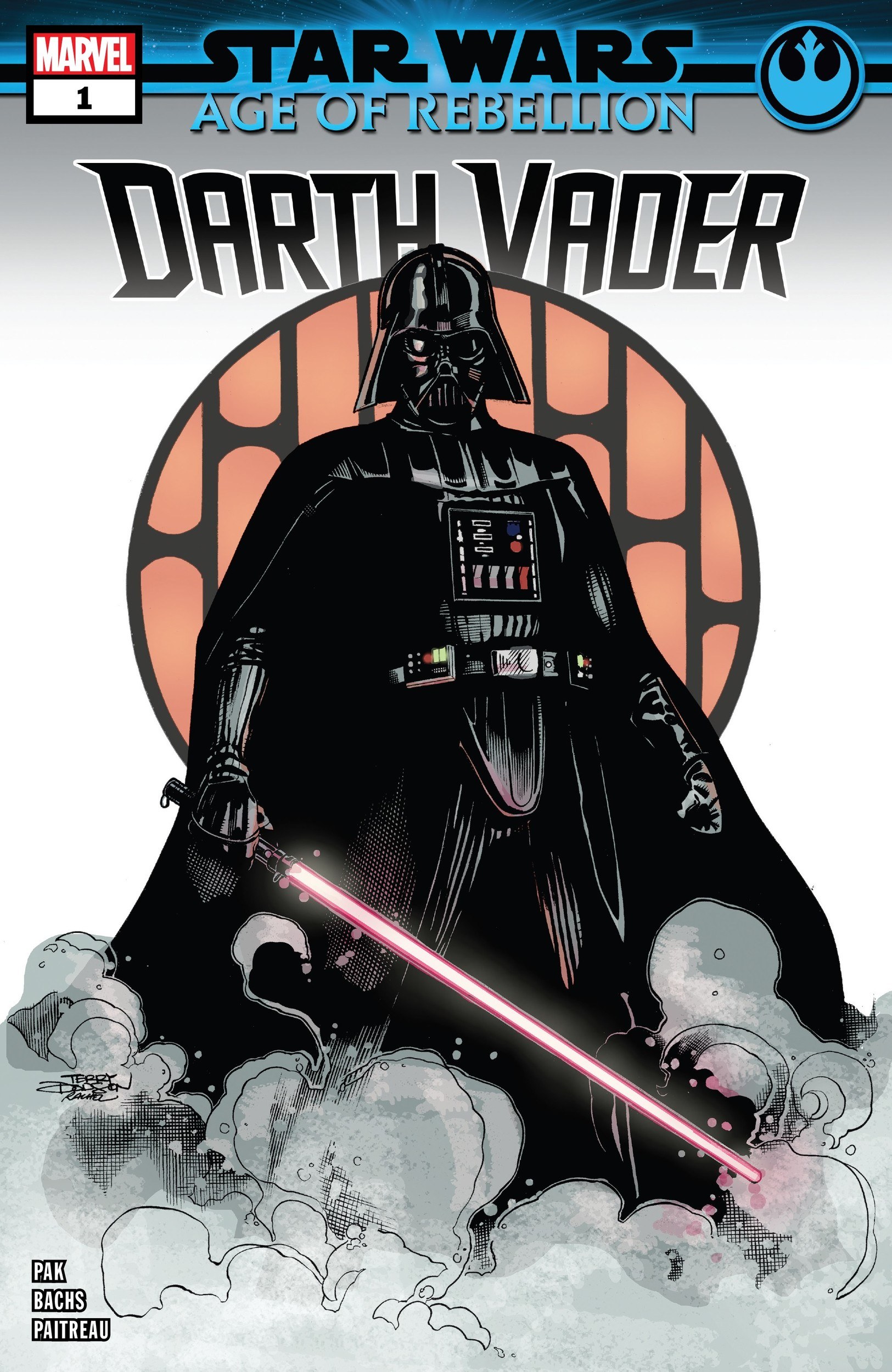 What do you do with an iconic villain’s interquel story? A character whose entire history, legacy, and impact has captivated audiences for decades and now, you have an opportunity to peel back the curtain just a little bit and offer a glimpse into an untold portion of their time. Greg Pak, never one to back down from a challenge, aims to show Vader coming into his ruthlessness. Star Wars: Age of Rebellion – Darth Vader aims on distilling the brutal lethality of the character in a single issue that aims to remind how truly terrifying the Dark Side can be.

Opening on Namzor in the Mid Rim, we see an Imperial Star Destroyer releasing its legion under orders of Governor Ahr. Ahr is your typical white man in middle management with a troublesome employee, namely: Darth Vader a.k.a. The Emperor’s First. It appears that the Emperor has loaned out Vader to take care of the fight on the field and we get a spectacle of a showcase between aerial dominance and furious melees. Bachs captures the fast-paced action of combat in true Star Wars fashion with a signature flare that is just cool to look at. Part of loving the Star Wars universe is loving the spectacle, something this issue knows and delivers. 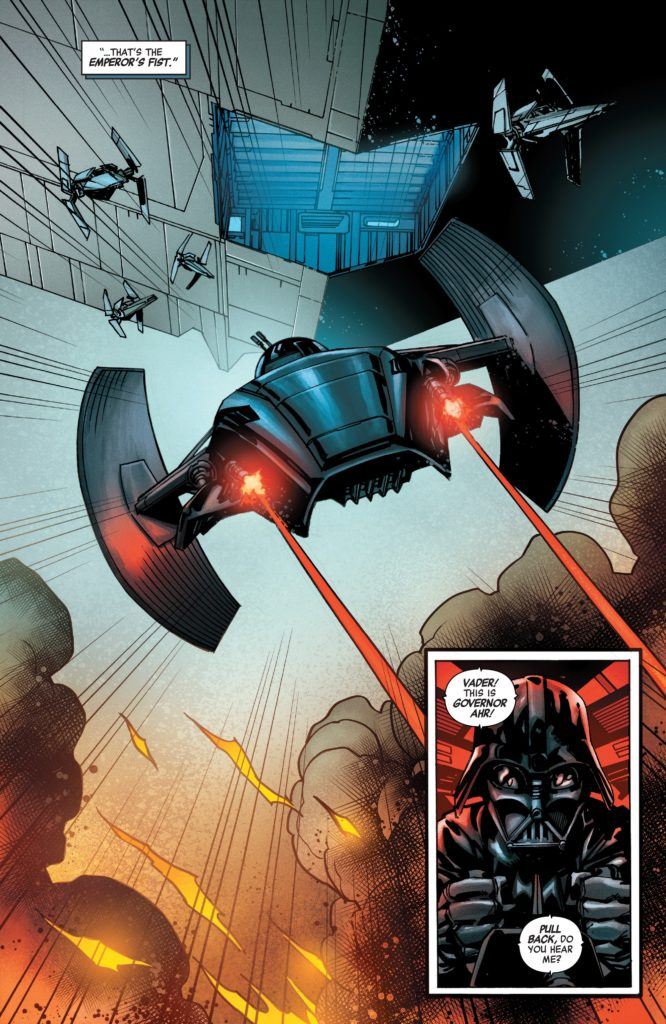 The build up to the grand lesson, the hidden anecdote of the story, is well crafted and well thought out. It’s not entirely new or surprisingly, but it is comfortable. It still elicits a smirk when the title of the issue clicks into place, and while we don’t get anything new – the ride is fun. The Age of Rebellion stories have the difficult task of providing more stories for familiar character, but Pak continues to try and find an interesting perspective to mull around it and provide with a short, neat little tale that, alongside Bachs’ artwork, still gives us a worth while read.