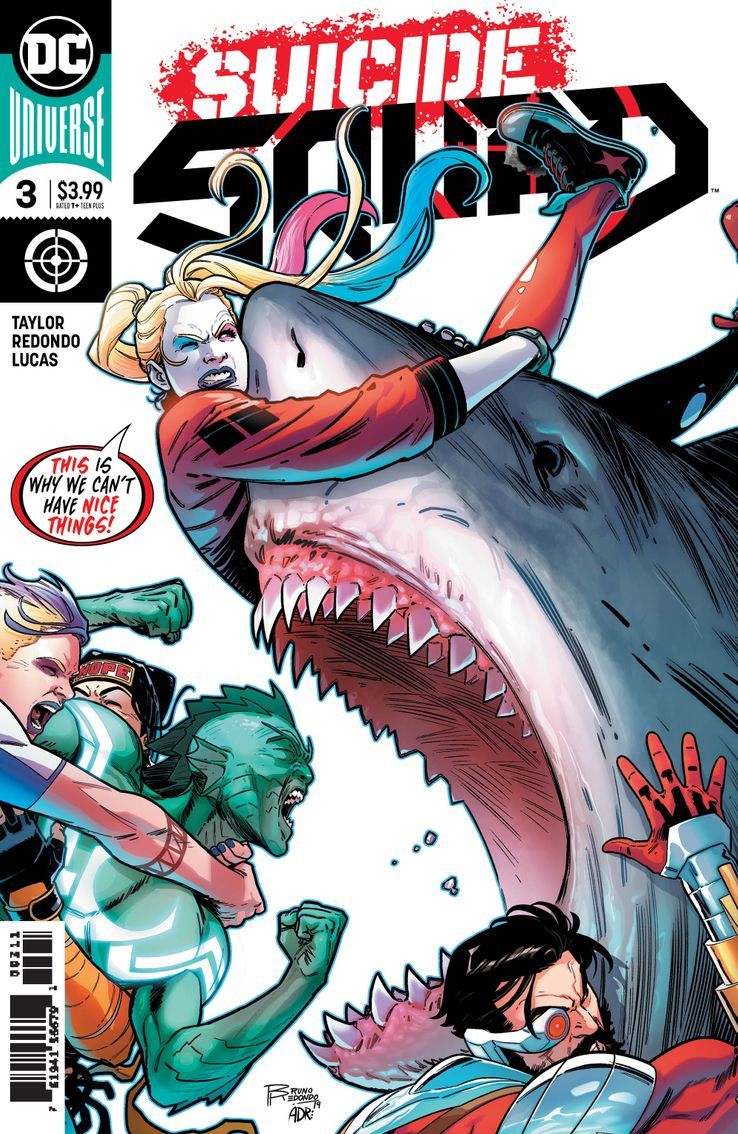 I’m genuinely glad I decided to stick with Suicide Squad for my review cycle so that I could read this issue. Everything was enjoyable about it! The story was a proper balance of exposition and action, and the art is great: especially some of the layout choices made by Redundo to make it feel as if the characters were moving on the page.

Issue #3 of Suicide Squad picks up with a mission to install a new president in a foreign country. It’s gotten totally F.U.B.A.R. after he was shot in the head and the new team is left to try and pick up the pieces. After being electrocuted by a fuming director, that is.

It’s soon revealed that the mission was a s*&tshow from the very start and the powers that be were just acting accordingly. There’s a plot afoot! And it goes deeper than one might expect.

I won’t spoil too much of the plot because you genuinely should read it for yourself because the plot twists in this issue are handled perfectly. But I will say a couple of things.

1.) Fin gets his. And it’s glorious in all the right ways.

2.) Forget the great plot development. The character development here is *chef’s kiss*. We get lines from Deathstroke like, “Sorry, this is the first conversation I’ve had in years where someone with the power to kill me wasn’t listening in.” DO YOU KNOW HOW INSANE THAT IS??? That one insight basically explains half of the entire character’s personality!

3.) Harley Quinn continues to be a delight in everything she does, but especially shines when she’s in a comic book surrounded by people who don’t know what to do with her. Her commentary is hilarious, as always and she makes light of otherwise dark moments.

Taylor is having a blast writing this, you can just tell. And Redundo’s art is beautful and efficiently used. Bravo to those two.