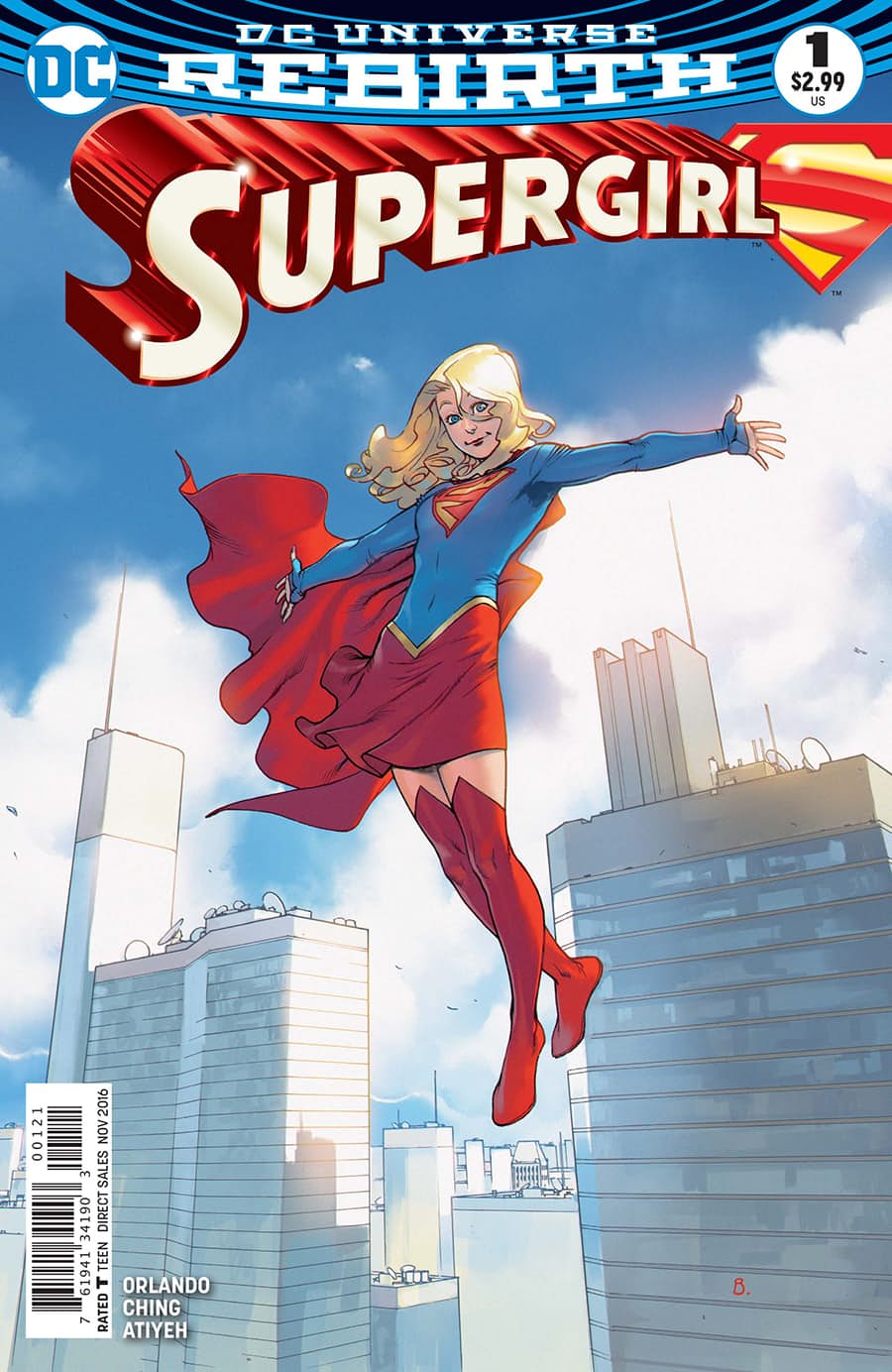 A familiar entry point for any fan of CBS’ Supergirl TV series (now moved to the CW’s Arrowverse), Supergirl’s DC rebirth has many of the usual suspects – Kara, Cat Grant, the DEO – but with enough variation to feel like a different enough story. Kara must adjust to earth and learn how to juggle being a superhero, earning the trust of the DEO, and surviving life as a regular teenager with minimal embarrassment, all while dealing with the emotional trauma of having lost everything she’s ever known. It’ a hook that’s probably too familiar, but written well enough to where it should be engaging for most fans, new or old, at least for now.

Where it’s probably too similar is to last month’s Supergirl: Rebirth #1, making this issue read a lot like a “Previously on Supergirl” summary of what you may have read already, with different details in overall identical thematic picture. In that way, the same holds true for the series now as it did then: a standard fare so far, with the opportunity to exceed expectations when the series begins to come into its own.

Brian Ching’s art adds a more playful tone with the certain cheesy features like hulking bad guys and red, yellow, and blue streaks behind Supergirl’s flightpath, and whether you like that stuff or not – I generally don’t – it fits. More importantly, the panel layout does well balancing flashbacks with present-day Kara’s struggles, juxtaposing against one another clearly and effectively. I expected Kara’s teen struggles to be my least favorite part of the series, but in Supergirl #1 it turned out to be what I enjoyed most.

Overall, a solid start to a book that will hopefully soon reveal its identity. I’m still cautiously optimistic, but even in its worst case scenario it seems Supergirl’s story is in good hands.