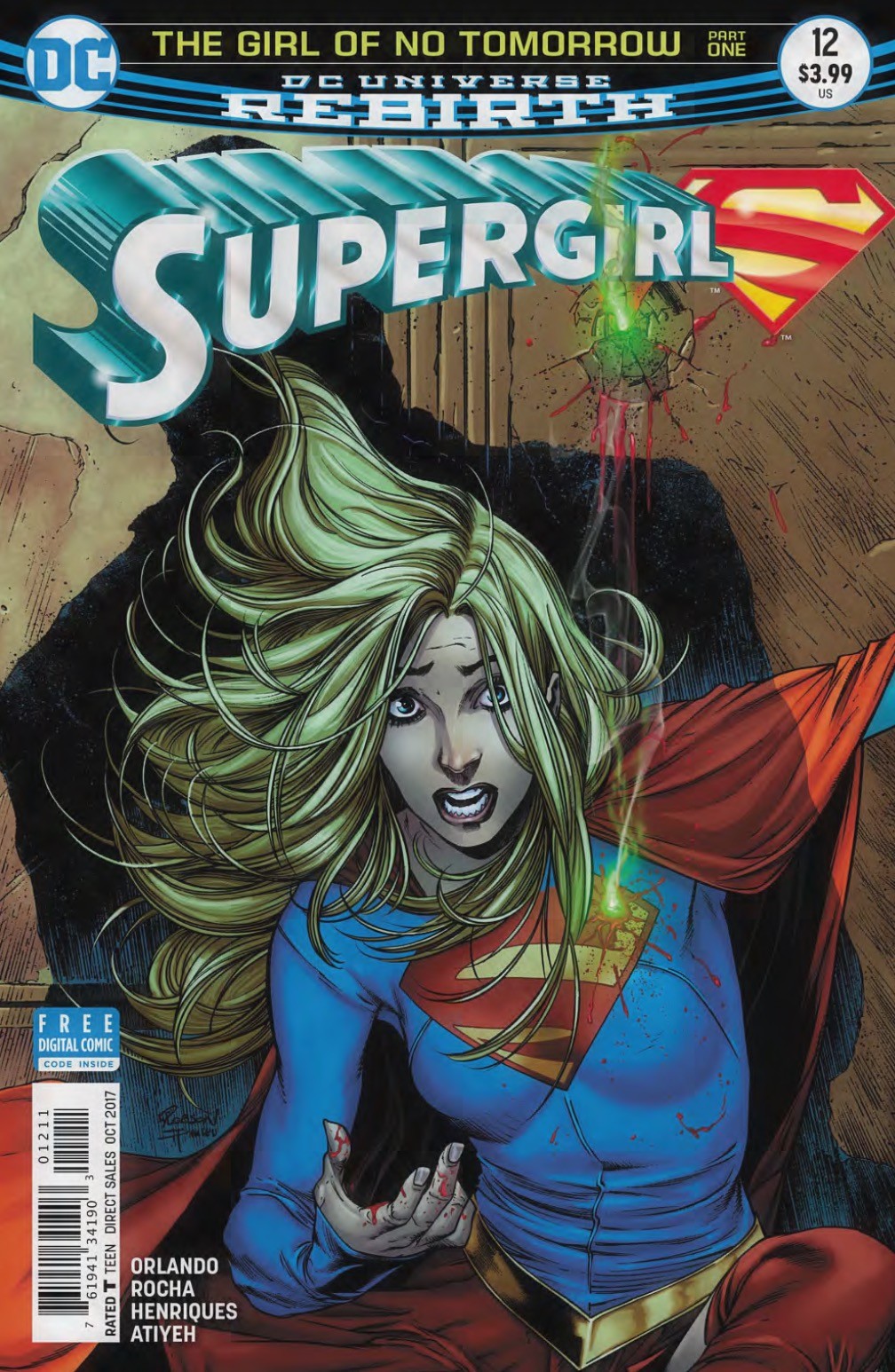 Robson Rocha has brought the best artwork we have seen so far on Orlando’s run of Supergirl and The Girl of No Tomorrow arc begins as strong as any we have seen so far. We begin where issue #11 left off after Kara escaped the Phantom Zone to find Cat Grant waiting to betray her and blasting her from a Catco balcony. The cliffhanger pays off this issue on two levels – we do not know exactly why Cat shot her but there is an apparent reason that lends mystery to the series, and while we know the shot would not kill Supergirl, it does affect her powers in a profound, long-lasting way. Kara’s powers are turned up to 11, and while that seems awesome for a fight, she cannot control them. The sensory overstimulation is enough to drive a person insane. Going to school in such a condition is dangerous if not simply unwise for someone hiding a secret identity, but we can forgive that much. 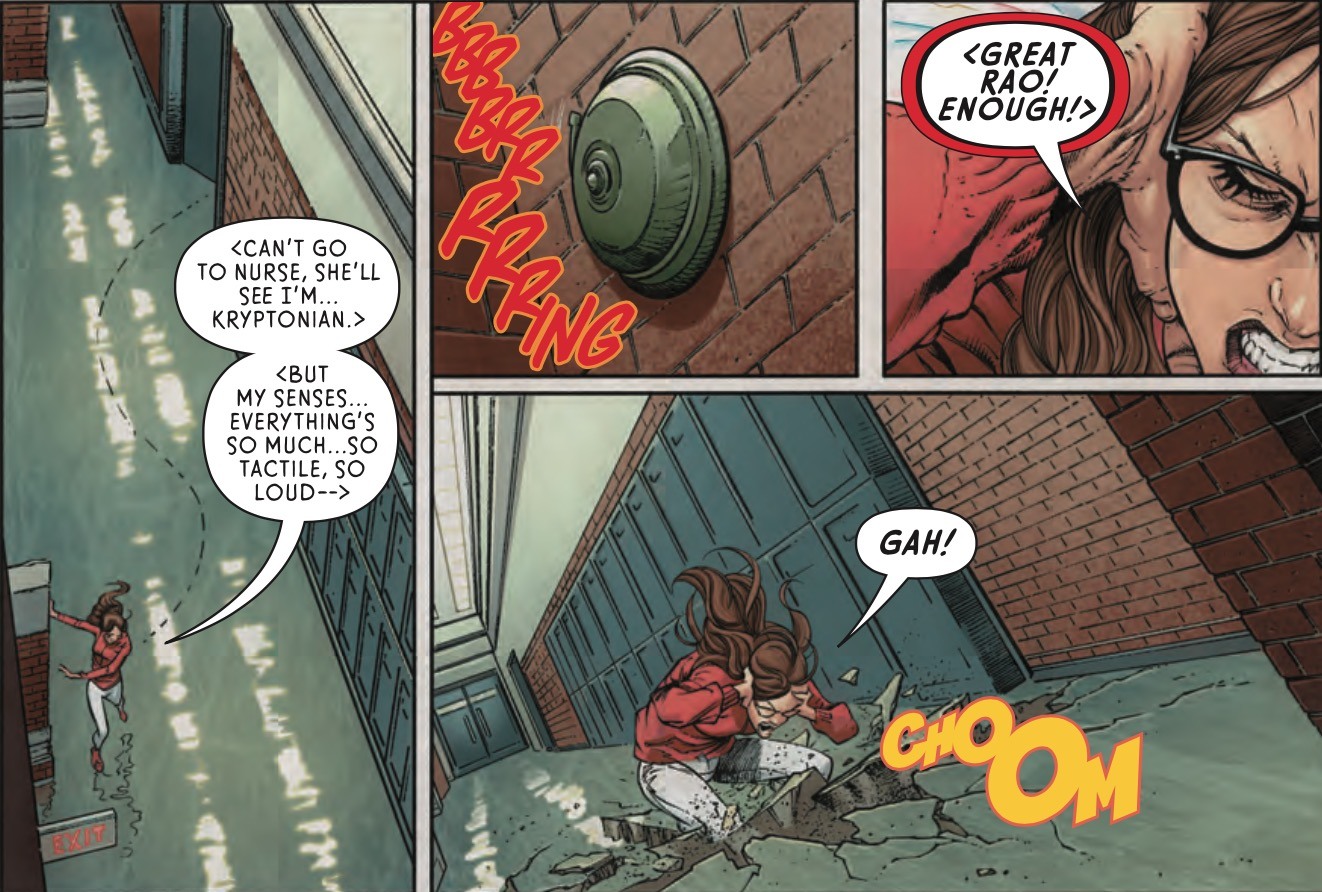 Meanwhile and unbeknownst to Kara a team of villains are forming behind her back and traveling from the future to kill her. With a team of 5 villains it might be hard to give meaning to each of their drives to kill Supergirl, but they are effective as a clear threat in what seems to be a straightforward story arc this series can thrive with. An immediate threat from the Fatal Five, intrigue from Cat Grant, and a little heart from a visit from Supergirl to her dad; add the artwork of Robson Rocha, Daniel Henriquez, and Michael Atiyeh, and we have a fun Supergirl series again. 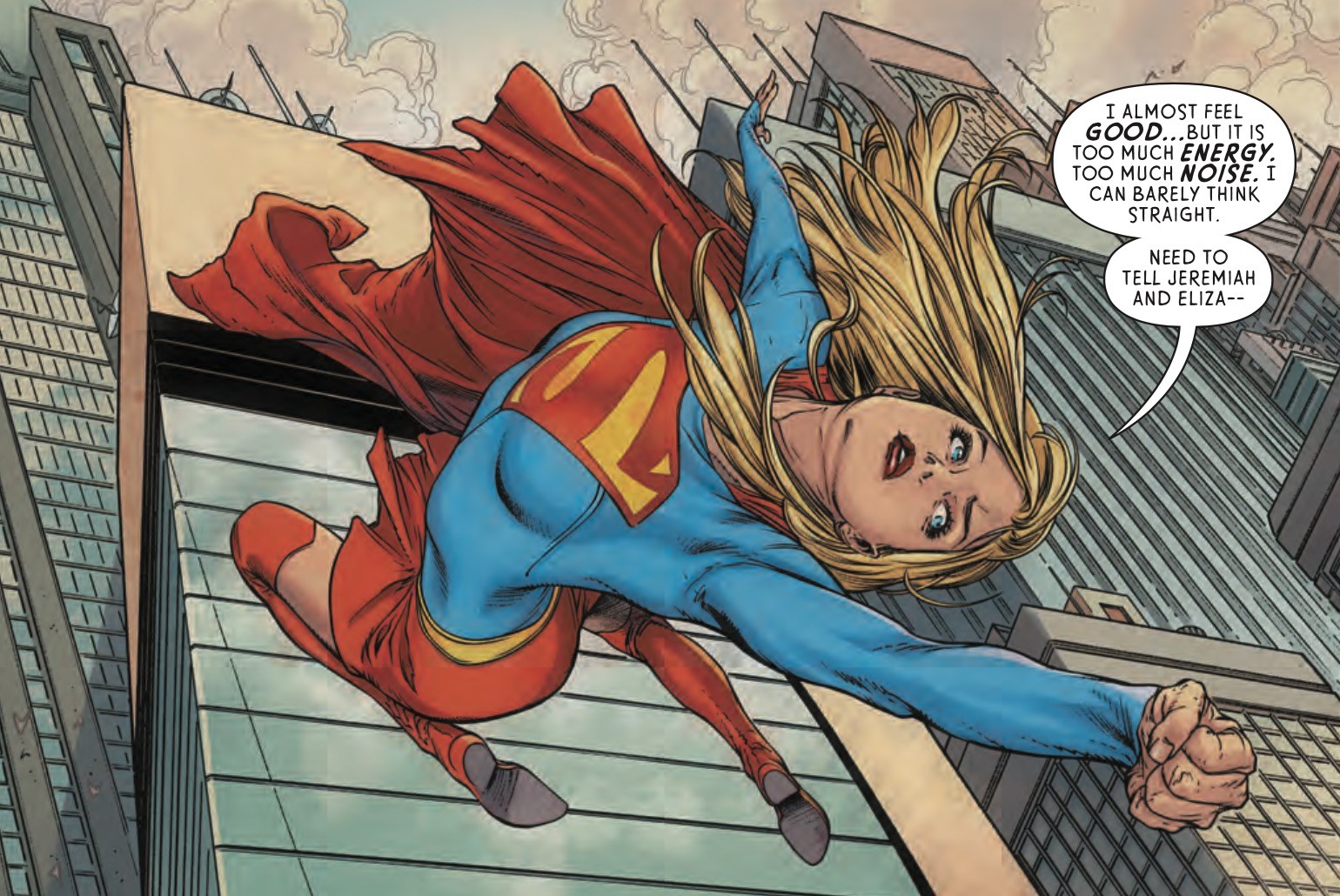 If this is the new baseline for Supergirl, consider the series revived. Looking forward to seeing where this goes, and if it can prove better than anyplace this series has been.