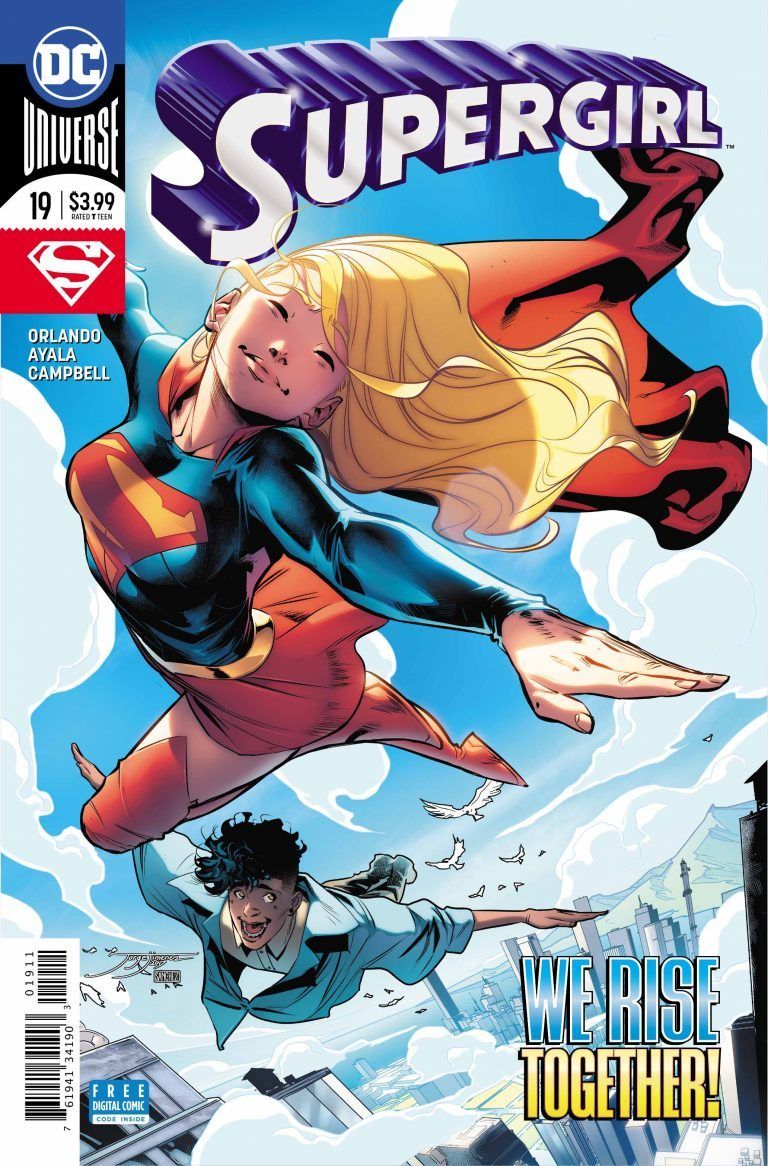 This turns out to be the penultimate issue of this run of Supergirl, as the series is being canceled with next month’s April 11th release. It makes for a premature end to a story that never quite found its stride, offering more promise than it ever managed to deliver, though it kept us hoping with flashes of intrigue and potentially new emotional challenges for the Girl of Steel. We can now accept that it will never pay off the way we hoped, but this issue will be remembered as a “very special episode” standalone that brings out the quintessential charm of Kara Danvers. A non-binary teen named Lee struggles with their identity, and Supergirl is there to be a friend without taking over, speaking for, or stepping on that person’s narrative. Supergirl #19 serves as an instructional tale of allyship.

Jamal Campbell stands in with a very different style of art than we’re accustomed to seeing in the issue. The tone changes to a more serious one, which is befitting of the subject it’s meant to tackle but also helpful in shaking off some of the excessive goofiness of the series. Is it still light when it needs to be? Sure, and it even ham fists a winking scene, the type that feels ubiquitous in this series, though if you have been following these Supergirl reviews you know this reviewer is hardly a fan of them. Still, the style and colors make for a beautiful National City and an especially awesome-looking Supergirl (especially in a panel that shows an imaginative evil Supergirl, so dope that it demands a series unto itself).

Overall, Supergirl #19 is a refreshing change from the series as it’s been. It all makes us wonder what this series could have been with this look, a stronger direction, and a bit more time. Alas, we’ll bid farewell to Kara Danvers and this CW-esque run of Supergirl after April and look forward to the next when she returns. If you find yourself in mourning, and you haven’t yet, pick up Mariko Tomaki’s Supergirl: Being Super coming this summer to paperback. It’s the best recent run of Supergirl you will read, guaranteed.