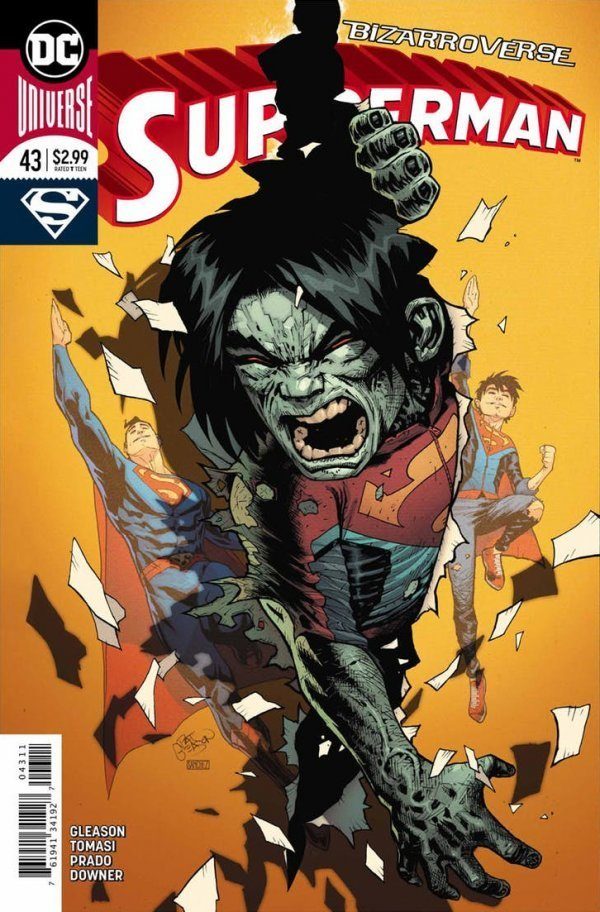 Gleason and Tomasi know how to layer a story. They have the ability to rattle off exposition so naturally and effortlessly, you question how long it took them to craft such excellent storytelling. And we’re not just talking how Superman #43 ties into Superan #42 No, we’re talking about how Gleason and Tomasi have curated a fascinating cast of secondary characters that have interacted with the Superfamily over the last two years and have recurring roles that continually highlight the central themes of the Superman mythos. It is nothing short of master craft.

After quick glimpses of Kathy (codename: Beacon) and Maya (codename: Nobody), as well a couple panels with Lois and Clark, we pick up with Superboy and Boyzarro and Jon doing his damnest to relate to his mirror-counterpart. And let’s be clear: Jon Kent has been the standout, breakout character of DC Rebirth in my eyes. He is a mixed kid full of joy and empathy desperately trying/fumbling his way to being not just a good hero, but a good person. Jon’s not fighting omnipotent forces with godlike power. Jon’s working with the outcasts and the downtrodden and trying to bring out the best in the people he meets. And it’s weird to use this word, but it’s been delightful to see Superman be a parent. 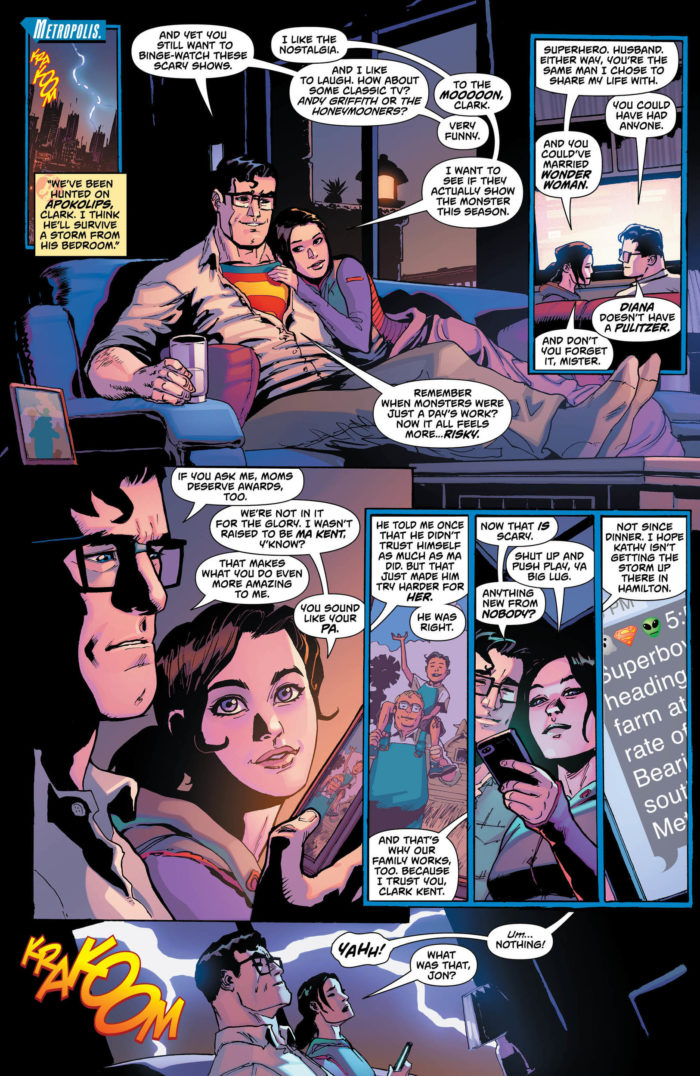 As we continue to delve into the Bizarroworld, Gleason and Tomasi are clearly having a blast. There are dozens of meta-textual commentaries laden alongside fun pop-culture references and callbacks. The Bizarro dialog is as confusing as ever. The art is beautiful. And the story they have set up is so ambitious. Gleason and Tomasi are sneaking an entire Bizarro-universe into the last few issues of their run, and they are doing it brilliantly. The Bizarro-counterpart-cast is not something I knew I wanted this badly until I read this issue and two weeks feels way too long for the next installment.

Superman is just… fun. It’s the type of story that you can appreciate whether you’re enfranchised or new to the series. Gleason and Tomasi have curated such a wonderful sandbox and they continue to deliver stellar storytelling.