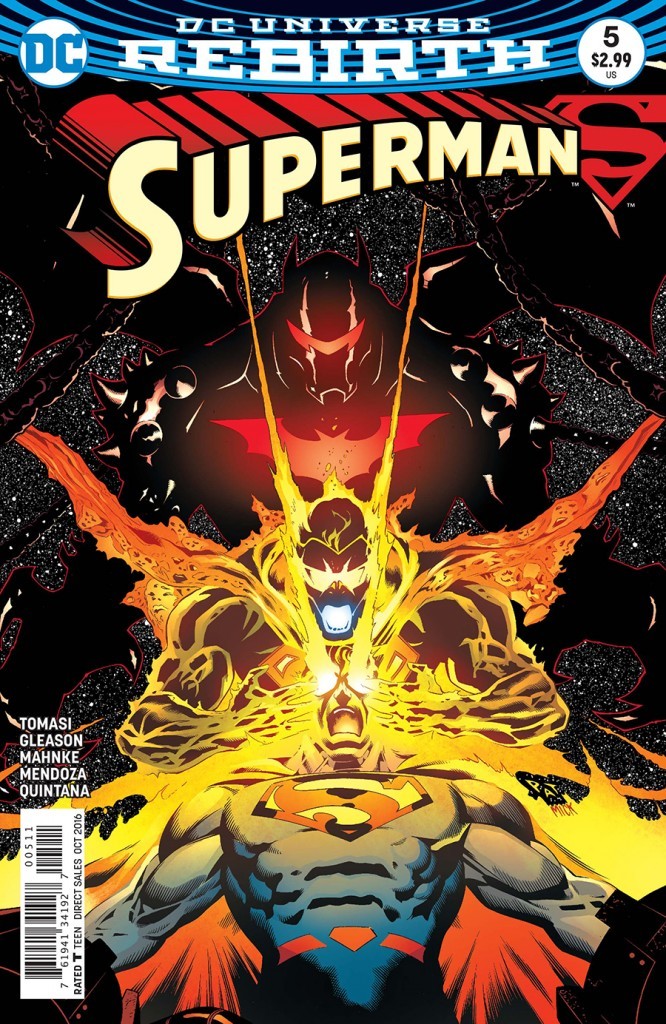 Oh. HELL. YES. If ever there was a comic that could make you fall in love with the story of the Super family, this is the one. Where last issue felt packed with exposition and new characters, issue #5 returns us solidly to what it means to fight for the survival of the ones you love.

Too often Superman has been historically characterized as this strangely overpowered punching machine (mostly to make our human Batman look better by comparison) with a god complex, saving the day an act of ego rather than compassion. Time and time again, however, this comic forces Clark into positions where he must sacrifice his pride for what’s right, and he does so without hesitation— because he’s Superman. What’s more, this Clark displays the Kryptonian super brilliance that many writers seem to forget he’s gifted with. Not only does our Superman assess how best to keep his family safe, but he also simultaneously strategizes on how to protect Metropolis and the souls of his Kryptonian ancestors, all within seconds and without panic. Just like solving intellectually thrilling mysteries are the crux of what make Batman comics engaging, Superman’s stories really come alive when he is pitted up against challenges that cannot simply be solved with his powers, such as moral dilemmas.

Of course, it would not be a Super family without Lois and Jon and both characters shine through best in this comic in the face of a crisis. I really cannot praise enough how motherhood has only sharpened the aspects of our daring reporter that we already love, giving her skills of observation and fearlessness even more poignant meaning. This is a group of people that the reader truly believes in, not because they reflect the idea of some traditional nuclear family, but because they clearly deeply care for one another and are keenly sensitive to one another’s strengths and weaknesses and how they are able to support one another. We’ve already seen Jon’s powers mature in just a handful of issues from mysterious and unpredictable to a certain amount of precision and strength, and I believe that with both of his parents’ guidance we will see his character grow into a more brave, bold, and compassionate member of the cape community. 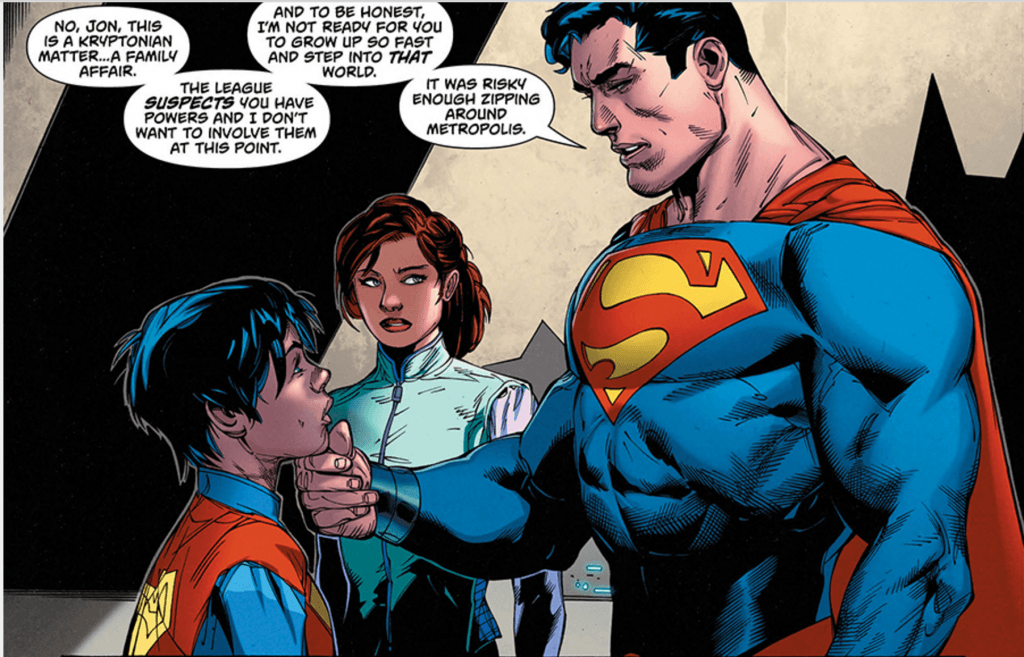 As always, Gleason’s stunning artwork and Wil Quintana’s gorgeous colors elevate an already riveting narrative to a cinematic level. In fact, if DC Comics is considering rebooting their Superman story in the movie verse (as they probably should), I highly suggest starting here. I’d certainly pay to see it.

9.5 mama bears out of 10
Are you following Black Nerd Problems on Twitter, Facebook, Tumblr or Google+?
2 Shares