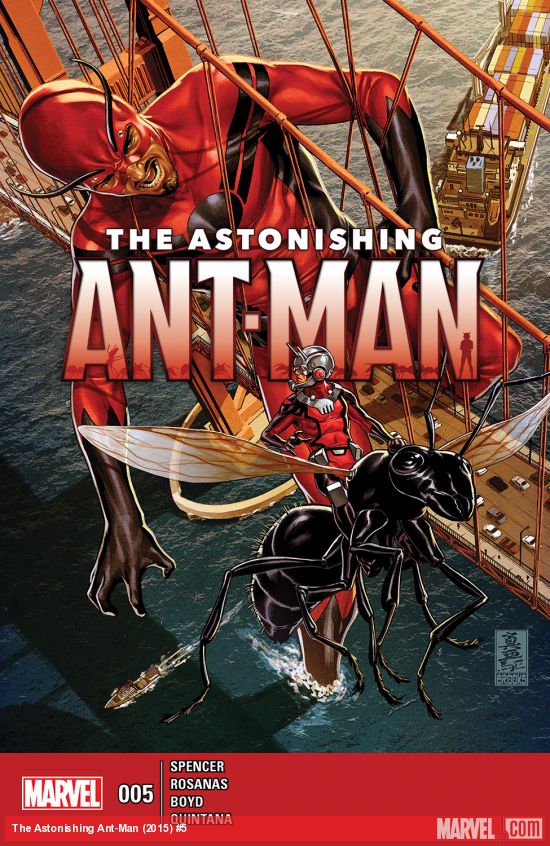 The best things about Ant-Man are everything it does differently from other comic books. Scott Lang isn’t a brooding hero, he isn’t a hand-to-hand expert, and for the most part he isn’t even liked that much by his superhero peers. Scott is the everyman of Marvel in every sense of the word. We saw it back in his annual last year when he handed the mantle of Giant-Man over to Raz Malhorta. It was a heart-warming gesture, but now we’re going to have to see Scott take responsibility for his decision. Raz’s run as Giant-Man hasn’t been going so great and The Wasp contacts Scott Lang for an explanation on why the newbie was handed the rock.

Jan scolding Scott may be fair, but we’re seeing how his status as a 2nd or 3rd stringer sets the tone for heroes higher up dealing with him. The best part of this is how Scott still sticks up for Raz and is willing to give him the benefit of the doubt. Spencer is a genius in highlighting Lang’s charm, man. He’s such an underrated guy trying to do good with a good head on his shoulders that keeps getting the bullet in the Russian roulette spin, but he doesn’t let it get him down.

I love reading this book because I’m always on Scott’s side. There are times you read other books and know the hero is fucking up when everyone is calling them on it, and you are too, but with Scott Lang I keep finding myself jumping to his defense. I’m getting mad at the Wasp, like chill, you don’t know what the gawd of the shrink game is going through. You don’t know that ex-con, ex-husband, and having-your-kid-pissed-off-at-you (when you were attempting to keep them out of danger) life. 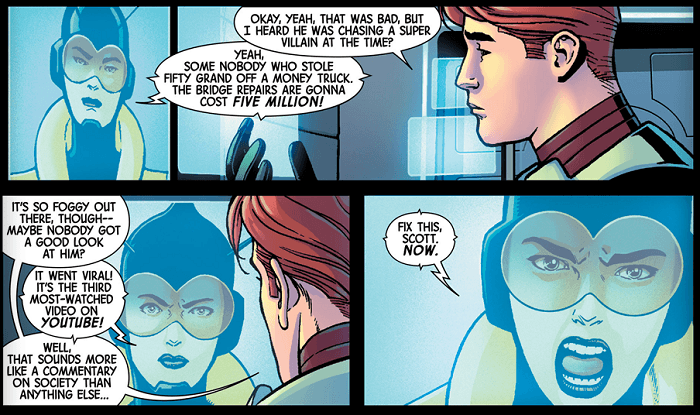 We see Scott take Raz under his wing and not give up on him. We also see Power Broker launching his comeback against the Lackey app that has been trying to steal his shine. We get a bit of a team up that ends… well, it ends unexpectedly. Let’s just leave it at that. More importantly, Power Broker is giving a damn near concert for the launch of Hench 2.0 and its additional app, which has a feature that’s really going to turn Scott Lang’s (and other hero’s) world to shit. Rosanas is of course spectacular on the art, per usual. He is truly the perfect tag-team creative partner for Nick Spencer.

This book is still going strong and I highly suggest jumping on.