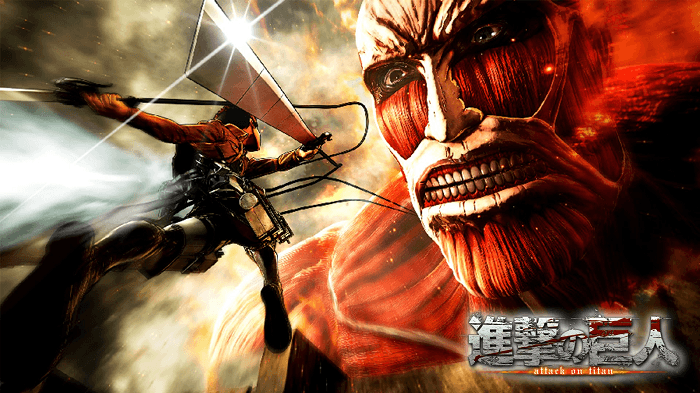 As if it weren’t enough that we just found out that we’re getting another season of Code Geass, now we get to relish in the reveal of the season two trailer of Attack on Titan. It’s been a long time coming for fans of the AoT anime series, but we will get to rejoin the grisly adventures of the Scout Regimen in April 2017, when the series is set to return.

With its almost oppressive amount of violence and tragic character deaths at the hands—or teeth, to be more accurate—of the titans, AoT is not exactly what you’d consider a happy holiday treat, but nevertheless, fans return for the action, the intrigue and the absolute badassery of characters like Eren Jaeger, Mikasa Ackerman and Captain Levi. While we only got a sneak peak of the amount of mysteries at play in season one (Who are the titans? Where do the titans come from? Why are some titans different from others? How far does the military corruption go? What’s up with titan-Eren? What the hell happened in Eren’s basement?), fans of the manga know there’s so much more to come, including the new titans previewed in the trailer (beast titan!) as well as a plot to use Eren’s abilities to fight back against the titans.

Check out the trailer below!