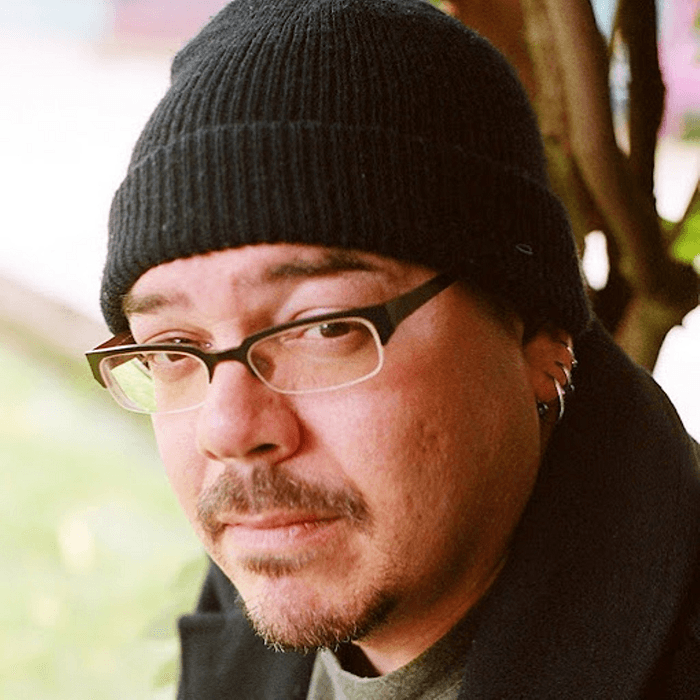 Halfway through my call with Greg Rucka, Eisner-Award winner and writer for the heralded Lazarus on Image Comics, I try to be courteous with his time and tell him I have just a few more questions. He quickly cuts me off and says, “Brother, listen, we’ve been trying to do this for weeks, we can take as much time as it takes.” This is true; Rucka and I have spent what feels like the better part of the late summer trying to match schedules. I tell him I have a few more questions, but that’s not true. I have a ton of questions. Even though we don’t get through all of them (essentially because it is not my attempt to kidnap Rucka and have him answer all of life’s questions for me), I learn early on that I could ask him every question and he’d have an honest answer for it. He doesn’t shy away from what he does well and what he doesn’t or what has occurred in the past that he can count as a triumph or pitfall. What’s also evident, is that while he’s written more popular titles in the past, he might be writing his best stuff right now. It doesn’t matter if you’re writing comic books or building bridges, when you are at the peak of your powers, you are most likely to be excited to talk about it. And Rucka is really excited to talk about Lazarus.

If you have never read Lazarus (and how dare you if you haven’t, it’s only 19 issues in), it begins with the story of one of the few powerful families left in a not-too-distant future. A nuclear war didn’t tear the world apart, financial collapse did. Now, only a handful of the unimaginably wealthy families have separated the planet between themselves, categorizing anyone that isn’t part of their family or work for their family as “waste.” To protect their interests, in addition to military might, most families have a “Lazarus”: an engineered emissary that is vastly superior to your average human, whether it be for intellectual capital or military strength. The very first pages of the book begin with Forever Carlyle, the Lazarus of the Carlyle Family being brutally shot down by raiders of the family supplies. But then Forever rises from the ground and kills every last intruder in brutal fashion. Welcome to the big time, Forever. Rucka explains that the first scene of the book was actually the first scene he saw in his head. “Michael [Lark] and I had been trying to get this book Black Magic off the ground for three years, but we were just spinning our wheels. When I told him about this scene I had written, he jumped at it and said, ‘yes, that’s I want to draw.'”

In addition to their capabilities, Rucka and Lark are also unabashedly aware of their own politics. While Rucka has taken measures to make sure that Lazarus is not just a simple manifestation of his belief system, it is hard to escape the social conversation that surrounds a book that portrays a world that is hell for 90% of the population because capitalism reached its final form. Rucka recalls some of those first back letters for the book critiquing the creator’s version of a dystopia. However, those critics might be surprised to see that this book came out of that conversation specifically. “I was out east when the Occupy movement was happening and it hit me. That’s how the world ends. It’s not going to be nuclear war or some virus. It’s going to be a financial collapse. And the people are going to revolt. And if it’s between starving to death and storming the Bastille, you’re going to storm the fucking Bastille, because at least a bullet is quicker.” But those critics of the book are few and specialized compared to the audience that the book has captured. The book is definitely something that Rucka is proud of and especially the engagement that people have with it. “Look, as far as sales, we do better in trades. But no one is going to confuse us with Sex Criminals. No one is going to mistake us with Bitch Planet. But what’s rewarding is that our readers are definitely aware with everything going on in the story. There’s two guys in Australia named Mackenzie and Walker. Every issue, these guys write a five-thousand word analysis and we can’t believe it. And they are incredibly well written and incredibly well thought out. But half the time, Michael and I read this like, did we do that on purpose?”

[quote_right]”No one is going to mistake us with Bitch Planet. But what’s rewarding is that our readers are definitely aware with everything going on in the story.”[/quote_right]I ask Rucka if anything else has surprised him about the reception of Lazarus and he takes his time to consider the answer. I wonder if he’s searching for an answer or wondering if he should open the can of worms I’ve unintentionally wandered up to. He opens with, “My father passed away last July. He was a big supporter of my career, always encouraged me and my writing. But my dad was also dyslexic, so he had hard time reading my comics. He would read some stuff, like the web comic I did with Lady Sabre and the Pirates of the Ineffable Aether, probably because the stories were shorter and easy to follow. But he started reading Lazarus and he said to me, ‘you know Greg, this is probably the most important thing you’ve ever written.’ And let me tell you, that’s a hell of a thing to hear from your dad. And my dad was my hero, so that really daunting and let me know we might be doing something special.”

For some, writing fiction or fictitious characters is a form of escapism for writers, but that doesn’t seem to be the case with Rucka. The themes and events that ring strongly in his life also show up in his work and process. The loss of his father is also felt when I ask about his brief stint on writing Cyclops the standalone spinoff from Brian Michael Bendis’ All-New X-Men last year. Personally, I loved the idea of a young Cyclops swashbuckling through the universe with his long-lost dad and so did Rucka. “I went to my son and said, hey, imagine, that your dad comes back into your life now, but you dad is Han Solo. Would you want to a go. And of course my son is like, ‘uh, yeah.’ So I said what would you want to do. That served as the basis for the book.” Despite some production issues, what ultimately made Rucka’s run on the book come to an end was the failing health of his father. “My dad started to get worse and here I was writing this book about a young boy and his father and of course I’m thinking about me and my father and my son and my father with my son. It just became too difficult to write. And I had plans man, I had plans. But I just couldn’t do it.”

Even if his run only lasted five issues, to see Rucka involved with one of the big two publishers in the last couple of years is a rarity itself, especially for someone with his resume. He is one of the few to write the DC Trinity (Wonder Woman, Superman via Action Comics and Batman via Detective Comics) and no matter his feelings toward DC, he’s still able to appreciate that distinction. Being both a huge Wonder Woman fan and a fan of the Earth One series, I ask Rucka what exactly happened with his assignment to write the Wonder Woman: Earth One graphic novel.

A little while later, I get a call saying, ‘We’re giving the Earth One to Grant Morrison.’ My response was, ‘well, if you do this, I don’t think I can work for you anymore.’ You know, because it wasn’t the first promise broken. And it wasn’t the second, or the third or the fourth. And I reacted from an emotional stance, but I absolutely felt that way. After that, things became more strained, I finished up my projects for DC and I was done.”

Because of this, it was a surprise to everyone, including Rucka himself, when DC reached out to him for the Convergence event. Even though the main storyline of Convergence was universally panned, many of the tie-ins got some heavy critical praise. Included with that, were Rucka and Cully Hamner’s Convergence: The Question two part arc. The significance of those two issues vibrate in Rucka’s voice when he speaks of how it came to be. “I get the call and Dan [DC editing manager] says to me, ‘I think you’ll probably say no, but I have to ask you first. We want to include The Question in this event. It would be your Renee, your story, however you want to do it.’ I tell him ‘well, if you get Cully, I’ll do it. If I can do this without having to take notes from anybody but you, I’ll do it.’ And he kept his word on that.

“Ultimately, it was just a big fat, gooey, sappy, love letter to those characters. We felt good about it and felt good that people enjoyed the book. And it was important for me because I had left DC in a bad way. Just the way it was. So doing this, I was able to throw all that stuff into the trunk and pack it away.”

Throughout the conversation, Rucka talks at length about the ups and downs of his life during his comic book writing years, the places those two things intersect and the places where they have complimented each other. He tells me about the stark realization of how readers have been affected by his stories and portrayals of characters (such as the LGTBQIA community with characters like Renee Montoya and Kat Kane) and also about the “trap” of working with characters that don’t belong to you (when you are working for DC or Marvel and they own those characters instead of the artists). Still, he is grounded that while many of the characters he created or sculpted for DC are no longer canon, plenty of his versions of stories or characters remain favorites for committed readers. “When you see the way people have engaged with the characters. When you see people say ‘my connection to this person helped me through a tough time’ or ‘this story you wrote affected me in some profound way,’ I take a – I don’t even want to say sense of pride – but I gain a perspective, that I may have really touched a stranger’s life in a positive way. And that, is something, I will literally, carry with me to my grave.”

In addition to the critical smash that is Lazarus, Greg Rucka also has another book coming, BLACK MAGICK with artist Nicola Scott on Image Comics. The gothic noir follows the story of Rowan Black, a robbery homicide detective with paranormal abilities. It launches on October 28th.