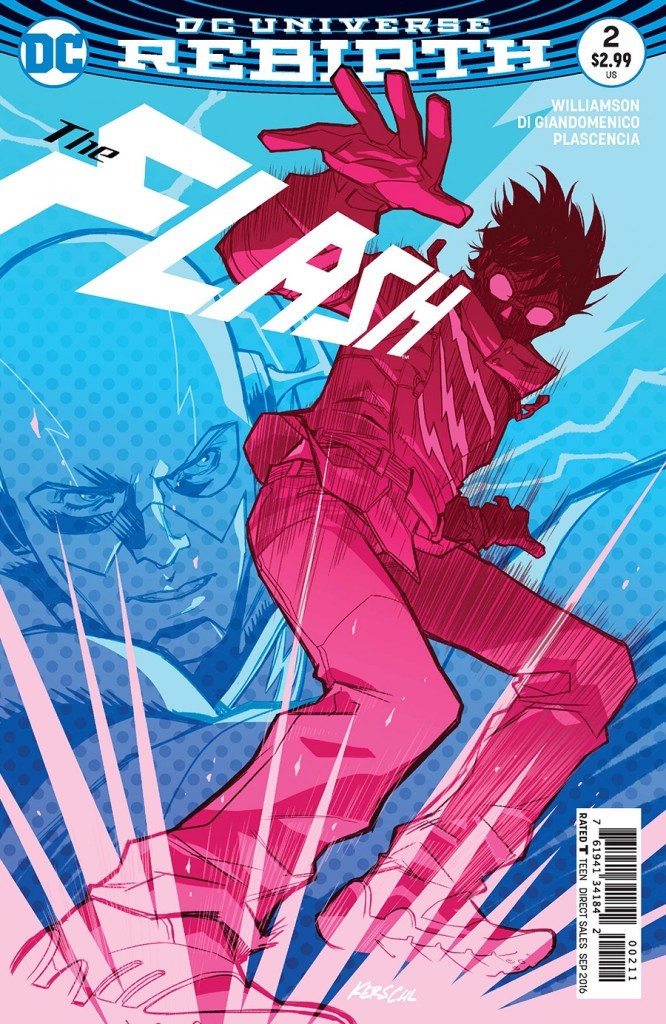 Please tell me we didn’t spend the last two story arcs waiting for Wally West to get and develop his powers just for August Heart to get all of the shine instead. He’s cool and all, but Wally can only run around Central City and jump over moving cars for so long.

Also, when did Barry Allen become such an up-tight hypocrite? Or is this just who he is and the reason why so many people prefer Wally?

August Heart is new to the whole super-powered game and wanted to use his powers to save as many lives possible. Barry instantly puts a stop to those plans with his own version of the “With great power…” speech. Like he didn’t cause all of Flashpoint already.

But, it’s always a delight to watch someone new get used to tapping into the Speedforce and all of the insanity that involves. Phasing through solid objects and running up walls absolutely should blow your mind the first time it comes up in conversation. In a way, August Heart is just doing what all of us would do.

Now, the end of the issue brings up an interesting premise. What makes Barry Allen, or any Flash, for that matter, so special in a city where dozens of people also have super speed? It may be his intellect or his morals, but that’s surely going to be put to the test in the next couple of issues.