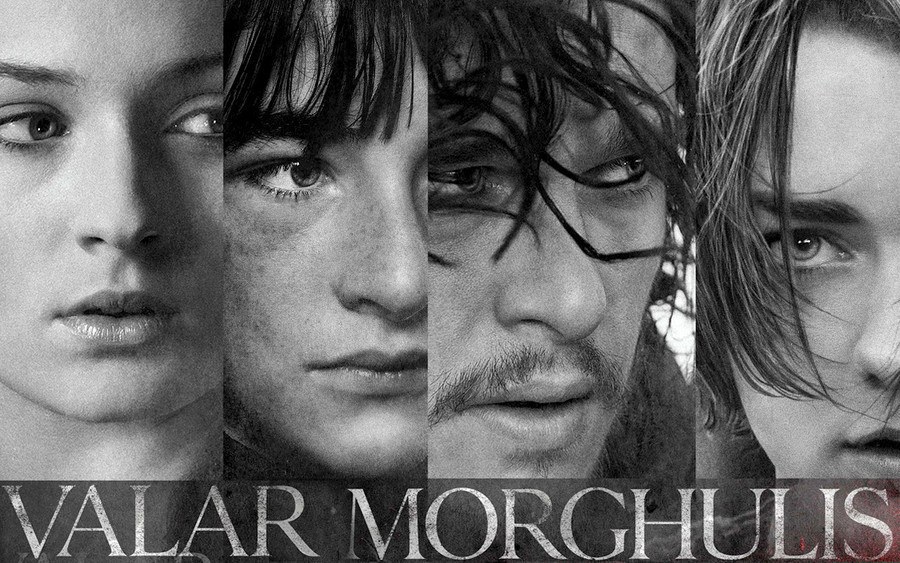 Heavy spoilers below for the book series and television show.

Fans of HBO’s premiere cash cow Game of Thrones have been solidifying a fan base of dedicated and at times overly-invested Watchers on the Wall. However, season 5 saw its first huge series of deviations from the books which resulted in the show’s first real mutiny of fans who finally had it up to Hodor-height levels of HERE. The first half of the season was ehhh. It still included wonderful scenery and spot-on pace of classic Thrones, but lacked that familiar umph we’re used to every single episode of the season. Luckily David Benioff and D.B. Weiss knew to give us that real for the second half of the season, and boy did they deliver. Yet, we still had some grumpy individuals across the world dropping venomous hate all over the internets.

Kill off Ser Barriston on some wack ass Harpy attack in the alleyway way shit when Selmy should’ve been able to carve up those Astapori dirtbags like freshly roasted turkey? “Hell na, I can’t fucks with this show no more, he aint even dead in the books!” Send Jaime and Bronn on a lackluster mission to Dorne instead of King’s Guard member Aerys Oakheart? “Fuck outta here!” Include a Sansa rape scene that may not have been necessary to include? Fans start jumping ship. Have Stannis burn his child at the stake in front of momma and poppa? Denounce the show for good.

Absolutely and unequivocally nail the Cercei atonement walk of shame and deliver a visually stunning, heart pounding, unforeseen episode of Jon Snow retrieving Wildlings from Hardhome while the White Walker Four Horsemen sick thousands of their Wights on everyone while Jon Snow has one of the craziest one-on-one battles in the history of the show and give that giant WUN WUN introduction? “Maybeeee I won’t completely dead the show and see if they can comeback with a full season of the triumphant stuff next year.” Mmmmhhhhmmm. 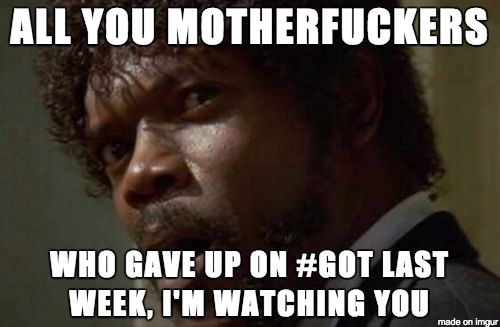 Now, about this hype train. If you Jon Snow stalkers don’t get up out my face with this fuckery know as Harington Hair Watch 2015. You people are really looking at damn near every Game of Thrones blog to get the slightest piece of information pertaining to the return of Jon Snow. I mean yes, we all knew that as soon as the Night’s Watch betrayal went down that everyone would begin speculating if Jon Snow would come back somehow some way. Melisandre will resurrect him, he warged into Ghost, his eyes turned purple right before the screen went black, yadda yadda. I’m not saying I don’t want to see the dude return to the show, I’d be lying if that was the case. Jon Snow is easily one of the most G’d up guys on TV and might go down as a top ten fan favorite character of all time. Let’s not forget he does this without being loud like Tormund Giantsbane or widely known as superior in strength or skill like The Mountain or Jaime (sans golden hand). He’s just straight up and down genuine badassery and everyone loves his humble ass from teens to grandparents, infatuated college girls to party animal frat guys.

So obviously we don’t believe any of you people when you tell us “He’s dead.” But fans, we gotta let the show breathe. Give them time to thread this storyline together without making the actor’s lives miserable every time they step out in public, or off a plane, or enjoy an exciting match at Wimbledon.

And now they’ve come out and announced that the show is likely going over the expected 7 season limit they put themselves in, that actually had fit very nicely in the grand 7 scheme of things. 7 Kingdoms, 7 Gods, 7 seasons. Oh well, at least 8 seasons sounds good to me. More Thrones for ya boy to look forward to.

In the mean time, enjoy Game of Thrones. Don’t become a psycho about it. You’re making us look bad.