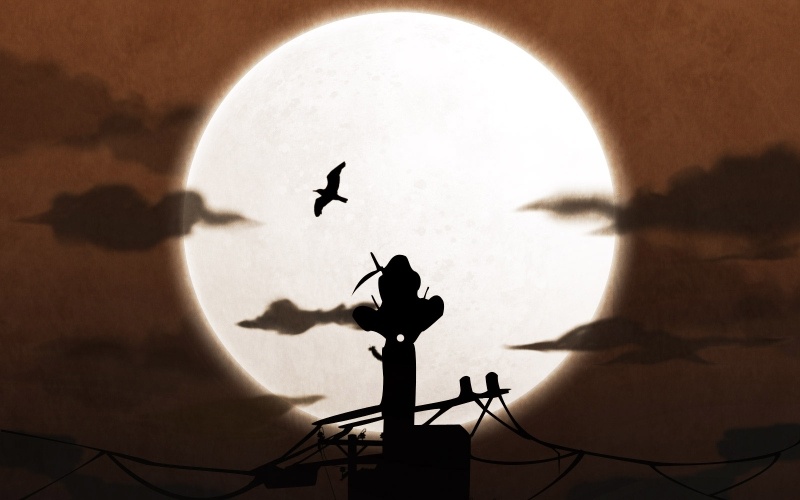 Throughout history we’ve witnessed war, famine, hatred and indifference; these expositions of the human condition have taught us of the frailty of life and how courage can arrive in the most uniquely and unexpected hosts. Here we discover the flicker in the dark that is not consumed, yet consumes the indomitable. These sparks aren’t your typical heroes who fail and become stronger and, ultimately with love and compassion, overcome the darkness. No, these cats been buckin’ for years and the only thing keeping them in check is the fact that they either don’t care enough to, or their principles dictate that shit be one way and mufuckas be wantin’ it another. These cats are not the heroes we want, not the heroes we need; they’re heroes we deserve: Yoh is the embodiment of not giving a fuck. He decided at age four that he wanted to become the Shaman King simply because he wanted to live an easy life. His partner in crime is the 600 year old Amidamaru who’s as anti-social and give-a-fuck-less as Yoh is. Yoh prefers chillin’ under a tree listening to his favorite artist, SOUL BOB, but when shit hits the fan he goes Oversoul with Amidamaru in a split second to whip that ass. Other than his not-wanting-to-do-shit attitude, he and Amidamaru bond over the fact that they don’t like humans because they’re all pieces of shit.

When he awakens in the Great Spirit and talks to Hao Asakura (Yoh’s twin brother and ancestor and the main antagonist in the series) he reveals that he’s actually a lot like him in that he dislikes humans, but won’t go as far as to kill them, so naturally Hao tells him to fuck off cause he ain’t ’bout that life yet. The only reason Yoh seems to get riled up enough to fight is when stronger piece-of-shit humans decide to fuck with weaker piece-of-shit humans. Dude was trained by his Grandfather who told him after he lost a fight that he had to go wander in the Yomi Cave for seven days without any of his senses and he’d eventually die in there; when he emerges after seven days to meet his homies and Amidamaru they ask him why he’s not dead and he shrugs it off saying, “It doesn’t really matter.” Shit just be gravy like that for him and dude just whips ass while asking for a sandwich on the side. 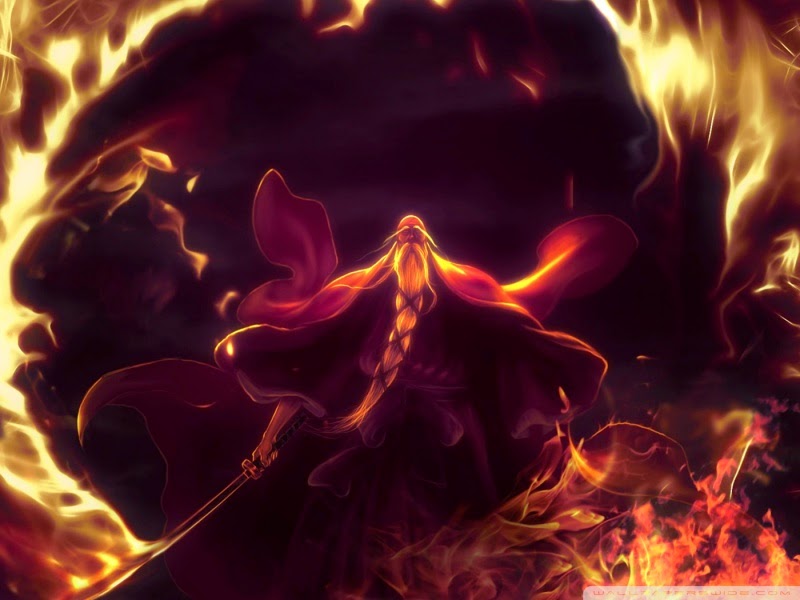 Yamamoto is the old dude sitting on his porch tellin’ all the youngins to get off his lawn. He’s the typical strict code character that will not relent on his principles even for the most fucked up of situations. He’s the Captain Commander of the Gotei 13 whose favorite pastime is giving orders and holding tea parties for the Gotei 13 commanders. Dude is so badass that before we first see his basic shikai release (aptly titled, Turn All Creation To Ash) against his students Shunsui and Ukitake, poor little Nanao Ise gets caught up as a spectator in Yamamoto’s Reiatsu pressure and starts choking, he says to her, “Listen well! Be gone from here! I don’t have time nor the patience to teach a mere infant like you how to breathe.”

BRAH! I’d be shittin’ bricks if I were Ukitake and Shunsui right then. Yamamoto takes another stand against Aizen who was so scared shitless of him that he had to engineer Wonderweiss into an Arrancar specifically to absorb all of the flames that he released and use them to destroy Soul Society. Later in the Thousand-Year Blood War arc, Yhwach the father of the Quincy were running around stealing bankais from all the Captains of the Gotei 13 and Yhwach shows up and pretty much says, “Yo I told them to fall back on you ‘cuz nobody ‘cept me can even contain your amount power.”

Baddest finishing line ever delivered was by Captain Commander himself to Wonderweiss: “I am glad that you at least abandoned your childlike form. As a result, I can slaughter you without hesitation.” When the phrase ‘they just don’t make them like they used to’ was invented, Yamamoto was holding a fiery sword to the dude’s neck that coined it. 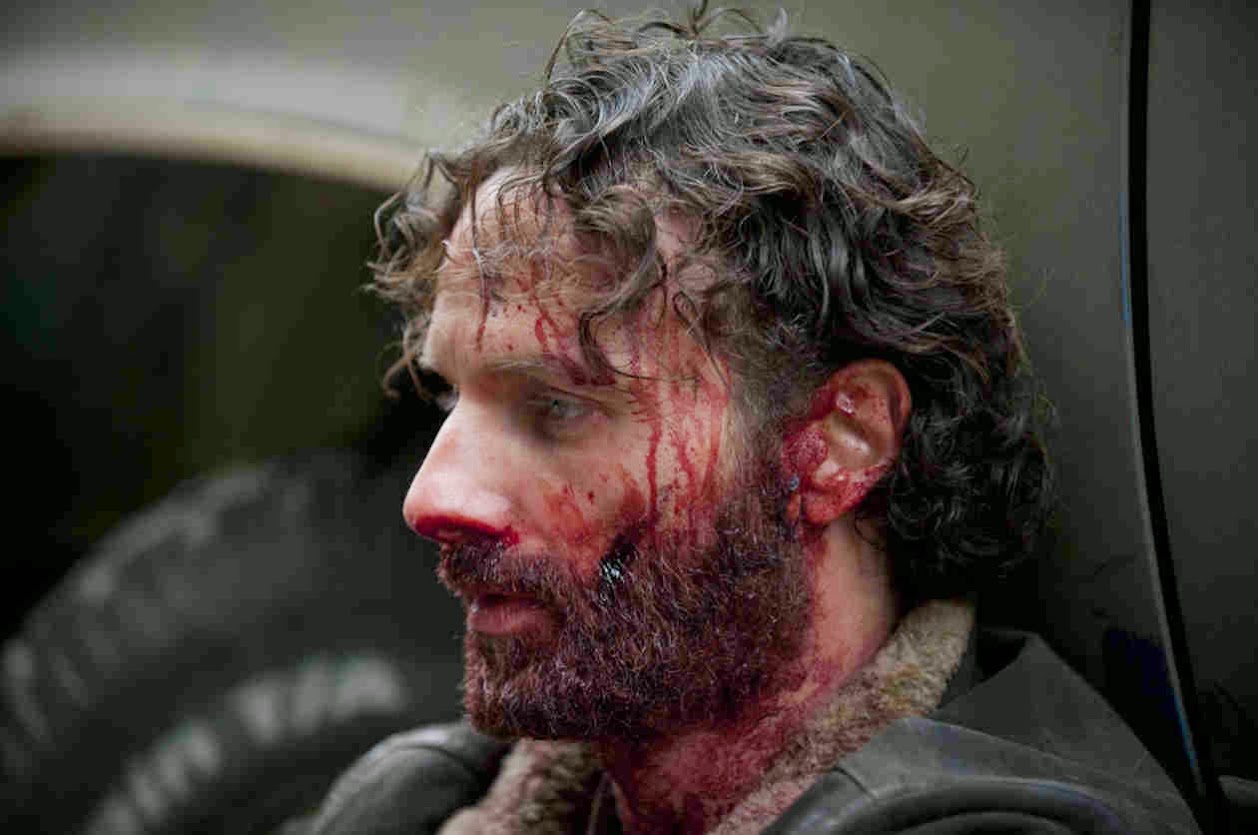 Rick Grimes is certifiably bat-shit crazy. When we talk about heroes we usually have this noble, airy, champion vision of what they should be. Rick Grimes takes that notion and plunges an axe straight into its skull. When dude took leadership of the group of survivors, he got so fed up with cats questioning his methods that he dawned one of the greatest moments in TV history where he says to them, “Maybe you people are better off without me. Go ahead. I say there’s a place for us, but maybe it’s just another pipe dream, maybe I’m fooling myself again. Why don’t you go find out yourself? Send me a postcard! Go on, there’s the door. You can do better, let’s see how far you get.” DOT DOT DOT, “No takers? Fine, but get one thing straight. If you’re staying, this isn’t a democracy anymore.” And this is the way it’s been since then.

Abraham later in season 5 describes Rick perfectly when he comes to his defense with, “Simply put, there is a vast ocean of shit that you people don’t know shit about. Rick knows every fine grain of said shit. And then some.” This is right before Rick barges in bloodied with a walker over his shoulders, slams it down in the middle of that whack ass town hall meeting and says to them, “I was thinking ‘How many of you do I have to kill to save your lives.’ But I’m not going to do that. You’re going to change.” This is pretty much dude’s mantra, it’s his ‘HELP ME. HELP YOU’ or I’mma blow your goddamn head off. Rick is the kind of hero who knows the only way to that pipe dream of let’s all live together and be happy is paved with too much unpleasantness for the common mortal. 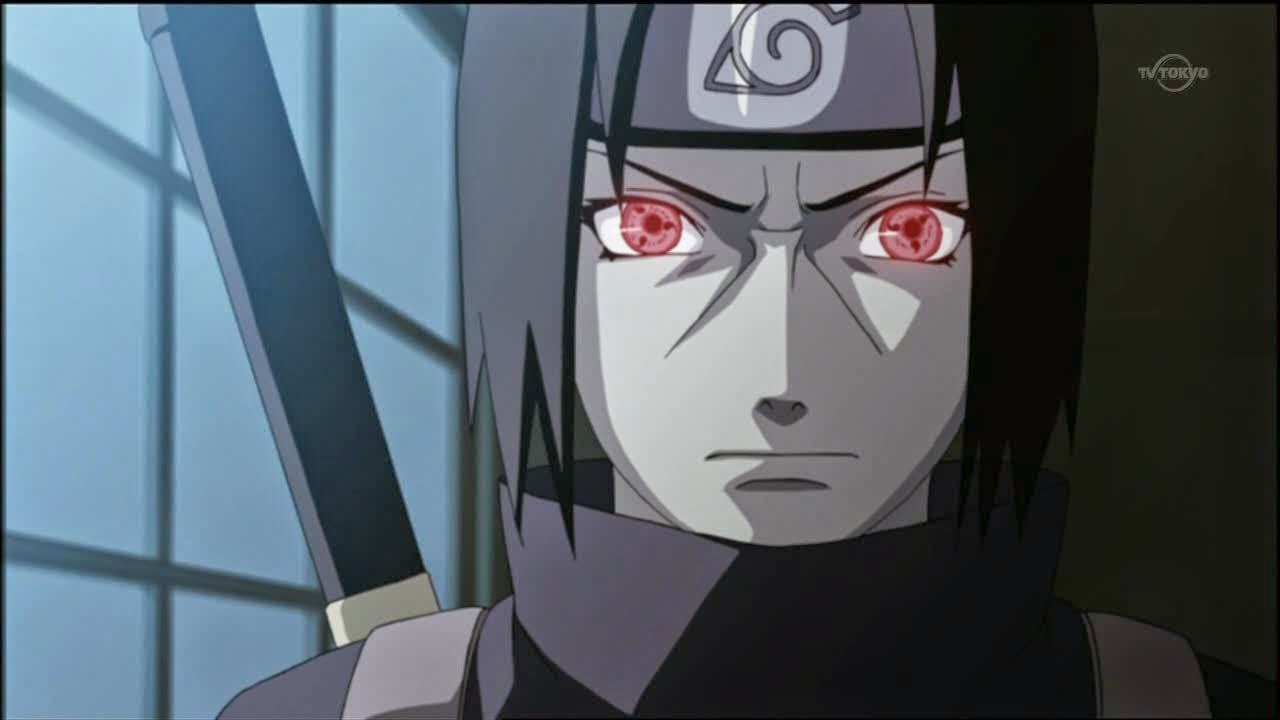 Lemme tell you a little story about Itachi Uchiha. Dude was born a genius in the arts of ninjutsu and even moreso into the Uchiha clan who were some of the deadliest cats in the Hidden Leaf Village. Itachi was the best of them. He graduated the academy at age 7 and mastered the Sharingan at age 8. By age 13 he was promoted to an Anbu captain. The Uchiha took great pride in Itachi and when it came down to it, he murdered them all. Family included. The only Uchiha of the Hidden Leaf that he spared was his younger brother Sasuke Uchiha. Itachi did all of this because the Uchiha, who then comprised of the Hidden Leaf’s police force, started to think too much of themselves and planned a coup d’etat to take over the village.

Itachi knowing that all of this was spurned on by Madara Uchiha decided to befriend him and knowing he was not at the level of this legendary Uchiha to yet defeat him by himself, led his plans down a path that would see the Hidden Leaf Village safe from immediate danger. Dude played the longest of the long game and was considered an S-Rank criminal to his own village. He said goodbye to mom and pops with the wave of his sword for their own good, the good of the village and for his little brother to grow up in a world where he would be so enraged that he’d eventually become strong enough to kill Itachi himself. Even after that, Madara revealing his face to Sasuke for the first time activated a jutsu that Itachi planted in Sasuke which unleashes Amaterasu on Madara. This dude left jutsu ’round the world waiting to be activated like cats be leavin’ twinkies to find later. 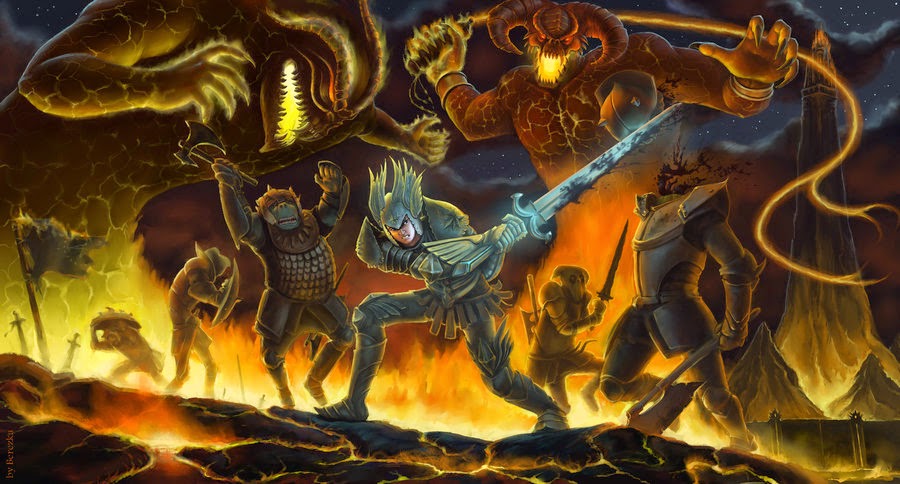 Feanor, brightest flame of the mutha fuckin’ Noldor (that was seriously dude’s nickname, minus the ‘mutha fuckin’, but let’s be honest, cats probably whispered that part under their breath when he walked by). Feanor is the cat that pretty much the entire premise of the Tolkein universe rests on if you consider that shit was all gravy with the Valar in the West and Morgoth (Sauron’s master and the true dark lord) having his way with his dark shit in the east. Feanor was a student of Mahtan who was a student of Aulë the Vala who created the dwarves. He created the Palantír which you might have seen in The Lord of the Rings movies. His greatest accomplishment was crafting the Silmarils which captured the light from the two great trees Telperion and Laurelin, which were created by the Vala Yavanna, (Aulë’s wife) the lover of all things that grow in the earth.

I know this seems long and drawn out but trust me, it’s important because when Morgoth steals the Silmarils, Feanor pledges to bloody hell that he will take Morgoth’s head straight the fuck off. Feanor gathers up the Noldor and starts a mass exodus of his people from Valinor to go hunt Morgoth down in the East because the Valar are too lazy to go employ any justice of their own. On the way, Feanor sees some elves that have ships, so he murders the elves and takes them. He tells half his peeps that he’s gonna take the first batch over and then send the ships back to pick them up. Come nightfall, these cats sittin’ on the shoreline watching the sky burn cause Feanor ain’t got time to wait for their asses to get across and hold up this justice he’s about to impart on Morgoth. Feanor had the ships burned so he could continue onward after Morgoth.

Finally after he got the Noldor close to Angband they had this crazy battle which they won against Morgoth’s armies but were massively depleted thereinafter. That wasn’t gonna stop Feanor. He left his army and marched on with his sons in persuit of Morgoth to the gates of Angband and finally got ambushed by an army of Balrogs… You catch that? You know what a Balrog is? It’s the big ass flaming demon that Gandalf fought for days on end and finally killed but died himself and came back reincarnated until his task was done. So Gandalf had to fight one of these cats and still died overcoming it.

Feanor had to fight an army of them with the help of just a handful of elves. Feanor fucked shit up until Gothmog got in some cheap blows that happened to be fatal and Feanor was evacuated from the premises. Knowing his wounds were fatal, Feanor looked up at Angband and said, “fuck y’all muhfuckas” and then died by self-immolation. In all of Tolkein’s mythology, Feanor is the only person to have died by self-immolation due to the fading of his fiery spirit. All that shit in the name of justice. So next time y’all on the subway and some dude’s elbow keeps bumping into you and you too afraid to say some shit about it, think about what Feanor would’a done to exact justice on some cat that don’t know how to observe personal space.

Note: The author admits to his shortcomings in including meticulously crafted, flawed, and powerfully written heroes who are women on this list and attributes it to the acute canon of work that he is drawing from. He asks that you recommend any such women that you’d see fit to add to your list of Heroes We Deserve.
[divider type=”space_thin”]
Are you following Black Nerd Problems on Twitter, Facebook, Tumblr or Google+?