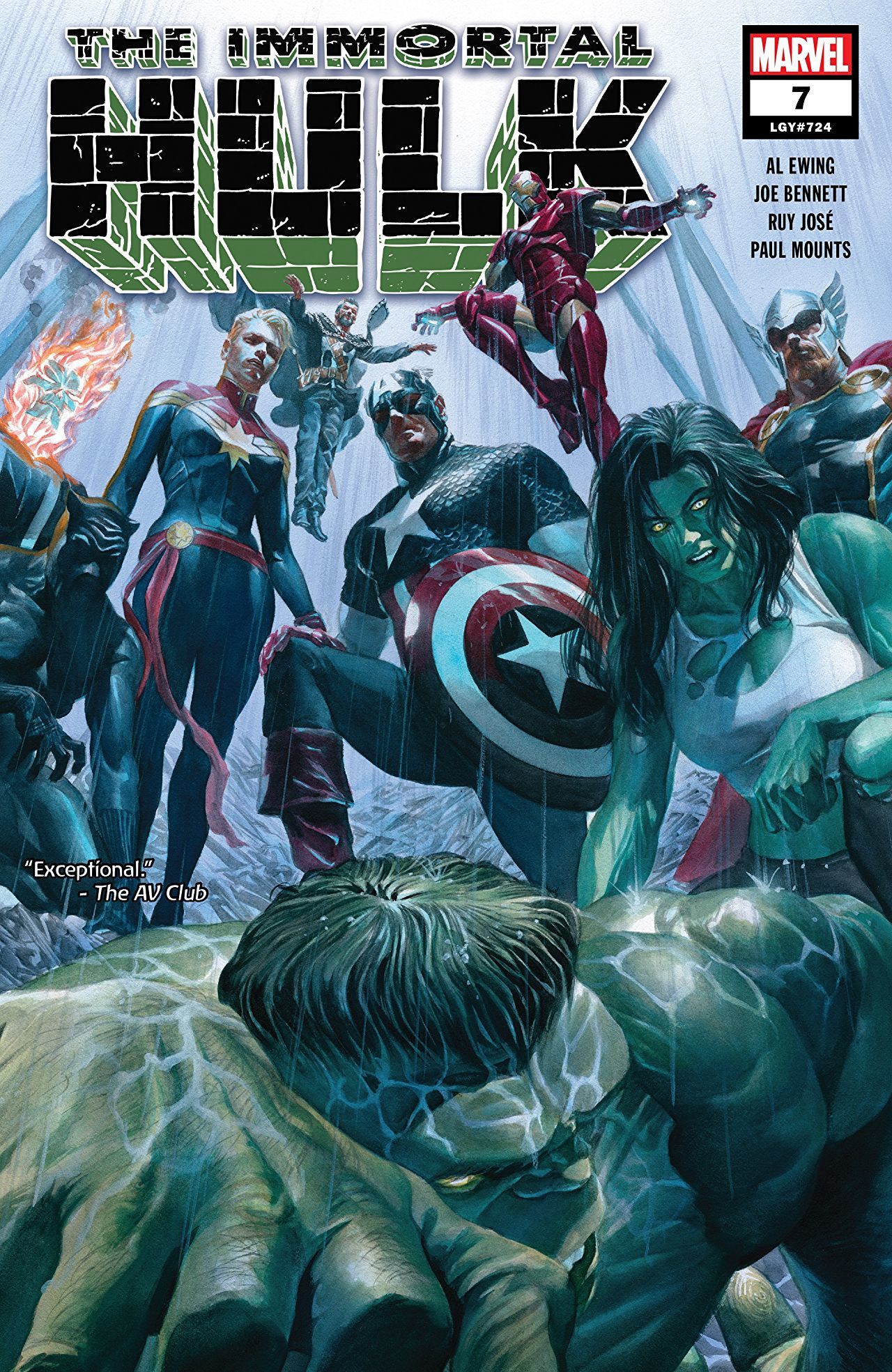 It’s time for the showdown we’ve all been waiting for, the Immortal Hulk (Devil Hulk?) vs. the Avengers. It was only a matter of time before the Avengers caught wind of the Hulk’s new crusade and goddamn does this meeting not disappoint.

Joe Bennett’s art is on point for this issue as the Avengers try tacking down this new incarnation of the Hulk. Every blow looks brutal, while every facial expression looks either horrified or horrifying. Bennet holds nothing back when it comes to making the Hulk look as monstrous as possible, as well as completely unstoppable.

For the longest, I’ve been wondering how the Avengers would fair against the Immortal Hulk and it’s pretty telling. I mean, when one of the first people that you take out is Thor, then you got a problem on your hands. Seeing the whole team of Avengers struggle to subdue the Hulk is scary to watch, especially when he does it so effortlessly and with so much joy. 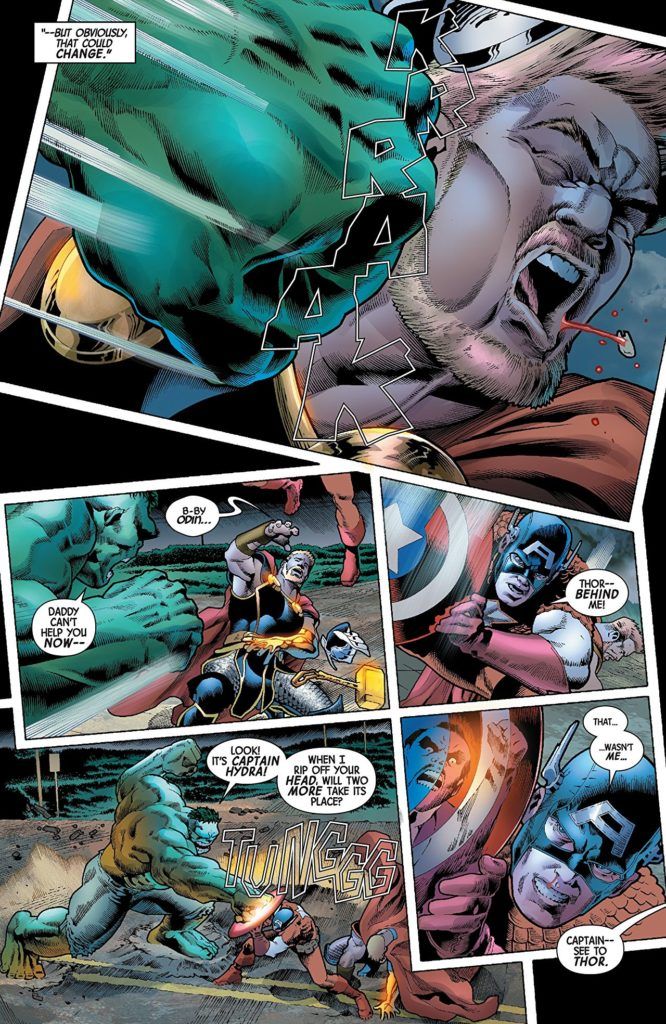 However, better than that is watching the Hulk basically read everyone in the middle kicking their ass. The Hulk as a haunting figure for people with grave sins has been one of my favorite parts of this series and watching him break down each Avenger piece by piece – both physically and psychologically – is quite fascinating.

Another part that has me curious is the conclusion to this epic battle. The Avengers go to extreme measures to take down the Hulk in his new monstrous strength. One has to wonder what consequence will they face for basically throwing a nuclear option at the beast in the middle of the suburbs. I hope it’s something that is addressed in either this book or another series.

Al Ewing is really testing the lengths to which he can go with this new Hulk, especially when it comes to his persona and powers. The Immortal Hulk equal parts haunting, fascinating and a wild ride. After this issue, I can’t wait to see where this story goes next.

9 Broken Hulkbusters out of 10