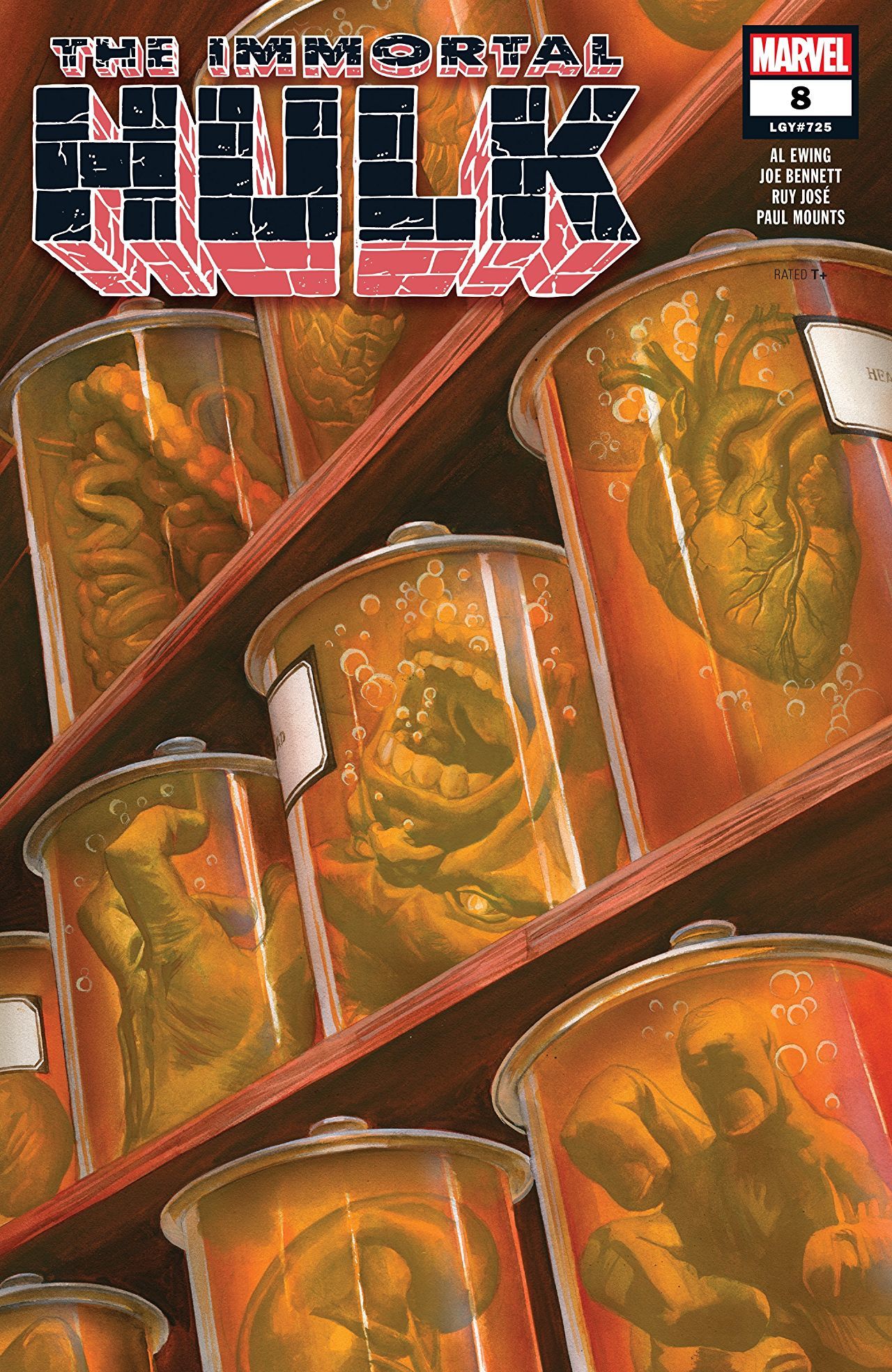 The Immortal Hulk does it again. Just when thought the jade green giant couldn’t get any more terrifying, Al Ewing is able to prove you wrong. Ewing is really making this version of the Hulk his own. This entire series, the writer has been meticulously crafting the Immortal Hulk personality and powers to create a horror monster of his design and I’ll be damn if it doesn’t work so well.

It’s terrifying to see what the Hulk is now capable of now. It used to be just his strength that people had to fear. I mean, who wouldn’t be afraid of a 10-foot tall green behemoth who can smash cars like paper mache and lift mountains over his head? But now Ewing has created a Hulk that can come back from anything, even being cut into a couple dozen pieces.

This is where the last issue left us off and for a moment I actually thought the Hulk/Banner was in trouble. Stupid me. Despite being captured by a black ops government agency after his battle with Avengers, never once does the Hulk appear to be in danger. Even when he is being tested, dissected, and toyed with, Ewing makes a point to always remind the reader who the monster is in this situation. 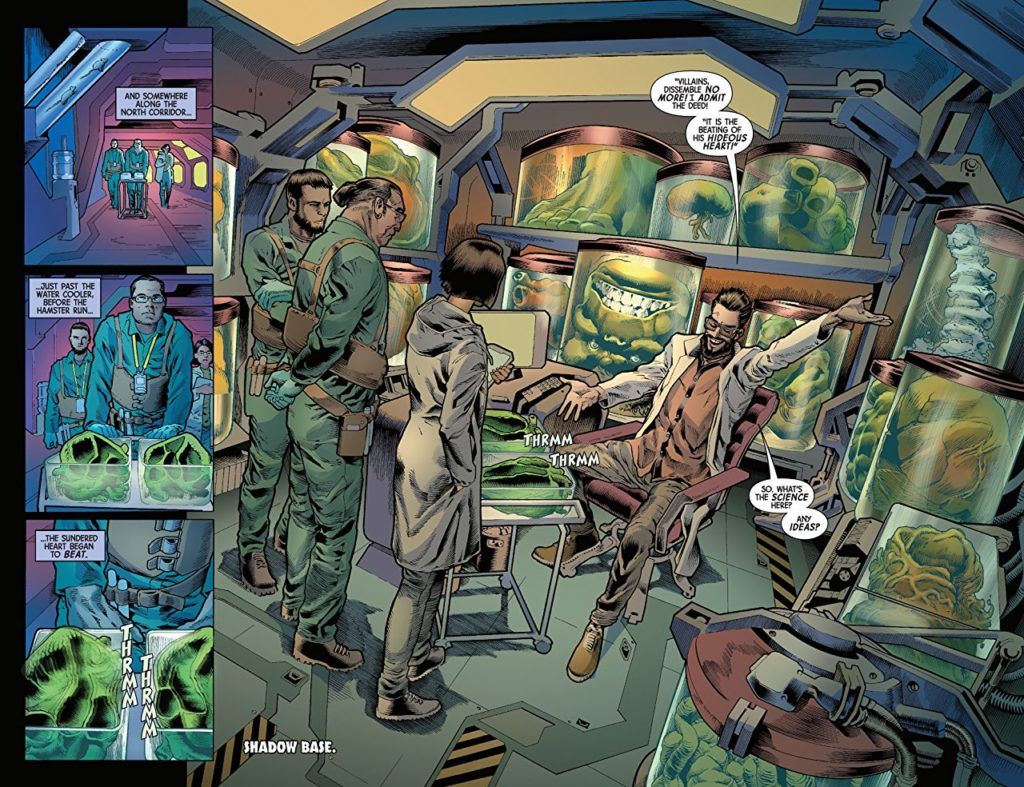 Artist Joe Bennet aids in that goal with every creepy smile on the Hulk’s face and plenty of scenes that will make any body horror fan’s ears perk up. Trust me, towards the end of the issue, Bennet creates some of the most grotesque images you have ever seen and a death that is certainly not a way anyone would want to go.

While The Immortal Hulk deserves all the praise, it’s not without faults. It can be hard to see where the plot is going from time to time. Ewing creates these great moments that keep you fixed on the title character but certain plot threads are often left lingering – like whatever the hell is up with Bruce’s father and whatever Mcgee is trying to accomplish.

However, Ewings continues to evolve his Hulk in ways that feel brand new and this chapter more than cement the Hulk’s new status as immortal. This book has definitely become a favorite new series and I can’t wait to see where it goes next.