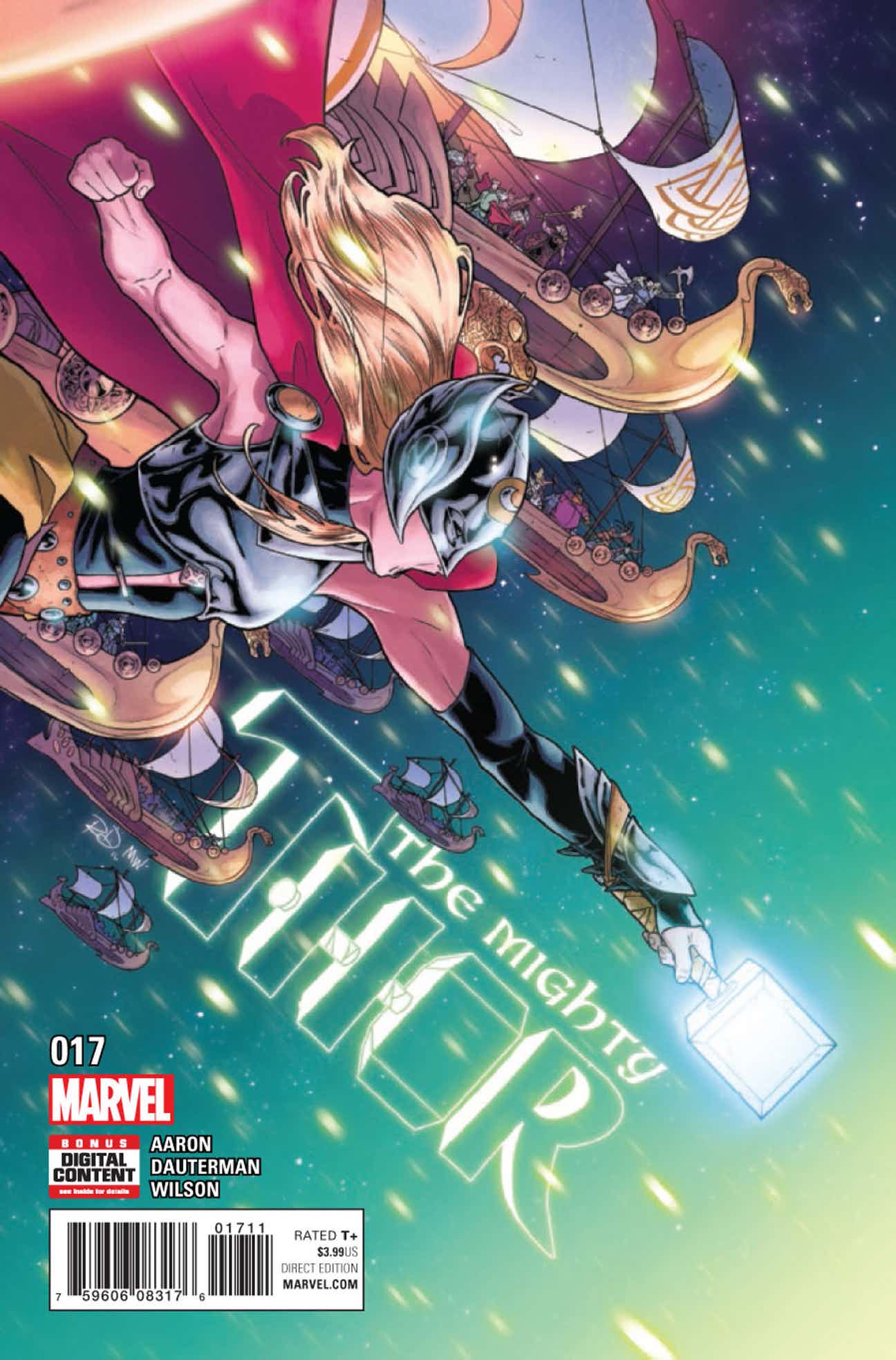 You’d be hard pressed to find a book that mixes and matches mythologies and bets the farm on its hero the way The Mighty Thor does. Jason Aaron consistently pits Jane Foster against scale and stakes more than worthy of a god’s statue. This book is a worthy offering to demonstrate that Marvel’s “All New All Different” characters know how to play for keeps just as well as the old standards do.

Issue #17 doesn’t just pull out all of the stops. The stops dug themselves up out of the ground and got the hell out of the way. The Asgard/Shi’ar War refuses to lose momentum as it hurtles into its third installment. Aaron’s characterization is on point, particularly in depicting Thor’s absolute annoyance as the stakes get higher in her Challenge of the Gods contest with the hilariously haughty Shi’ar gods who seem completely comfortable in just outright trolling the Goddess of Thunder. I love the fact that Aaron seems to be putting Jane Foster’s understanding of what it means to be a god to the test here the way he did for the Odinson in his Thor: God of Thunder series.

Russell Dauterman’s art is the real MVP for this issue and, really, for a large chunk of this story arc. Without his sense of epic scale and detail, the Asgardian invasion of the Shi’ar wouldn’t have been what it is. Aaron knows exactly how to tailor his script to build his characters while stepping to the side and letting Dauterman have his fun.

Bottom Line: This book is top of the line mythical storytelling. The best part about this is that it’s this epic and still only a stopgap leading to an even bigger threat on the horizon.

9.5 High and Tight Ragnarok Haircuts out of 10