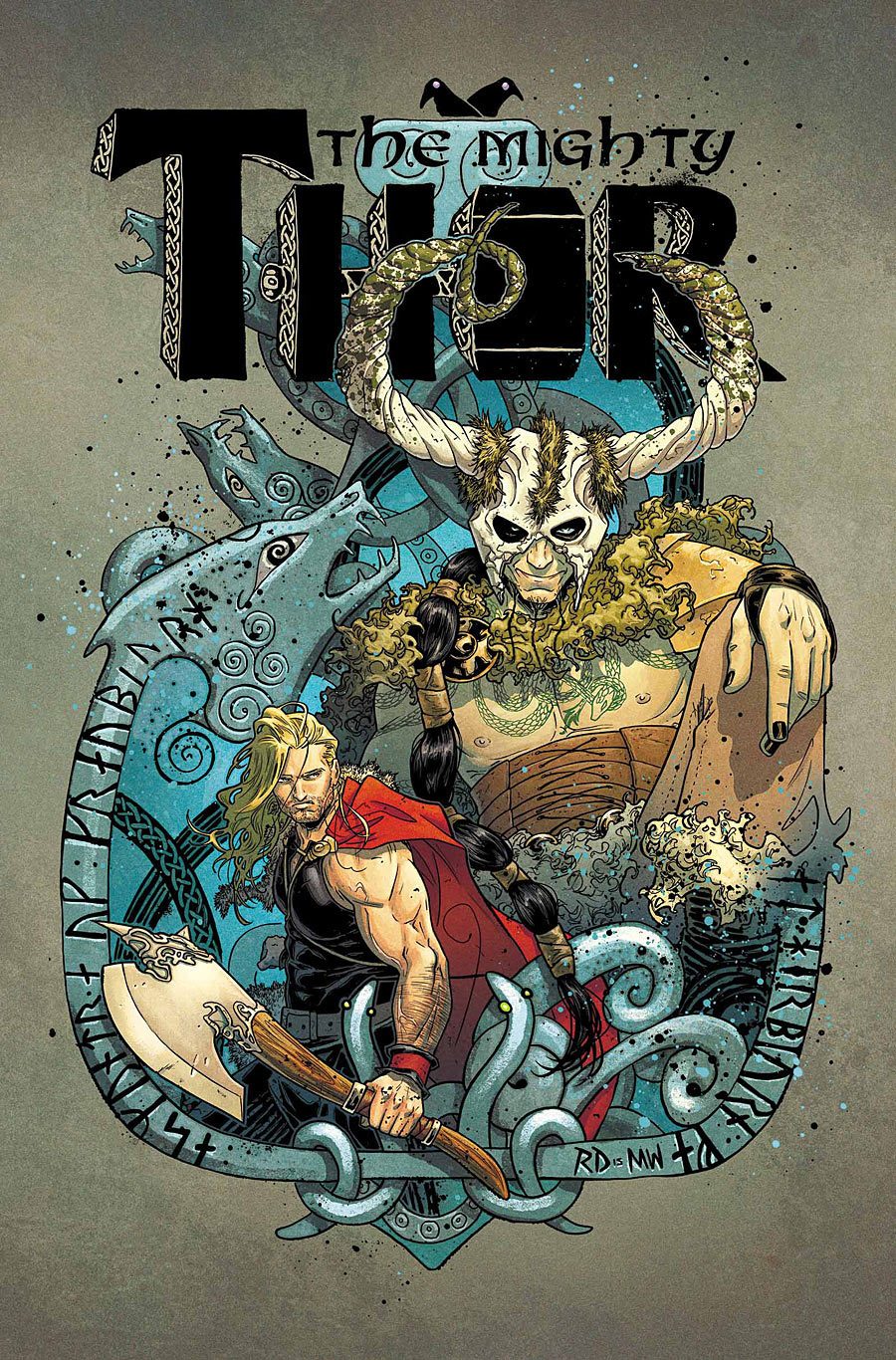 Jason Aaron has been consistently hitting it out of the park with The Mighty Thor thus far. As someone who hasn’t maintained interest in Thor comics in many years, I can honestly say that Aaron’s run is, by far, the longest I’ve ever been this consumed with a Thor story. Jane Foster’s bittersweet tenure as the Goddess of Thunder has done an incredible job of juggling fun fantasy action with character development and feels, breathing new life into a pretty longstanding mythology.

This week’s issue takes a brief detour from the world-shattering status quo we were left with at the end of the arc and hands the spotlight back over to the Odinson for a brief moment. While on one of his routine loot and plunder expeditions, Minotaur robber baron Dario Agger confesses the uneasiness he feels in his alliance with Malekith. Loki, in response to Agger’s request for divine intervention, tells him a tale of this one other time someone came to him looking for help with his Thor problem. After that, most of the tale is a flashback to Thor’s hammerless days of jackassery when he encountered a Viking worshipper of his named Bodolf the Black. The tale reads like an actual fable of old, running along the same lines of hubris and humility usually found in the ancient myths of warriors past. 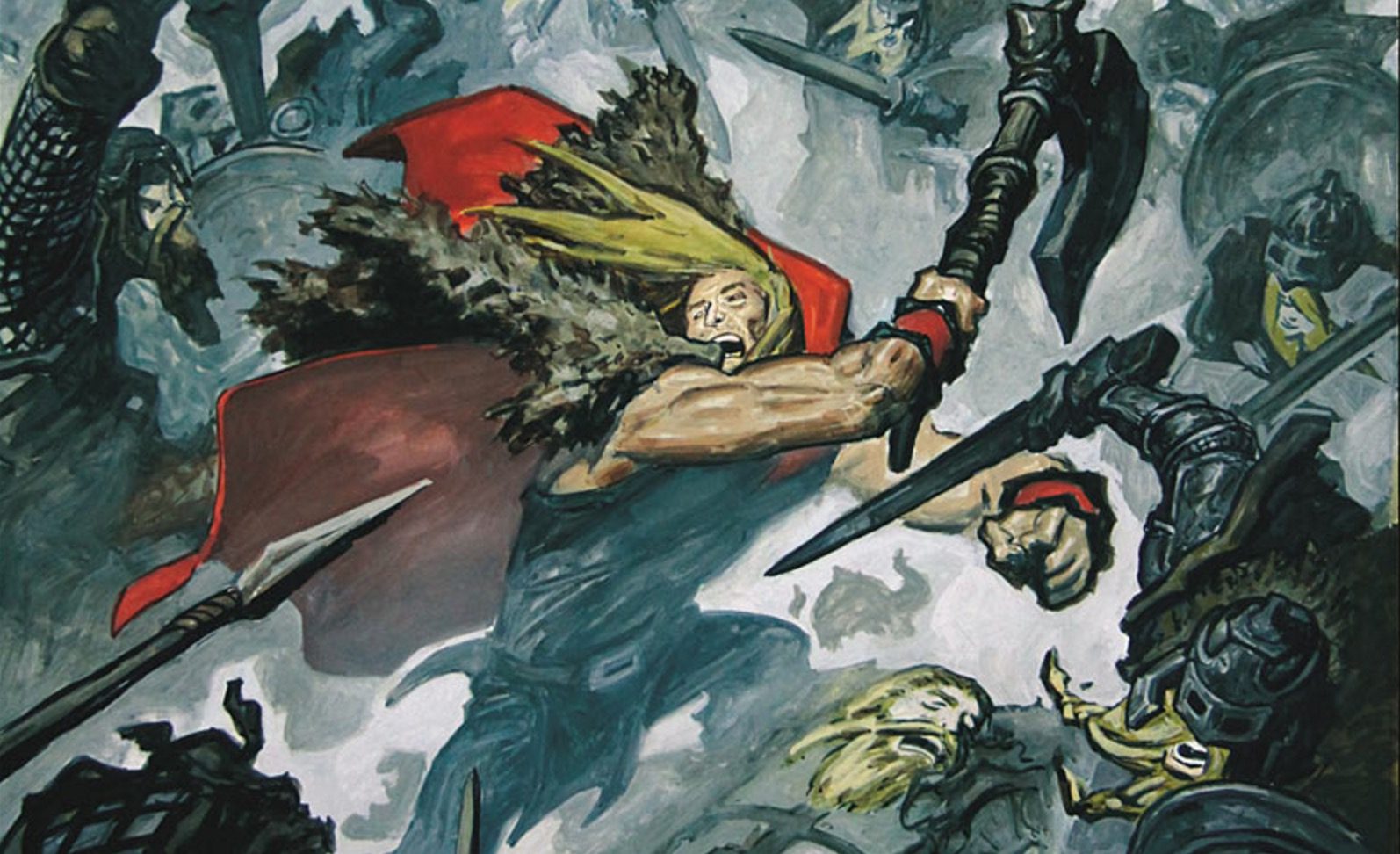 At no point does this feel like filler and anyone who remembers Aaron’s “God Butcher” story knows that we get some quality villainy from any story that starts out back in Thor’s drunken asshole days. With the exception of a few pages, Russell Dauterman takes a backseat to guest artist, Rafa Garres, whose thick lines and earthy tones make the tale of Bodolf look like something straight out of an ancient tome. The darker color palette really allows Bodolf’s trials and hardships to hit home and set up themes that the book is obviously going to revisit throughout this arc.

Bottom Line: God bless Jason Aaron. Even the flashbacks, though feeling slightly disconnected, are top notch. If all of Naruto’s filler were this good, I might have finished the series.