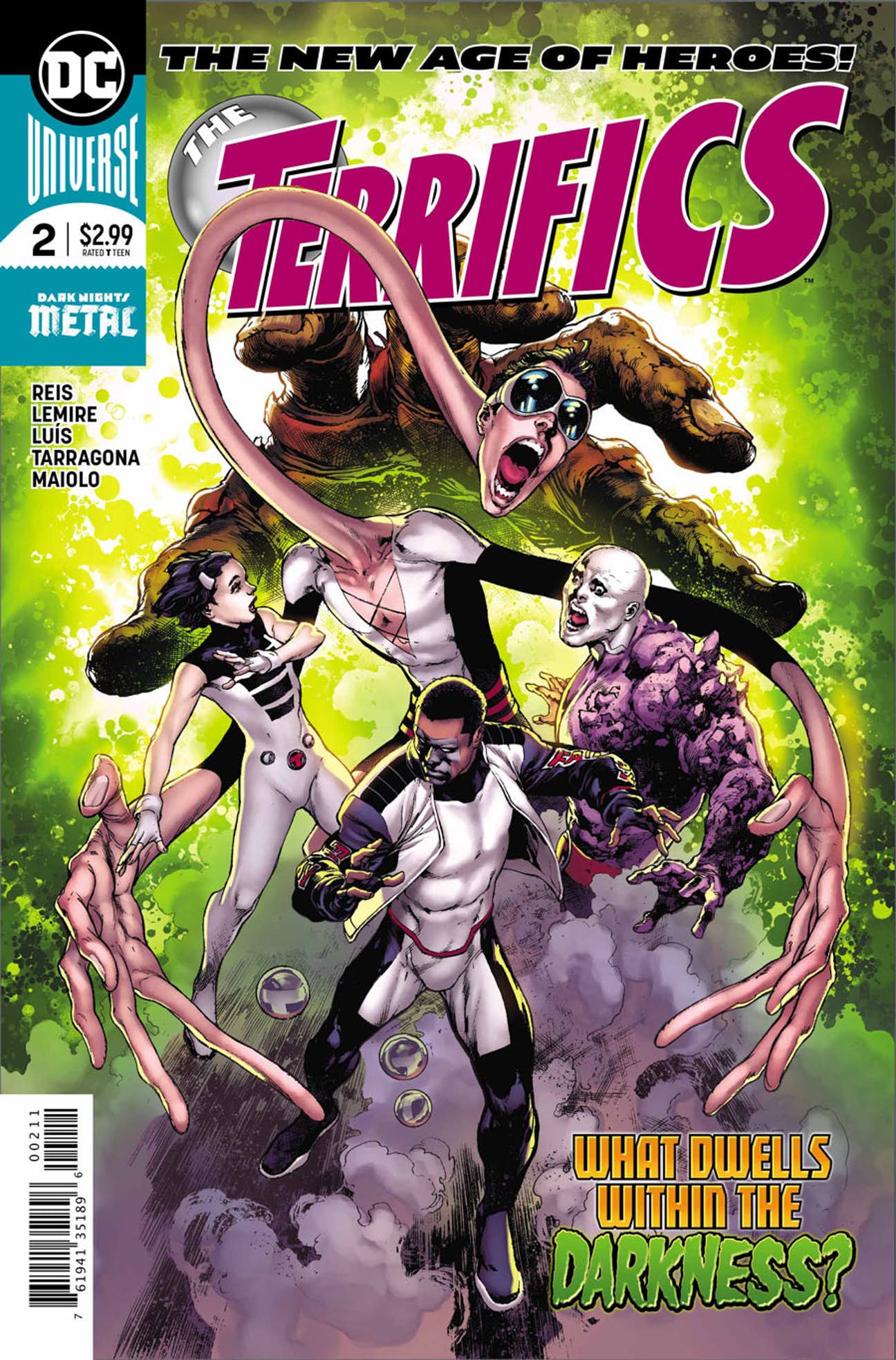 It’s very rare that the second issue manages to address all the concerns that pop up in the pilot outing of a series, so it’s always a pleasant surprise when it does happen. The Terrifics #2 picks up immediately from the end of the last issue, with Metamorpho echoing newer fan’s likely question of “Who the hell is Tom Strong?!“ and Mr. Terrific quipping in response and listen, I always enjoy my meta quips.

Linnya, a.k.a Phantom Girl, gets a much needed spotlight and has her origins tied into the strange Dark Multiverse. And while some of the detail seem a bit familiar, Reis and Lemire manage to craft a somber ambiance, that is enhanced by the art of Reis and Luís, and before the first act is done, you’ll feel a lot of sympathy for Linnya and her unintentional exile and subsequent isolation. 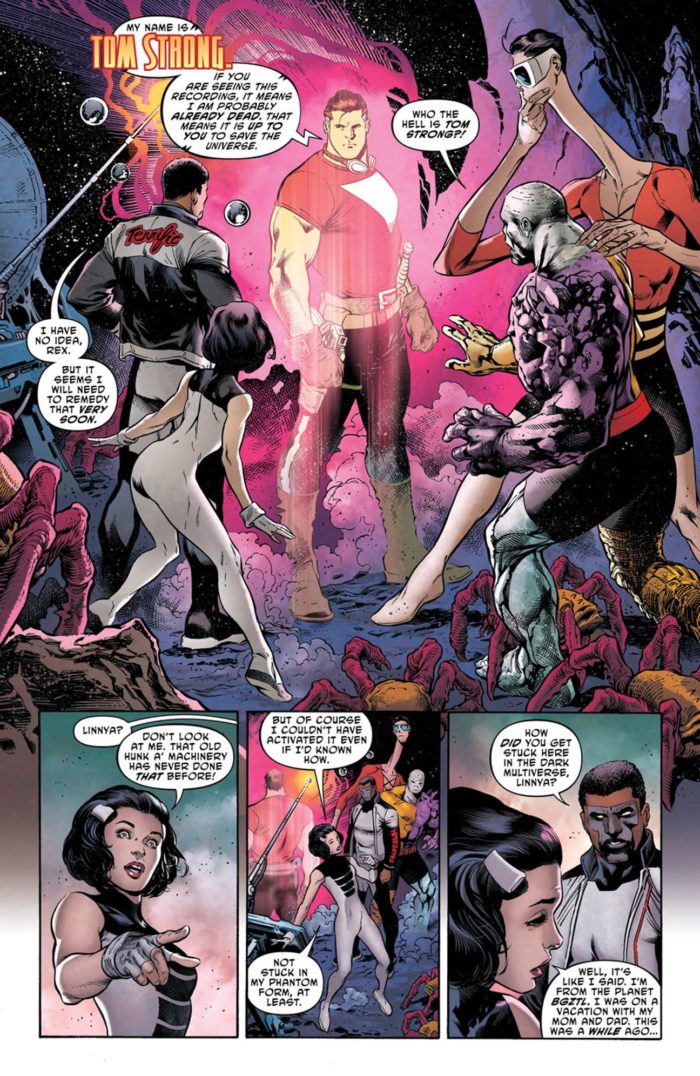 The remainder of the issue shows the ragtag bunch of misfits surviving in the strange Multiverse getting into various antics, and this is where the issue and the series begin to click. I could go on how Mr. Terrific is a brilliant straight man to the over the top comedic Plastic Man or how Metamorpho’s recent transformation to elemental shapeshifter contrasts beautifully against Linnya’s lonely upbringing. But the key takeaway is that the characters are perfect foils for each other, both in power set and worldviews. It’s a brilliant balance of character quirks that finally gets a chance to shine and take center stage after the first issue had to set up the premise of the story.

The Terrifics is a story about a found family, bound together by strange circumstances as many of these stories are. The individual strengths of each character are enough to hold the story up, and the magnificent artwork from Reis and Luís elevates the book to a whole new level. There is a haunting beauty of the Dark Multiverse that is awe inspiring which is paired wonderfully against the visually dynamic powers of Mr. Terrific, Phantom Girl, Metamorpho, and Plastic Man (who manages to steal every single scene he’s in).

It’s a fun story that makes you wish you could spend a little more time with it. But you’ll definitely enjoy what time you have.

8.9 “Dark Multiverse Physics Lessons” out of 10

Reading The Terrifics? Find BNP’s other reviews of the series here.