I heard the barbershops be in great debates all the time/Bout who’s the best band, The Stones, Zeppelin or Generation O?!

The music writers of the world will endlessly debate the greatest bands of all time. Bands such as The Beatles, Metallica, Pink Floyd, Queen, and Nirvana will always be included in these discussions but sadly other bands will be overlooked just because, technically, they aren’t “real” bands. So, to give these often overlooked, yet widely beloved, bands some recognition, here is my top 10 list of terrific bands who keep it nerdy. 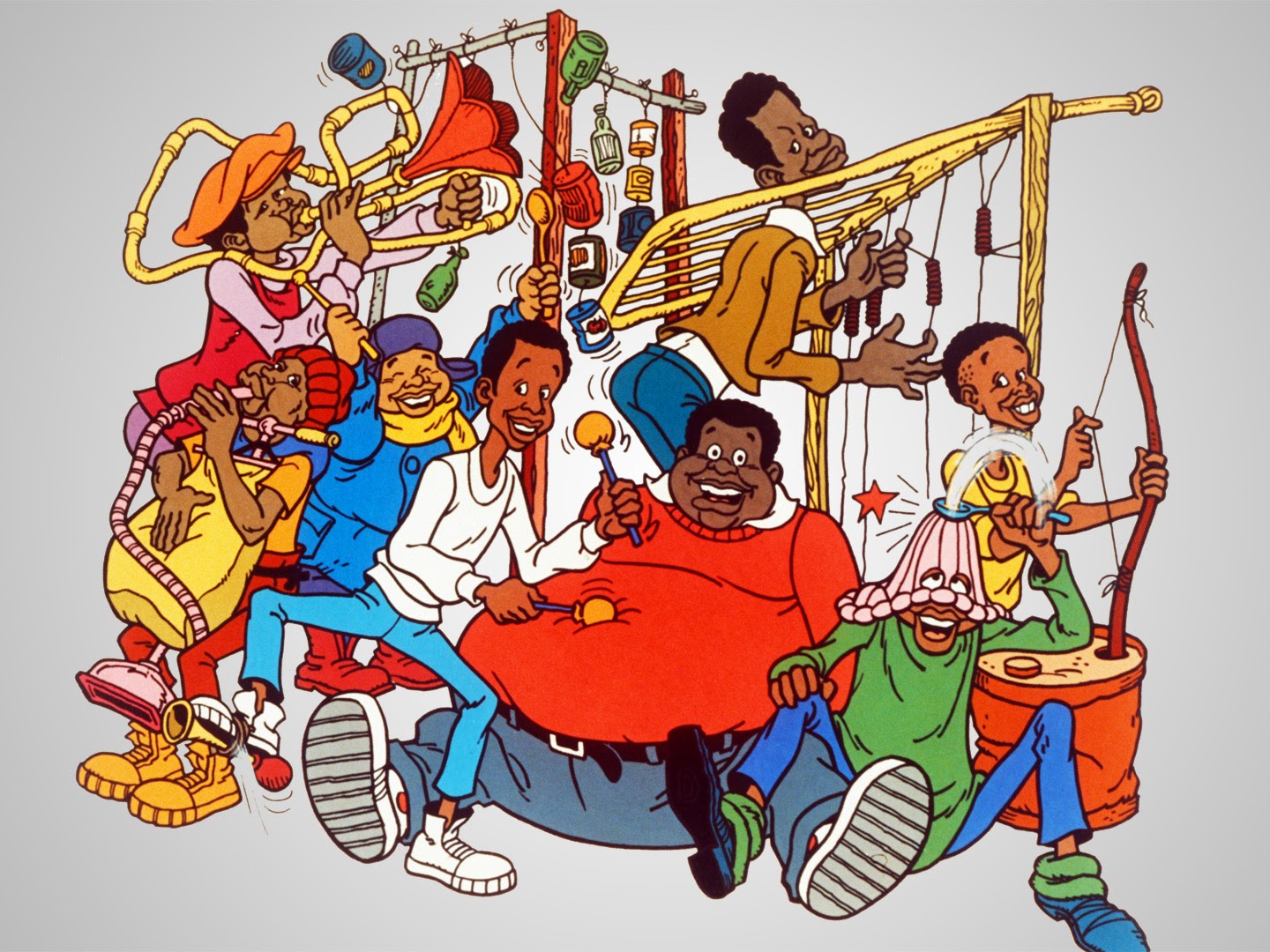 If we can separate the man from his work here for a second, the Cosby created Fat Albert & The Junkyard Gang really weren’t going to let a thing like poverty stop them from getting these hits off. There’s something to be said for making studio quality music on instruments cobbled together from garbage, but the Junkyard Gang did it and spent over a decade using Herbie Hancock inspired tracks to instill kids with positive messages. 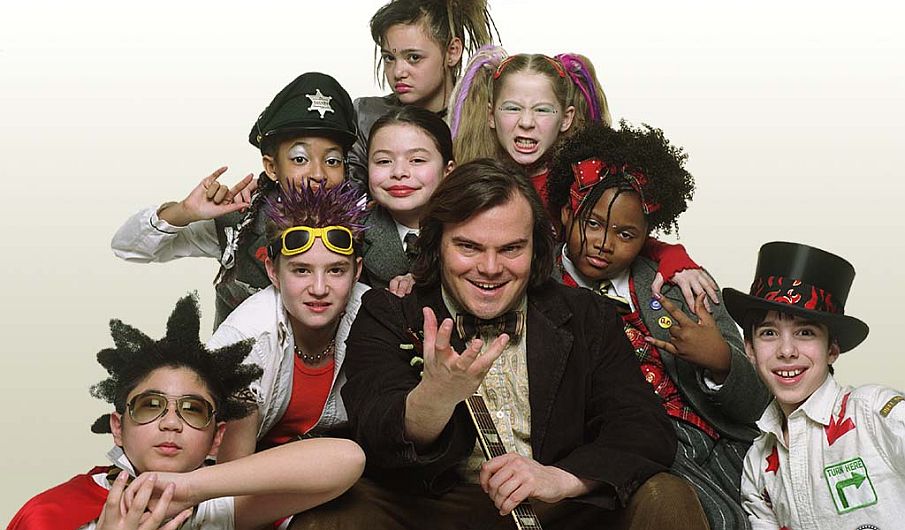 Let’s talk about School of Rock for a second, or more specifically let’s talk about Jack Black’s character Dewey Finn. How anyone could have 1) illegally posed as a substitute teacher, 2) liquored up a middle school principal to get her to sign off on some waivers and 3) kidnapped a bunch of musically talented misfits is anybody’s guess, but at the end of the day we’re sure glad Finn did what he did. Dewey Finn had a burning desire to let his heart song out and whether it had been on that stage or behind bars (where he should have been, but you know…white privilege!) Finn was going to get that song out regardless. I’m thinking maybe he would’ve had some kind of Longest Yard/Lucious Lyons situation going on behind bars, but I digress. People the point that I’m trying to make is that rock music can indeed change the world, but what this band does is far more surprising; they change the minds of their parents. By the film’s climax, Zack’s need for his dad’s acceptance, Fred’s rebellion, Lawrence’s shyness, the self-confidence of the entire class and Dewey’s salvation, all hang in the balance of song and they totally came through. All the kids in the band played their own instruments and did their own singing, which makes this band that much cooler. Plus, they even had a little 10-year reunion concert back in 2013, which should make you feel pretty old. While the song itself is kind of paint-by-numbers (to be fair, it was written by an 11-year-old), the performance was still exhilarating enough to give them a spot on our list. Music is central to Edgar Wright’s pop culture fever dream this is 2010’s Scott Pilgrim vs. The World, with a number of fictional bands showing up during the film’s running time, including Clash At Demonhead, fronted by Brie Larson’s Envy Adams, and Crash & The Boys. But it’s Sex Bob-Omb who are front and center here as this garage band is the closest thing our hero has to an actual job. While the band does receive a lot of shade from the peanut gallery, in actuality they’re pretty good, thanks in most part to catchy numbers penned by artist Beck. Fun fact: After the film came out, Michael Cera went on to play bass for Mister Heavenly, a side project by Islands’ frontman Nick Thorburn, also featuring members of Modest Mouse and Man Man. How this film got snubbed at the Oscars for Best Picture, the world may never know. We aren’t even talking about the King’s Speech anymore fam! This fictional band (which spun out of the Archie cartoons) came to life with an album of their own on Capital Records in 1970. But still you probably know them for one of three things: those iconic cat jumpsuits, their theme song, or that God-awful Tara Reid movie. Eww!

I got to keep it real with you, I didn’t know that this song originated with Archie until I was doing research for this post. Watch the video fam. Not 15 seconds in and Archibald Andrews is already on stage high on life, doing his best Dj Khaled impression and calling his shots into the micophone. Talking bout “Hey listen up my peoples! I got another hit on my hands that’s crazier than the last and trust me you need these vibes in your life!” People already leaving the venue because Archie has been spamming those garbage Soundcloud links for over 70+ years, when out of nowhere son crafts a timeless classic out of thin air and just like that the Riverdale Carnival of ’69 is lit! Not much about this video makes sense — not the fact that there is a dog conducting the band, not the fact Archie has notoriously been juggling two women for over 70 years yet still makes his shot with a third, and not the fact that this girl’s kiss is apparently turning humans into woodland creatures. “Sugar, Sugar” was a crossover hit in 1969 and not only did it reach Number 1 on the charts, but it sold 6 mil and blazed a path for fictional bands to follow.

5) Marvin Berry & The Starlighters (Back To The Future) When lead singer Marvin slices his hand trying to bust Marty out of the trunk of a car and can’t play guitar that night, McFly steps in on guitar with the hopes to save his future. Of course in typical McFly fashion, Marty teaches the band the chord changes to “Johnny B. Goode” and rips a crazy solo that those in attendance aren’t ready for (but their kids are going to love it). Marty’s performance is so good that Marvin gets his cousin Chuck (as in Chuck Berry) on the phone and let’s him listen in. The gag here is that Marty essentially births rock & roll before Chuck’s even gotten the chance to invent it (who else here peeps the jig?). The band’s version of “Earth Angel” is so smooth, silky, and magical that it’s highly plausible you too would have found your one true love at the  “Enchantment Under The Sea” dance of ’55.

Some kids grew up on the Beatles. Others, the Rolling Stones. Then there were those that learned about music through Dr. Teeth and the Electric Mayhem, the house band for the Muppets. For a lot of younger audiences, The Mayhem were a gateway to rock and roll. The group covered everything from classical to jazz to country as well as backed up legends such as Elton John and Diana Ross. The group became so popular that Dr. Teeth and his crew eventually joined Kermit and company in the big screen adaptations. While the voice line-up behind the band has changed over the years, (due to the death of Jim Henson and the retirement of some of the other puppeteers) the band is still together and plays currently on ABC Monday nights. 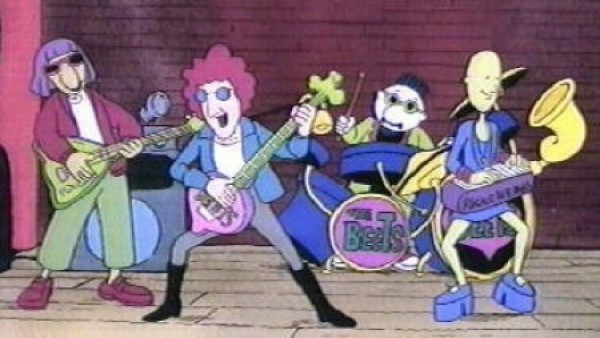 Doug creator Jim Jinkins took an untraditional approach to music and used it as a way to set his show apart from anything else Nickelodeon was airing at that time. Even though the band was an easily identifiable parody of The Beatles, they came with their own sound that even inspired Doug to write his own song, “Bangin On A Trash Can (Think Big)”. The band was known for their hit singles “Killer Tofu” and “I Need Mo Allowance” and influenced the musical tastes of every millennial you know.

Created in 1958, Alvin and the Chipmunks came into the game with their own sound and are definitely some serious heavyweights when it comes to a fictional band achieving real success. This band has actually accumulated more accolades than a lot of real bands (and inspired *cough* equally if not better *cough cough* copycats). That’s right! This fictional band has garnered a total of five Grammy Awards, an American Music Award, a Golden Reel Award, and three Kids Choice Awards. Want to hear an even heavier flex? The group’s last album released in 2013 was titled “All the Hits and Then Some.” Geesh.

Because after all these years admit it: that song is still stuck in your head. The Model Nodes are definitely the gulliest band in the galaxy due to the fact that not many other bands would have kept playing in the kind of venue where someone can get their arm cut off with a semi-legendary energy weapon or get shot messily in the head (first!) without the multi-species patrons batting an eyelid. These guys would do whatever as long as the check clears, which I can respect. That’s the kind of gumption that earns them the number 1 spot on this list.

Any of your favorite fictional bands didn’t make the cut? Sound off with your picks in the comment section below.