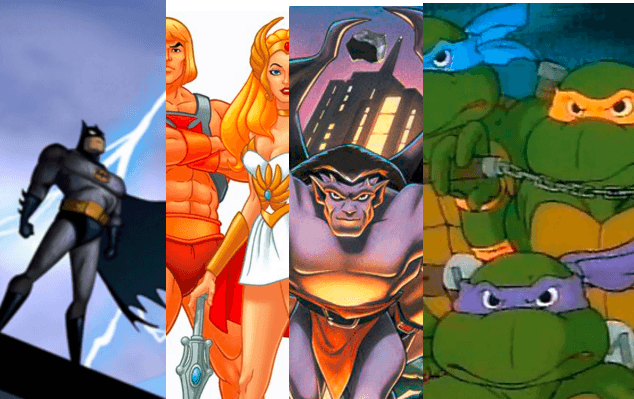 For many of us — for most of us — the 80s and 90s were the golden age of cartoons. Much of our adoration can be admittedly attributed to nostalgia at the convenient discredit to more recent programs that are just as remarkable today, and that will be equally memorable to a new generation, but even without the rose-colored glasses, many cartoons from the 80s and 90s simply stand the test of time. Their characters held up, and will continue to hold up, forever. And behind the scenes of many of our favorite titles over those formative decades for animation stood a woman few might recognize; a woman to whom we owe our adoration and feelings of nostalgia, and that’s Brynne Chandler. I spoke with Brynne about what went on behind the scenes, the joy of writing, and the legacy these shows leave behind.

Black Nerd Problems: Your writer credits include He-Man, She-Ra, Teenage Mutant Ninja Turtles, Batman: The Animated Series, and Gargoyles — some of the most iconic shows for an entire generation of millennials. Which program was the most fun for you to write? Which are you most proud of having been a part of?

Brynne Chandler: I had the most fun on Phantom: 2040. The story editors, Gar and Judy Reeves-Stevens, gave me incredibly detailed outlines to work from and that freed me to focus on the characters. It was the first time I knowingly wrote for Jeff Bennett. And Mark Hamill was amazing as Dr. Jak. Having superb voice actors makes writing dialogue even more fun. 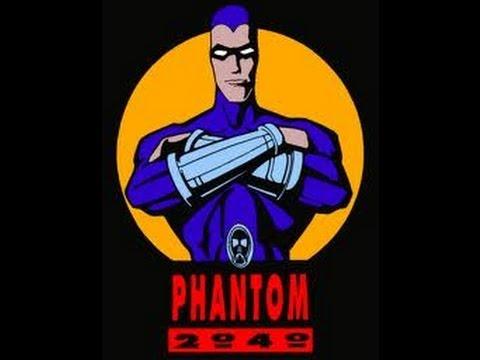 I’m probably proudest of Gargoyles because the scripts were a huge challenge, but everything about that show came together so perfectly. The music by Dennis Woodyard, Frank Paur’s exquisite art direction. Frank and I were totally in sync from the first Batman: The Animated Series script of mine he worked on. It’s like he can see the images in my head as clearly as I can when it comes to staging. The voice talent we had was astounding. I learned so much from Keith David, Salli Richardson-Whitfield, Frank Welker, Jeff Bennett, and the rest of the cast. And we had so much fun! Tim Curry smooched me on my face. The beautiful and brilliant Nichelle Nichols liked one of my scripts so much that she asked for my autograph after a recording session. How could any human being not be proud of that?

BNP: Most of the famous cartoons you worked on have male character leads in a male-dominated profession. How would you describe your experience as a woman in those writers’ rooms?

Brynne: There were no writers’ rooms in daytime animation. That’s the main reason I never tried to make the jump into sitcoms or hour episodics. I pitched or was given an idea, then went home and wrote the premise, outline, and script all alone at my keyboard. We all did. Ninety-nine percent of my episodes aired almost exactly as I wrote them. You don’t get that kind of satisfaction writing by committee. At least, I don’t.

As for my general experience, when I started writing animation there were only four women in the country making a living at it, as far as I know. Diane Duane, me, and two others. This was years before Christy Marx’s fabulous work on Jem. So, there was the usual unpleasant, unprofessional stuff. People assuming that I got work only because I was married to Michael Reaves, general condescension, sexual harassment, being paid less than the guys …

I tried not to take any of it personally, fought back when necessary and focused on learning my craft. That’s really all you can do.

BNP: I want to spend some time talking about your career trajectory as a writer. How did you get started? Can you remember the first time you felt you “made it” as a writer?

Brynne: I moved to LA – to West Hollywood — and in with Michael in August of 1982. In October, Arthur Nadel called from Filmation to ask Michael if he’d like to write for their new show, He-Man and the Masters of the Universe. Michael’s first response was “Who is this really?” His second was “Will you read a spec script from a new writer?” Arthur said “Sure – if you get it to me before I leave on Friday.” Michael hung up, turned to me and said “You need to write a script.” This was Thursday afternoon. I had never written a thing outside of school assignments.

So, I studied a bunch of Michael’s scripts to learn the format and terminology, came up with a basic idea and wrote a spec script on an Apple computer in two 16-hour marathons with two hours’ sleep in between. Friday morning, the IBM Selectronic we used as a printer freaked out on me, so we packed up the computer and brought it to Diane Duane’s apartment in Northridge, and she printed it for me. She is basically a computer goddess, by the way.

We dropped the script off at Filmation, and on Monday morning Arthur called Michael and said “Tell me the truth. Did you write this yourself?” That’s when I knew I had a shot at a career.

That episode, “Colossor Awakes”, was chosen as part of the He-Man series premiere at Grauman’s Chinese Theater. Sitting in a theater full of Filmation employees and their children, hearing the kids laugh at my very lame newbie dialogue, was the moment I felt I had made it. BNP: When you began your career, what did your idea of success look like for you? How has that picture changed over the years?

Brynne: My definition of success as a writer has always been just not needing a day job. Being able to support myself 100 per cent from writing.

That’s still my definition of success, for myself. I don’t try to define it for anyone else. So, while my definition hasn’t changed, the picture certainly has. I’ve had to take lots of “regular” jobs to support my kids over the past decade or so. But, that’s okay. Being a parent means doing whatever you have to feed, clothe, and house the kids.

BNP: You’ve written for a variety of media, including TV, manga, and a novel. When you have a new story idea, what’s the first medium that comes to mind? Which do you find most natural, and which the least?

Brynne: A story generally knows what it is when it comes to me. These days, it’s usually a short story or a novel. I have zero interest in screenplays and can’t really see myself writing TV animation in America again. Though, I would sell one or two of my kids to write for any of the Avatar incarnations, or Steven Universe.

As for medium, animation scripts feel most natural to me, probably because I’ve done so many. Short stories are fun, but figuring out how to write another novel is killing me. They are sooooo long! 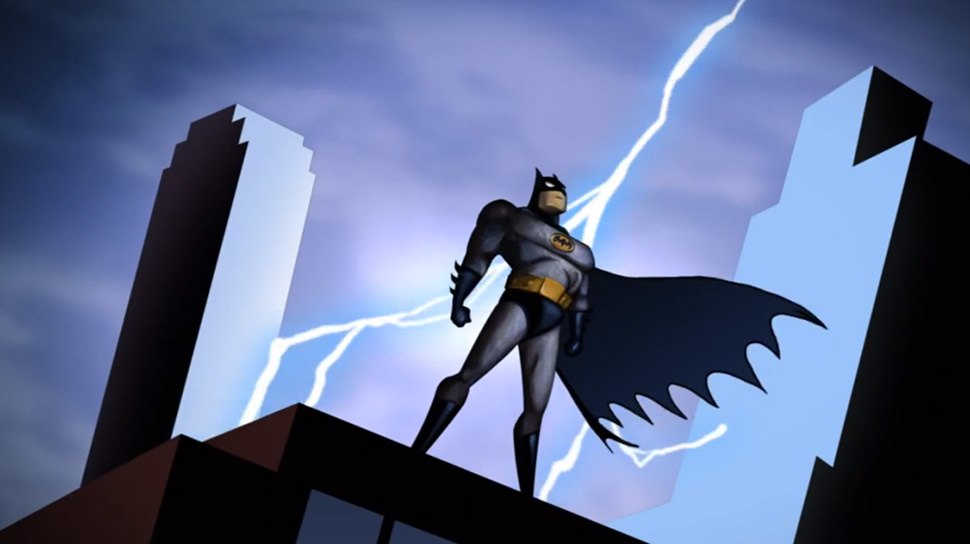 BNP: At one point you were the highest-paid woman writer in animation. In your career as a professional writer, how have you seen the business landscape change for women writers?

Brynne: I lucked into being in the right place at the right time. Television animation in the early 1980s was like the Gold Rush – there was much more work than there were writers who could deliver consistent quality. They couldn’t be picky about hiring women, and my agent, the late Candy Monteiro, was not going to let anyone pay me less than what she felt I was worth. But, the years when they were trying to do 65-half-hours of things like Rubik’s Cube has passed, so the competition is tougher, now.

But, it looks like female creators and showrunners are getting more chances and more attention, and that’s great. Rebecca Sugar doing her glorious work for Cartoon Network. And Lauren Faust on Discovery Family. But, female writers are still a minority in Hollywood in general, and I don’t see that changing anytime soon.

BNP: You wrote the majority of the first season of Gargoyles with Michael Reaves. It is, as you know, one of my favorite cartoons of all time, but the show ended on a relatively low note with its final season and conclusion. What did you see happen there? How did you feel about the trajectory of the show after new writers took over for season 3?

Brynne: There was a lot of nonsense going on behind the scenes, and no adults supervising because the Disney TV Animation corporate structure was in flux. When the higher-ups finally saw what was happening, Greg Weisman was removed as Producer and none of the Story Editors, including me, returned. I have never seen any of the third season episodes. To be fair, I don’t think I’ve seen all of the episodes I wrote, either. Of any show I worked on. Once the script was final, I moved on to the next thing.

BNP: How much weight do you put into how your work is remembered? Have there been recurring themes or messages you’ve wanted to push forward to resonate with viewers or readers?

Brynne: I’m thrilled and so humbly astounded that people seem to like my work, but all of the joy for me was in the actual writing. I’m not consciously aware of any themes, except for the idea of being authentic, striving to move through life as the best being – human or otherwise – that you can. Not doing what society tells you is right, but questioning everything until you figure it out for yourself and living with compassion and grace.

So, on Gargoyles, as with anything I wrote, I tried as hard as I could to make the characters live and breathe. Even on something like Potato Head Kids I tried to put myself in their places and make sure that what they felt, what they said, rang true. Also, Disney required Story Editors to be present during the recording sessions, so I got to know the actors and actresses and got a feel for how far I could take them. And how far they could take all of you. 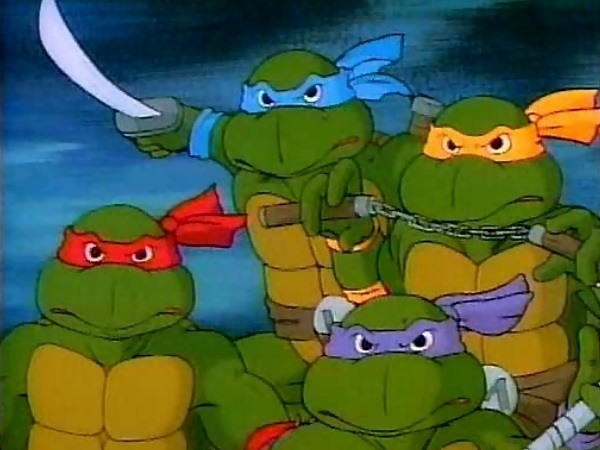 BNP: What are you working on now?

Brynne: I’m working on a series of connected Southern Gothic short stories and a horror novel set in fictional Popgrass Holler, Louisiana. So, unless you want to read one of the 2500 articles I’ve written for Livestrong and eHow, you’re gonna have to wait a bit longer …

But, I am moving to Toronto in June, to be with the wonderful, amazing man in my life. He’s an award-winning animation writer, so we’re both hoping that there’ll be a place for me in TV animation in Canada. Ontario doesn’t have the ridiculous ageism that Hollywood does, so cross your fingers for me.

BNP: Finally, what advice would you pay forward to creatives out there who are planning to follow your career path as a writer?

Brynne: Well, I don’t think it’s possible to follow my path, because that particular enchanted forest no longer exists.

The best advice I can give is to learn your craft inside and out. Be passionate about practicing your art. Take it seriously. Respect it. But, don’t be afraid of it! And always keep in mind that mastering and glorying in the craft itself, whatever it is, is the point. Not financial success, not awards, not fame, not anything that comes from the outside. The key to the treasure is the treasure.