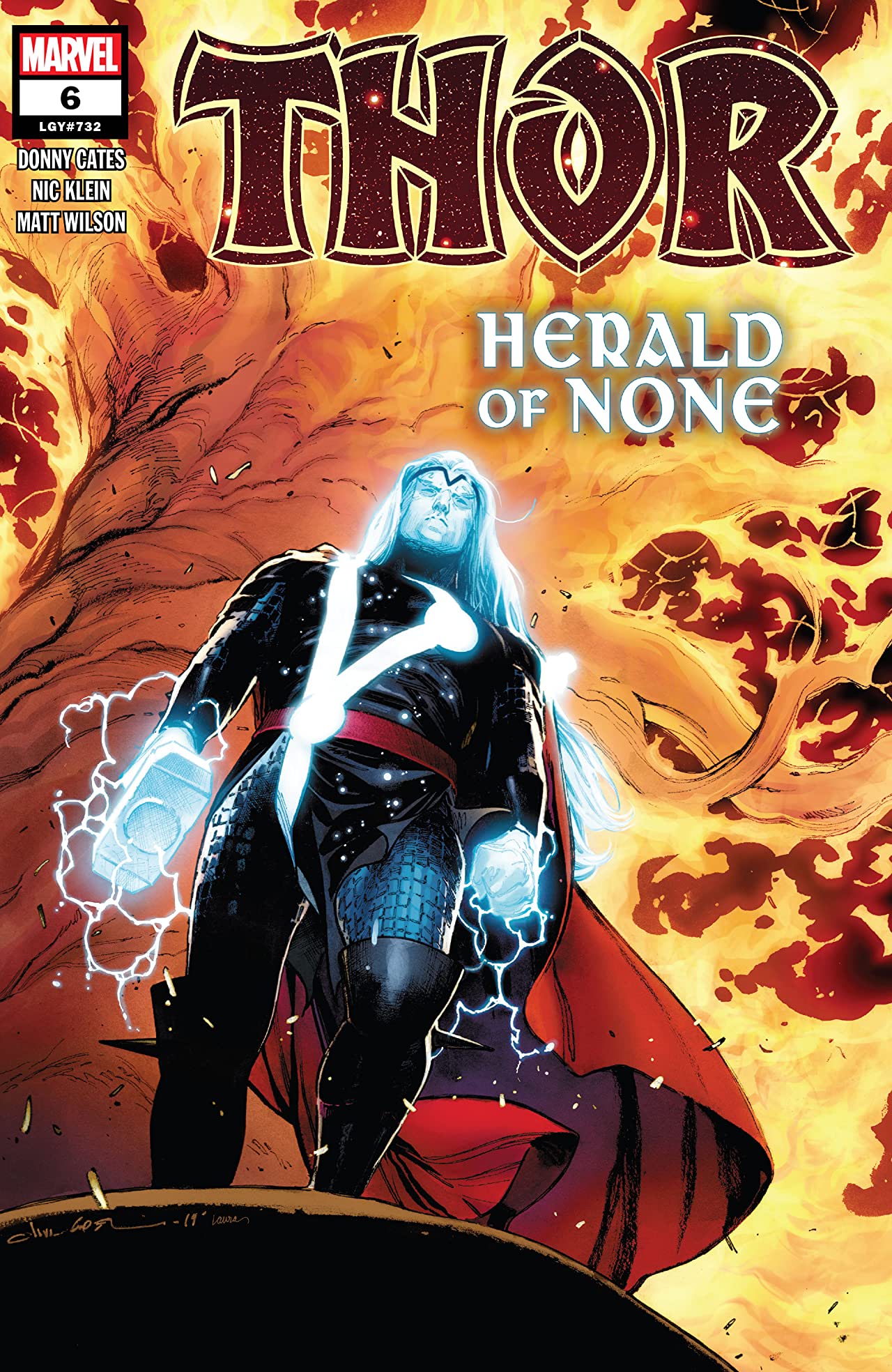 What’s a king to a god? What’s a god to a world-eater? What a world eater to a nonbeliever who wants to destroy it all? Absolutely not a damn thing as Donny Cates’ latest issue of Thor proves in another world-shaking banger. In the face of the world-eater Galactus and The Black Winter, Thor stands between two primordial god-like forces and shows why they need to watch the throne.

Jay Z references aside, what another spectacular issue by Donny Cates. Man, to be Thor, have all that power and not have to worry about choosing the lesser of two evils. This week’s issue of Thor #6 reaches the tipping point of this series as Thor is caught in the middle of Galactus and The Black Winter. Last issue’s big cliffhanger ending revealed that Galactus only survived the end of his universe by agreeing to be The Black Winter’s herald.

The great theme of this issue is the end, the end of everything. For the past several issues, Thor has been the pawn of the Galactus, watching him wreck planet after planet to defeat The Black Winter. He’s been dragged around at Galactus’ mercy for the sake of saving the universe and it’s about time that comes to an end. The end to being used, the end to forces of the universe having their way, and the end of a god.

It’ll all make sense once you read the issue but there are big moments handle excellently by Cates and brought to life by Nic Klein, whose artwork is exactly the type of style you want for a mythic battle between gods and forces of nature. Each panel is spectacular and as the action ramps up it’s like watching a painting of a battle between titans. If Jason Aaron’s Thor run was about discovering what it takes to worthy, then this first issue of Donny Cates’ first arc is about the struggle and weight of maintaining that worthiness. Heavy is the head that wears the crown and as this arc comes to a close, it only gets heavier.