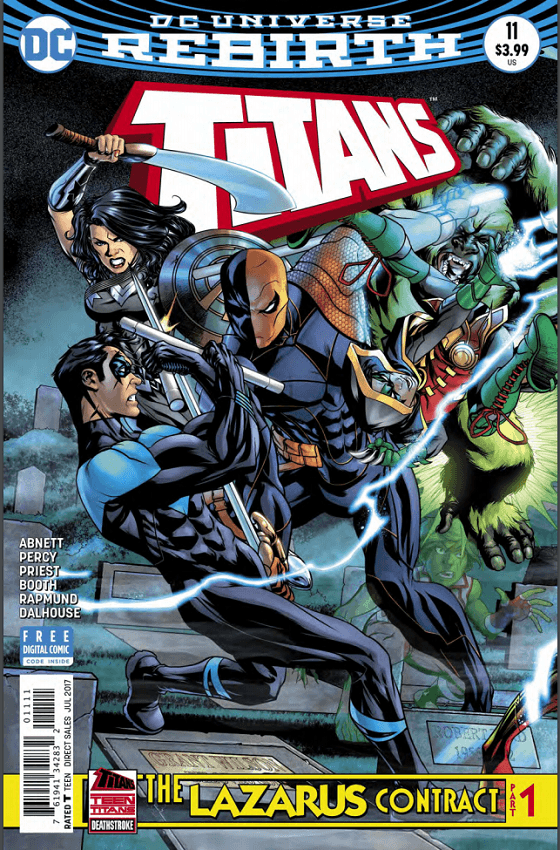 While we aren’t consistently reviewing any of the books involved, the mention of “Titans,” “Deathstroke” and “Contract” should make any DC comic book fan’s ears perk up. The most famous Deathstroke / Teen Titans story (with a recent DCU animated film), the Judas Contract spun out of Deathstroke blaming the Titans for the death of his son, Grant Wilson, known as the contract for hire, “Ravager.” Judas was of course referring to Terra, who conspired with Slade to infiltrate the Teen Titans and betray them. Now, in Rebirth, the Lazarus contract contains many of the same players, but as you would imagine, the death of Grant has a different implication this time around.

Slade is still engaging a young super hero team, but to a completely different end. Its smart. Its an updated story with some familiar themes that will tie you in, but a completely different thrust into the plot. As the series will crossover with Teen Titans and Deathstroke books, Titans #11 is a good jumping off point, as it incorporates Nightwing who was there for Ravager’s death, and Wally West, who has what Deathstroke wants. 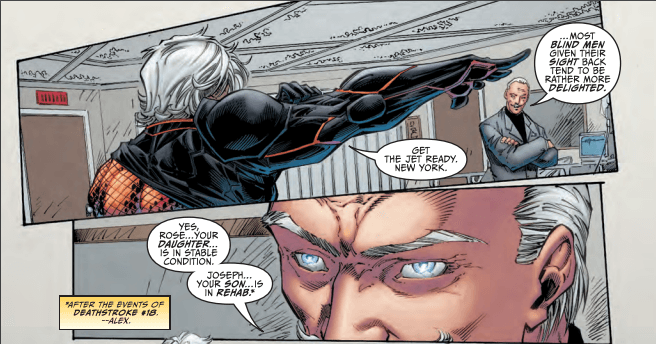 This is, about as true to Deathstroke as it gets. A relentless focus and pragmatism, always several steps ahead of his adversaries, and yet, a code and professionalism that underlines his mercenary disposition. Short of few uneven character beats, the collaborative writers really handle the story well to make it engaging and cohesive, while fueling all kinds of speculation for what comes next.

The art is good in spots, serviceable in others. The pencils often feel soft with the colors muted, which works for the most part in a Titans book. With the incorporation of Deathstroke, especially if you’re used to seeing him in his solo series, makes the character feel a bit dulled. That is a minor gripe though, as the action is done extremely well, and Booth handles the Speed Force with other characters (who aren’t speedsters) present as well as most do. 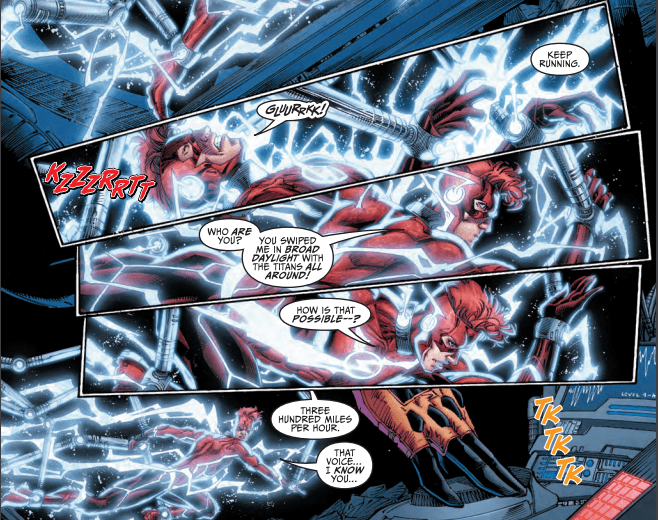 A good start to a fresh take on the popular story. With this group of writers at the helm, there is a potential for this to be a very good crossover, but of course, it’s still early.

Check all of our reviews of the Lazarus Contract crossover here.