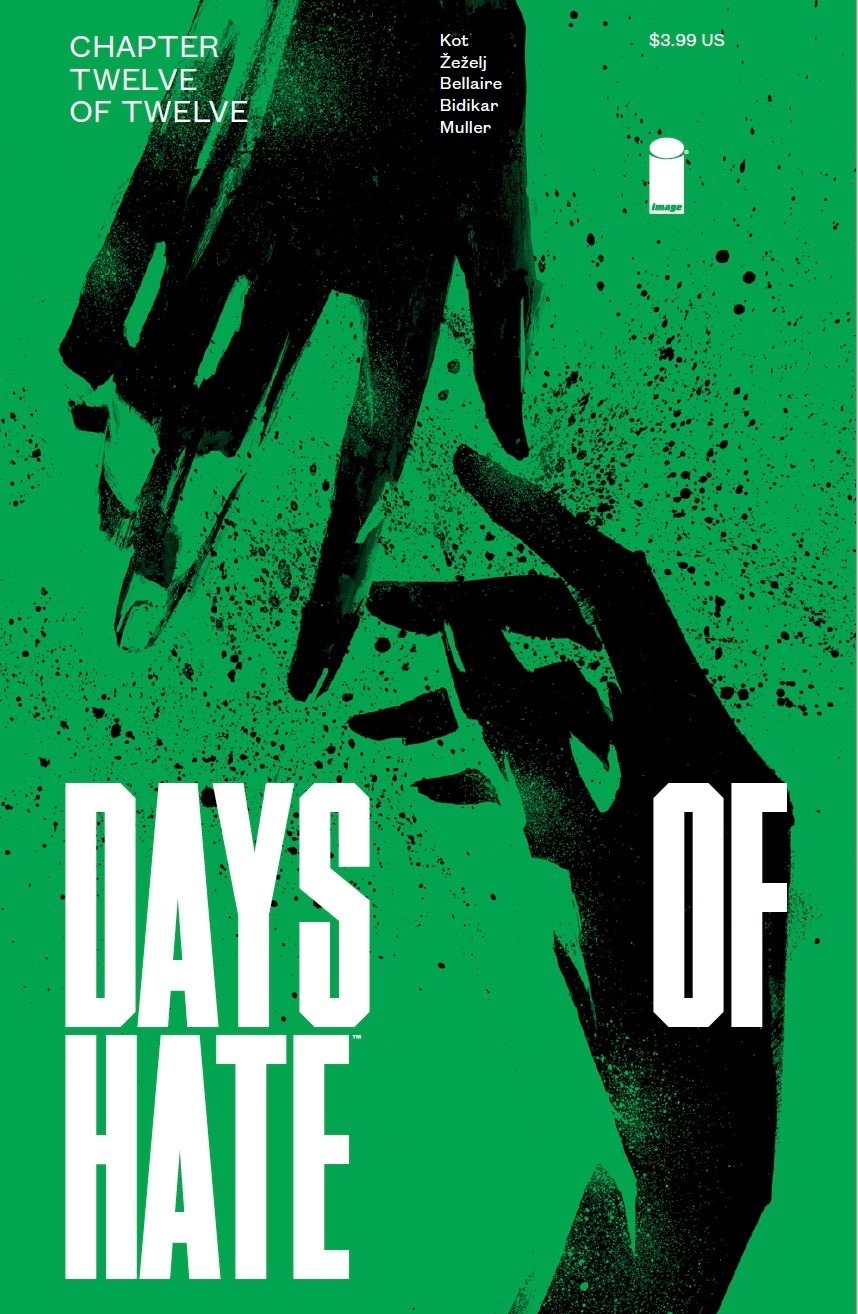 This is that swan song. Not a loud, splash-page-filled extravaganza full of pageantry. Not an action-laden, muscle-bound slobber-knocker with a flock of John Woo doves before the gunfight type comic. But a patient, masterful narrative executed by thoughtful use of peripheral characters. Days of Hate #12 brings the last few chickens home to roost and brings a phenomenal arc to an end.

Days of Hate has been a powerful story so far and the finale of the run returns to the ‘less is more’ format. Ales Kot has achieved a rare thing with DoH in general, but really drives the point home in this last issue. Aptly titled “Anthem For No Nation”, readers are left to watch this fictional world pick up the pieces after the bombshell events of the last two issues. All the primary plot threads were sewn up by the end of the last issue, so what story could there possibly be to tell and how would it compel anyone to read it?

Simple, really. Just have those plot threads tied off with a strong knot, one that grasps every last bit of string that Ales Kot dropped into the story. In the age of POTUS tweets that affect global policy, where the actual news cycle is inane and ludicrous; Days of Hate looks deeply into the black mirror and doesn’t blink. In a moment that can only be described as cute, the last words of the issue note that sanity is something we see very little of. 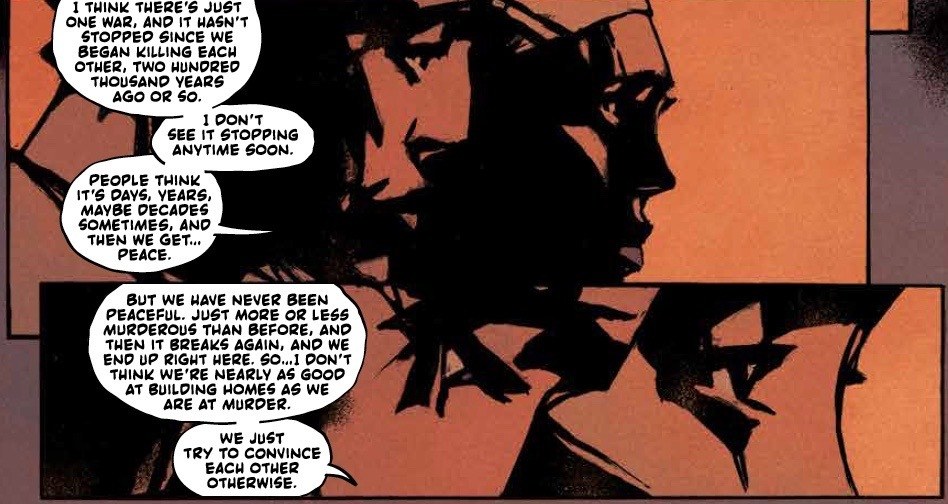 It is easy to overlook the artwork in a narrative written so well, but the proportion of the panels on the page in Days of Hate #12 illustrate the human experience with great intention. The bold outlines on people, places, and things set against a palette shading most of any given page. The development of spaces for dialogue and ways to draw the eye to details woven into the story is just so well crafted. Zezelj’s use of color, dimension, and paneling throughout the series has been some kind of wonderful. Ironically, words can’t describe how emotionally stirring it’s been.

The last few pages are a synergistic master class, where Kot’s writing and Zezelj’s art arrive at the same point and deliver a harsh but spot on reflection of what it feels like to exist in the world knowing things like science and history. Or just having common sense. When this is released as a trade paperback, this issue will stand out. When the MAGA folks start burning comics, this will stand out near the top of the pile. Days of Hate is the stuff of college curricula. Read it and pass it on. 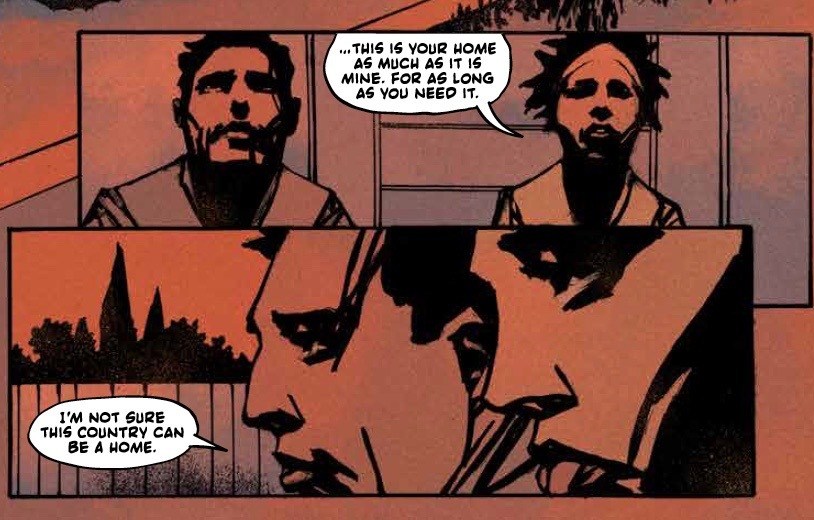 We’ve covered all of Days of Hate, so you can read all of the reviews together in one place.