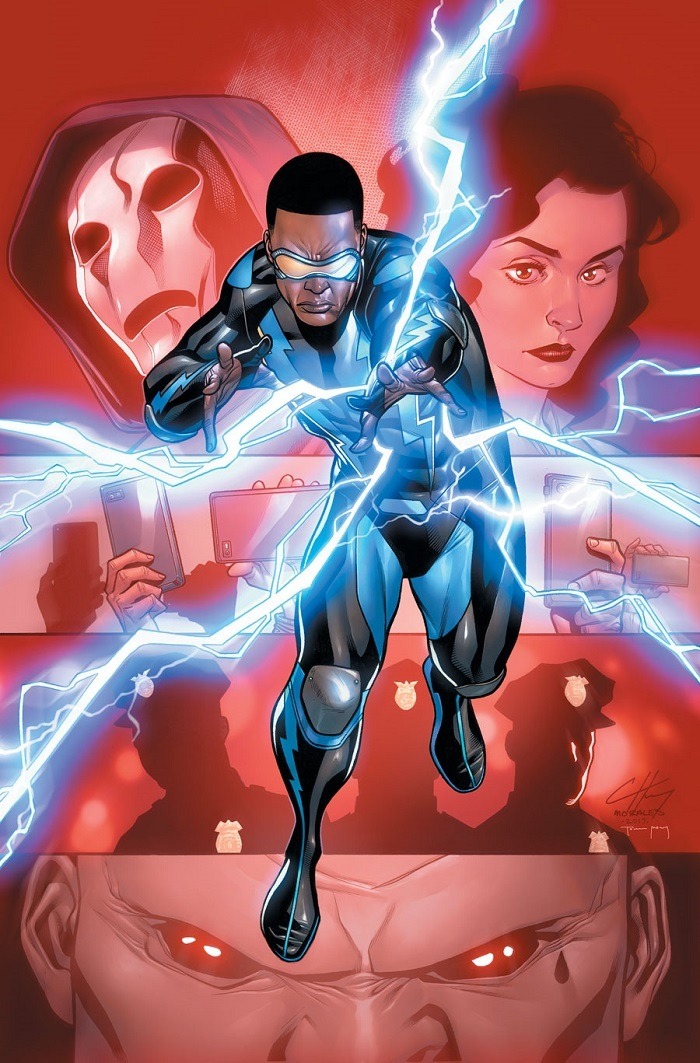 For the first time in over 20 years, the man responsible for creating one of the first Black superheroes in comics is returning to the fold. “Cold Dead Hands” will be the next outing for Jefferson Pierce, a.k.a. Black Lightning, and will be written by none other than Tony Isabella himself.

Timing couldn’t be better as “Cold Dead Hands” is set for a debut of Nov. 1, 2017, not long after the CW series based on the character will premiere.

Isabella was gracious enough to give BNP some of his time to talk about his return to the character, Jefferson Pierce’s return to his hometown of Cleveland, and some of the key differences between the upcoming mini-series and his past works. 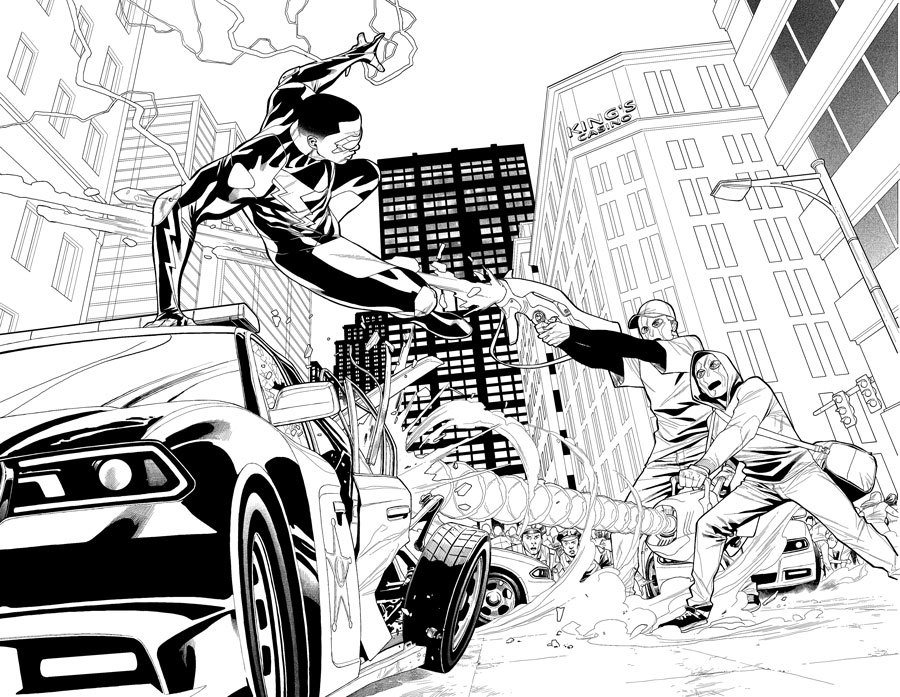 The Return of Black Lightning

Black Nerd Problems: It’s been over twenty years since you last wrote a Black Lightning series. What encouraged you to do so now? Had you been interested in returning to the character for a while? Or was this just perfect timing?

Tony Isabella: I’ve always said I would be happy to write Black Lightning stories for the rest of my life. That wasn’t going to happen under DC’s previous management. But, under the current management, DC and I have been working on things to our mutual benefit. My return to Black Lightning was sort of inevitable. When Dan DiDio asked me to write a new series, I said “yes” immediately. And this was before the TV series got moving. The perfect part of all this is that my new Black Lightning comic-book series will kick off at a time when the Black Lightning TV show is being called the most anticipated new TV series of the mid-season. After too long a wait, my creation is finally getting the props he’s always deserved.

BNP: Reports state Jefferson Pierce will be in a different stage in his life in the Cold Dead Hands mini-series than we’ve typically seen. For example, he’ll be younger (28) and won’t have his family yet. What other kinds of differences can readers expect?

TI: Cold Dead Hands is not a flashback series. This is the new Black Lightning continuity as long as I’m writing him. When I was told I could do anything I wanted with this series, I figured out that what I wanted was to adhere to my creation’s core values and then do things I’ve never done with him before.

So he’s younger than I’ve ever written him before, but also smarter than I’ve ever written him before. He has a family. He moved back to his home town of Cleveland because his terminal father wanted to reconnect with their life there. The new series picks up after his father has passed. But Jeff’s grandmother is still alive. He has an aunt and uncle who are still alive. He has two cousins, Anissa and Jennifer, the oldest of which is one of his students.

Giving him an actual family in addition to the kind of family that he has historically created for himself is one of the things I had not done before with him. I don’t do much with his family in this six-issue series – I refuse to call it a mini-series – but I hope to do more with them in future stories.

The Return of Tobias Whale

BNP: Tobias Whale, one of Black Lightning’s greatest adversaries, also appears to have gotten a serious makeover for this run. Was this your idea? If so, what sparked the change?

TI: The new Tobias Whale was my idea. I don’t want to give away any of what’s going on with him, except to say this series is the first meeting between him and Black Lightning. Not a flashback of any kind. This is the first clash between a hero and a villain who are destined to become mortal enemies.

What sparked the change was my desire to do different things with Black Lightning. The Tobias Whale from my 1970s series was greatly inspired by Marvel’s Kingpin. I felt Marvel was making Wilson Fisk too sympathetic, what with him having a son and a wife and teaming up with Captain America against Hydra. This is, of course, before Frank Miller put his spin on Fisk. In a sense, Tobias Whale was to be my take on the Kingpin.

The new Tobias Whale does not physically resemble Wilson Fisk in this new series. He has the body of LeBron James with the modified head of the Brow, one of my favorite Dick Tracy villains. While he was an African-American albino in his previous incarnations, this Tobias Whale is not an albino. But he is more evil and ruthless than ever. He’s a fit adversary for Black Lightning and vice versa. 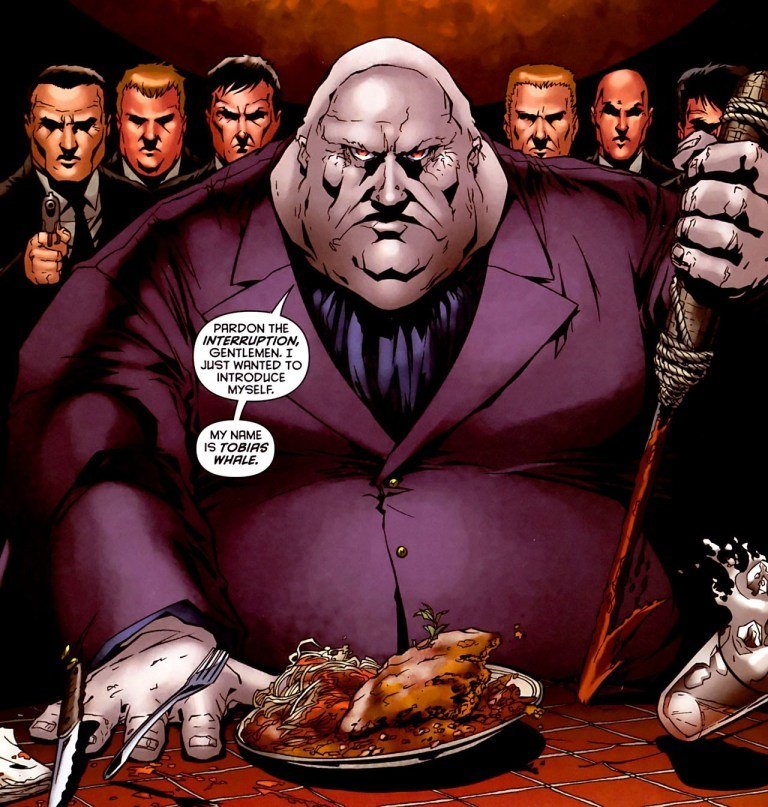 BNP: Given the runs in the 70’s and the mid-90’s, you’re now essentially writing Black Lightning for a third generation. How has your approach to the character changed at all given the time that’s passed?

TI: Readers shouldn’t expect me to write the same way I wrote in the 1970s and the 1980s and so on. My approach to my creation’s core values haven’t changed, but my new stories will reflect all I have learned and reflected on since the last time I wrote Jefferson Pierce. One of my goals is to look at real-world issues in a super-hero universe. Hence the title of this first series.

BNP: Not that I’d expect you to say what they are just yet, but can fans expect any loose tie-ins with the forthcoming Black Lightning TV series? Maybe a new character that’ll appear in both?

TI: Probably not. My current comic-book Black Lightning is 28 years old. The TV Black Lightning is at least two decades older. On the other hand, since the TV series can make use of any character I’ve created for Black Lightning, there’s also the possibility that a character in my new stories will be someone they want to use in the series. 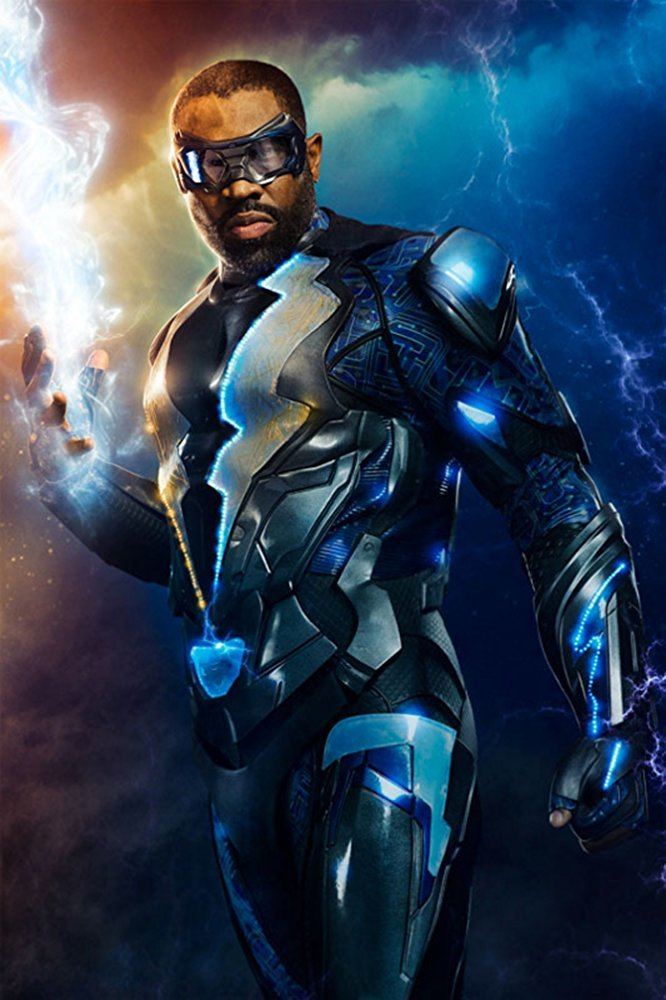 BNP: I’d personally go as far as to say that each of the past runs of Black Lightning you worked on accomplished very different things. The first introduced the character, the second gave him some major upgrades and expanded his personality. What do you hope to accomplish with this one?

TI: All of the above and more. I’m introducing Black Lightning for a new audience. I’m emphasizing how smart and thoughtful he is. I’m putting him in situations where the odds are completely stacked against him. If you liked what I did with Black Lightning before, you will find the character has retained the core values that have made him such an iconic hero for four decades. But, if I may borrow a line from Marvel’s Luke Cage series, my goal and my hope is that Black Lightning and his writer will always move forward. I’ve grown as a person and a writer, and that will be reflected in my stories going forward.

BNP: This question is definitely off the subject but… I and the rest of the Black Nerd Problems team want to know, do you agree that Misty Knight, who you also created, deserves her own solo series?

TI: Of course, I do. The glorious Simone Missick’s performance as Misty is my favorite interpretation of the character I created with Arvell Jones four decades ago. Since cops and super-heroes is a favorite thing of mine, I’d love to write a comics series or a TV script in the vein of the police procedurals written by Ed McBain for his 87th Precinct novels. And since I love Simone, I’d love to do a cameo if she and Misty got their own series.

Look forward to our reviews of both the comic and the show, coming in November.