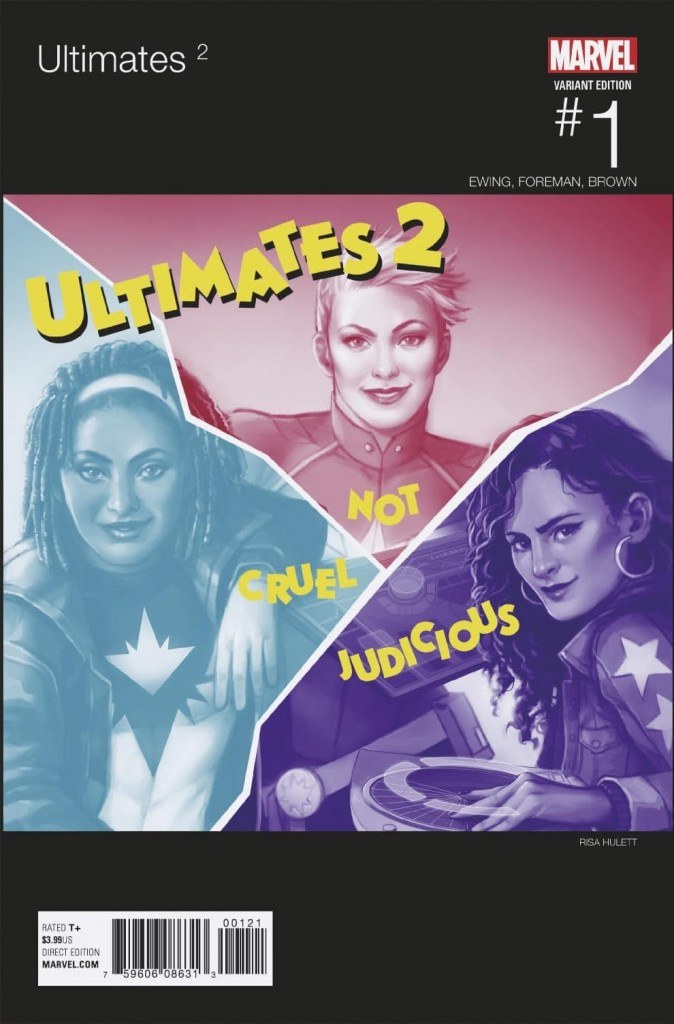 [quote_simple]”Uh, uh, along with the track, man. Uh, pardon me, uh, as I come back.”- Busta Rhymes[/quote_simple]

The Ultimates were brought together to troubleshoot universal cosmic issues. To fix the impossible problems that were ignored for too long. That was the task of The Ultimates… then Civil War II happened and T’Challa said “Fuck this shit, I’m out” and Carol Danvers got a table flipped on her courtesy of America Chavez… oh and Thanos escaped along with the Anti-Man. Yeah, that’s where things were left for us as we come back to the aftermath of The Ultimates. Ewing gives us the run down on what the team has been doing post-break up as Adam and Monica unveil how Monica is actually working on a cosmic level of awareness without realizing it. Ewing is really building up Monica Rambeau to come into her own as a no-longer-underrated blockbuster powerhouse in the Marvel Universe (Adam Bradshear ain’t no slouch either).

The true meat of the story lies in the meeting between Carol Danvers and Luke Charles (who’s that, you ask?). Oh y’all not familiar with the American undercover identity of T’Challa? We gotta talk about this because this is truly hilarious. T’Challa is talking to Carol about why everything fell apart, mostly due to her using The Ultimates as a means to back her stance in Civil War II with Ulysses’ ability to #ProtectTheFuture which took eyes off the true goal. I really liked this conversation of trust and betrayal being discussed between these two because it comments on how Civil War II really got in the way of the story of The Ultimates with the whole tie-in and Carol being a pivotal part of the story. It took us away from the true meaning of what The Ultimates were supposed to be as a team. It turned them into just another superhero team following the same tropes (as T’Challa places it). Ewing does a dope job of breaking the 4th wall without breaking the 4th wall in order to commentate on the direction of the series.

You know what the best part is? The way he has T’Challa’s sense of humor play out as Carol warns how the band getting back together could mean serious repercussions from the USA, the likes of which would be on a scale towards war. The way Travel Forman depicts T’Challa being “shocked” at such an occurrence is fucking comedic brilliance! We hardly ever get to see T’Challa be humorous like this, but Ewing had this disguise be the excuse to allow him to let loose from his usual regal demeanor. The best part is how fed up it made Carol Danvers, too.

Forman did a great job with this scene too, his artwork eases you into the story and is vastly different from what we saw in the first volume of The Ultimates, however, when it comes to throwing down the colors and tones for the cosmic portions of the series, Forman gave us that grandiose Ultimates feel. His herald version of Anti-Man looked truly towering and menacing. We see the message that the Anti-Man gathered everyone for, but what we don’t count on is how America Chavez already figured into the plans.

Listen, Al Ewing continues to do what he’s supposed to do with these characters. I love seeing him on team books because he continues to make sure everyone is developed and everybody eats in the spotlight. The second installment of The Ultimates story is right on time because I’ve been ready to get back into what these characters are being prepped for in the Marvel Universe. 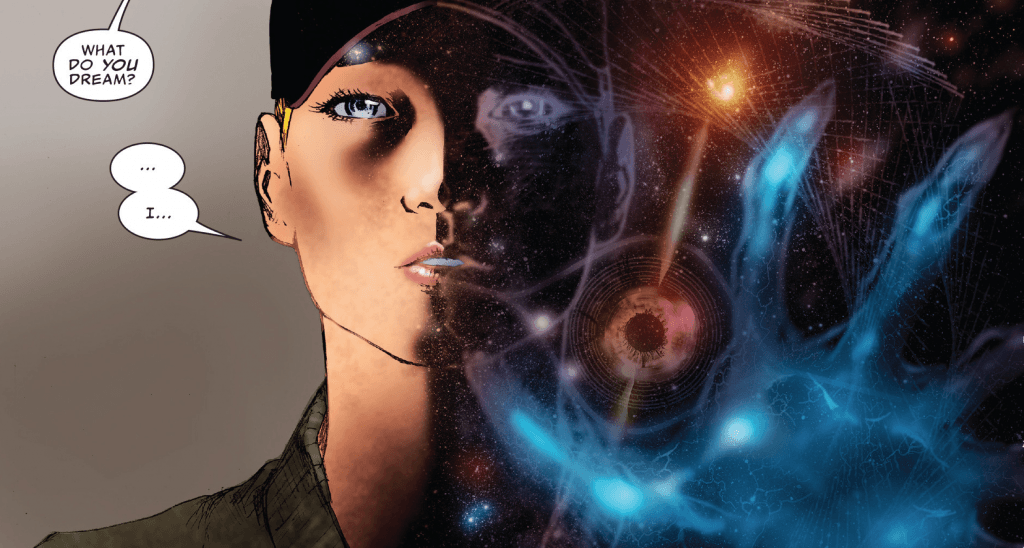 Reading The Ultimates? Catch up on previous reviews of the series here.