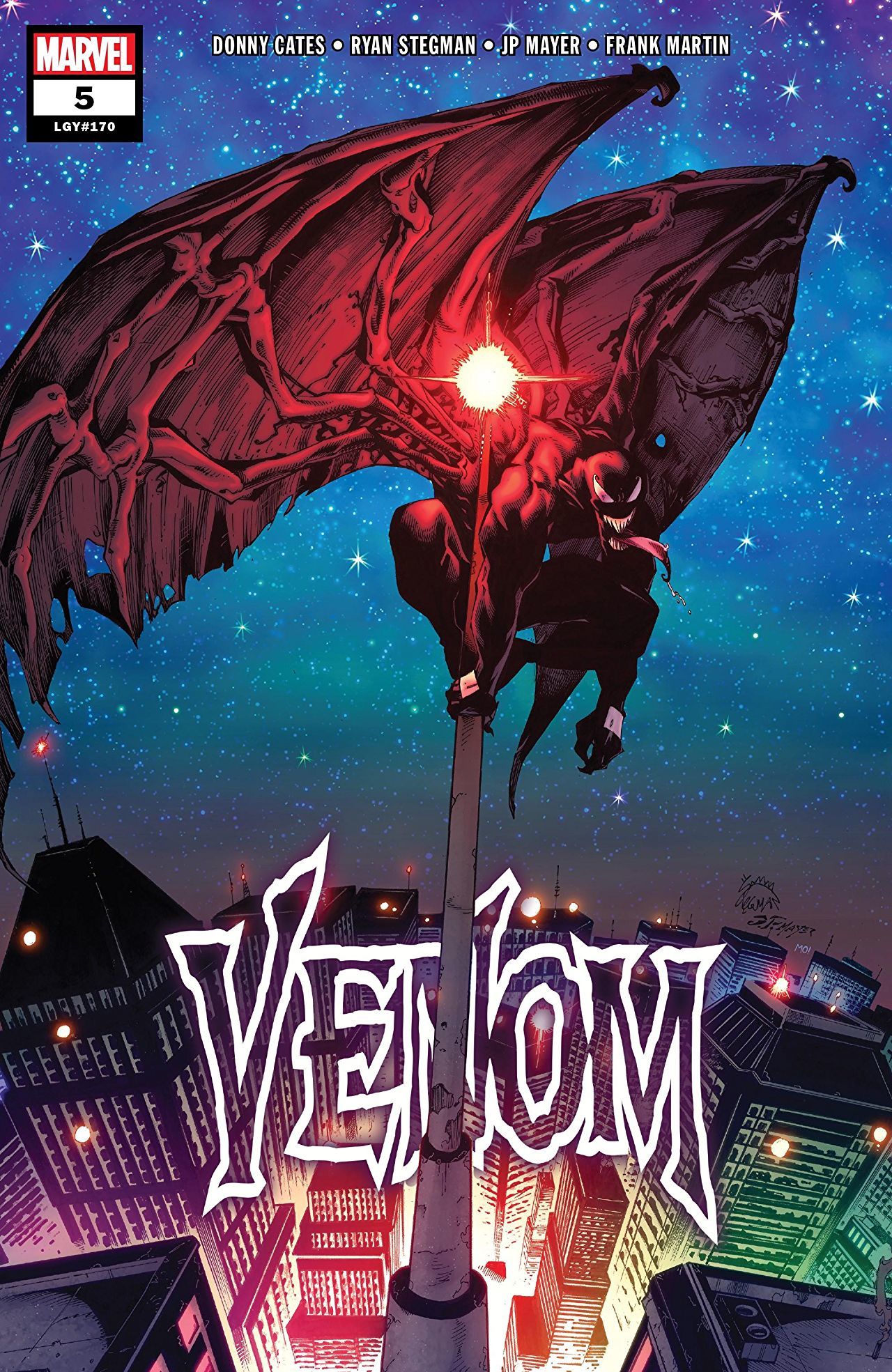 As the symbiote’s legacy ascends into godhood, so does Venom. The Venom series has ranged from mildly interesting to moments where it feels like it’s jumping the shark. Even though there were shades of it towards the beginning, it’s clear that I’m not going to get the horror series that I craved. What we do get is … well, it’s something.

In the last issue of Venom, we got Knull the Symbiote God’s backstory with all it’s Thor/Gorr the God Butcher-infused connections. It’s honestly a bit much and frankly out of place in a Venom comic. In between his little trip down memory lane, you probably have forgotten that Knull was giving Eddie the choke of death while trying to reabsorb the symbiote. This week, we are thrust back into the story with Miles and Eddie falling out of the sky and the symbiote gaining a bit of an upgrade. 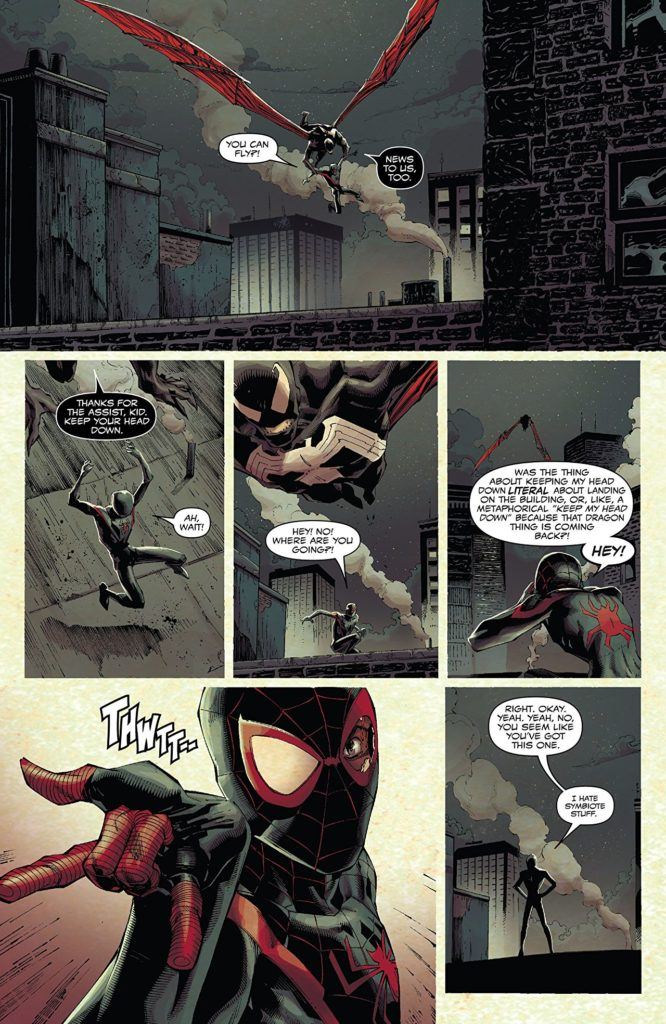 If there is one thing that I’m not fond of in this series it’s how cooperative Eddie and the Venom symbiote are with one another. I feel like symbiote acts like Eddie’s pet rather than a sinister conscience that infects his mind and the decisions he makes, which is starting to grow annoying. One of the things that makes the concept of Venom so compelling is that the symbiote always acted as a dark passenger of sorts influencing Eddie for the worst. Now it just feels like it’s his best friend trying to get him out of a jam.

Tonally, I do think Cates is capable of nailing down that horror vibe I so desperately want from a book like Venom. Combined with Stegman’s art, there are moments where Venom looks and acts like the monster he is. However, the deeper we dive into the story, I see less and less of that and more over the top comic book action. The story is starting to lose me, the revelations aren’t all that exciting, and I just want Venom’s encounter with Knull to end so that we can get a fresh start.