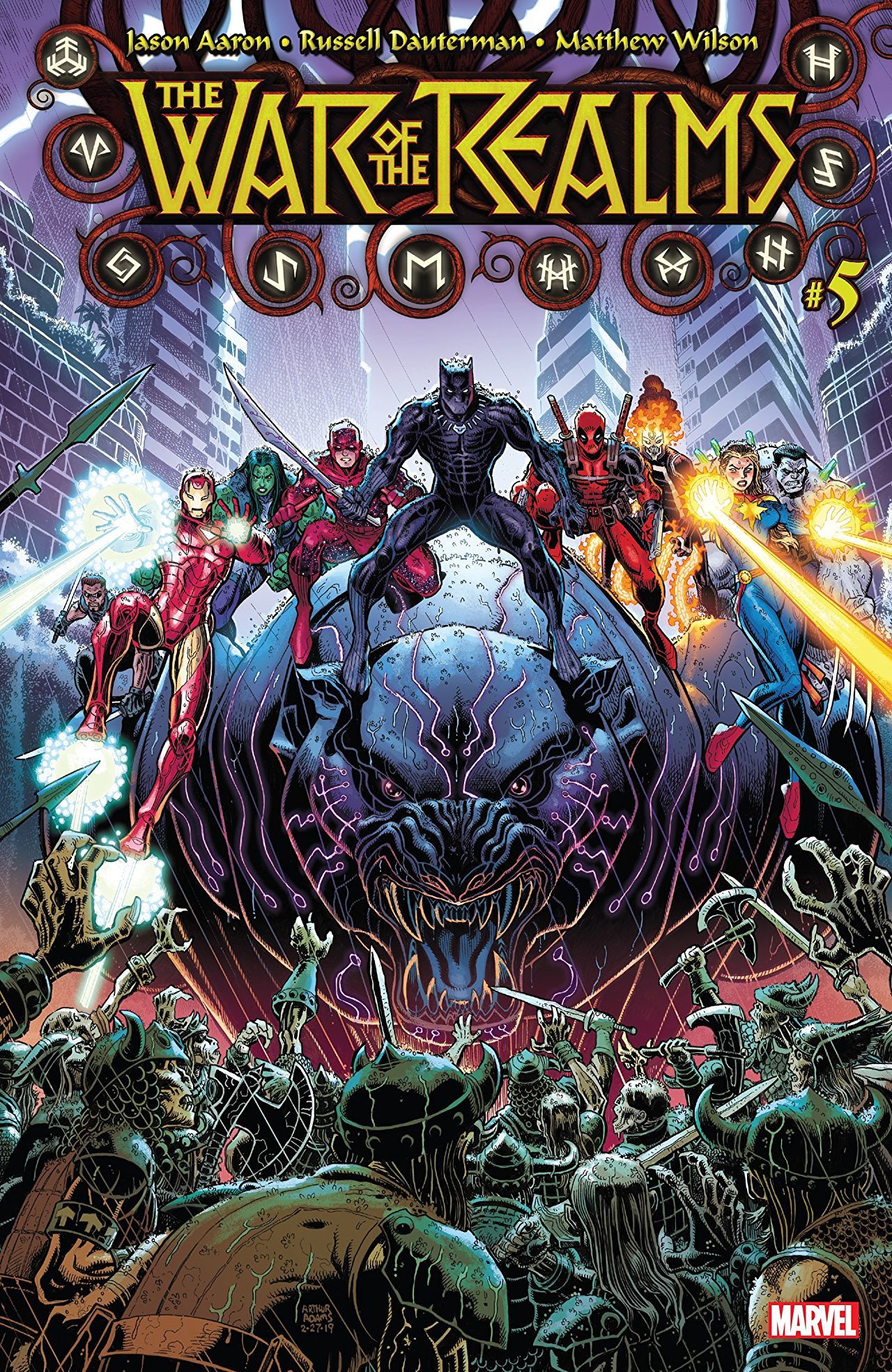 The War of Realms comic has become Jason Aaron’s version of DisneyWorld, dedicated to comic book characters that have plunged down a rabbit hole into a Dungeons and Dragons campaign on Red Bull. The stakes have been raised throughout the event, but Issue #5 looks like the good guys are retaking the fight. There’s a lot of irons in the fire but Aaron handles them well. He juggles a large rotating cast of characters and never loses any of their unique voices. The particular focuses on Thor and Jane Foster don’t take up as much panel time as we would normally expect from Aaron, but are still no less satisfying. There wasn’t as much D&D Punisher as there’s been in previous issues (to my great dismay), but the characters here are well balanced and entertaining in almost every line of dialogue.

The argument could be made that Aaron puts action before character development throughout this event but when you have a universe-wide crossover after years and years of set-up and character development, at some point, it’s okay to put the focus on giving the audience some payoff and leaving the detail for the obvious tie-ins to the main book. We’ve been here before. We know how this goes. And virtually none of this could be made possible without Russell Dauterman’s visual splendor. When you have such an artistic titan on your team, it’s hard not to indulge an action heavy book with Ghost Rider running down the Enchantress and Malekith’s Venom sword. Dauterman leans heavy into making the end of Aaron’s tenure as legendary as possible. 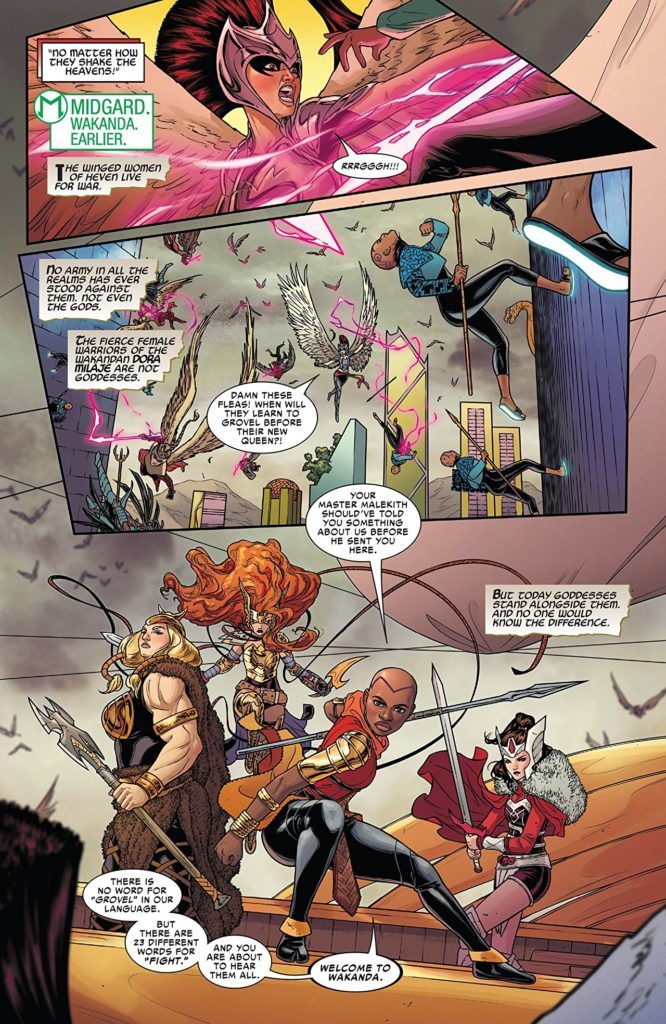 Bottom Line: It’s not broken and Jason Aaron isn’t attempting to fix it. This book definitely embraces the fun and grandeur that superhero books are ultimately all about. Big action, high stakes, Thor on fire….definitely worth your time.