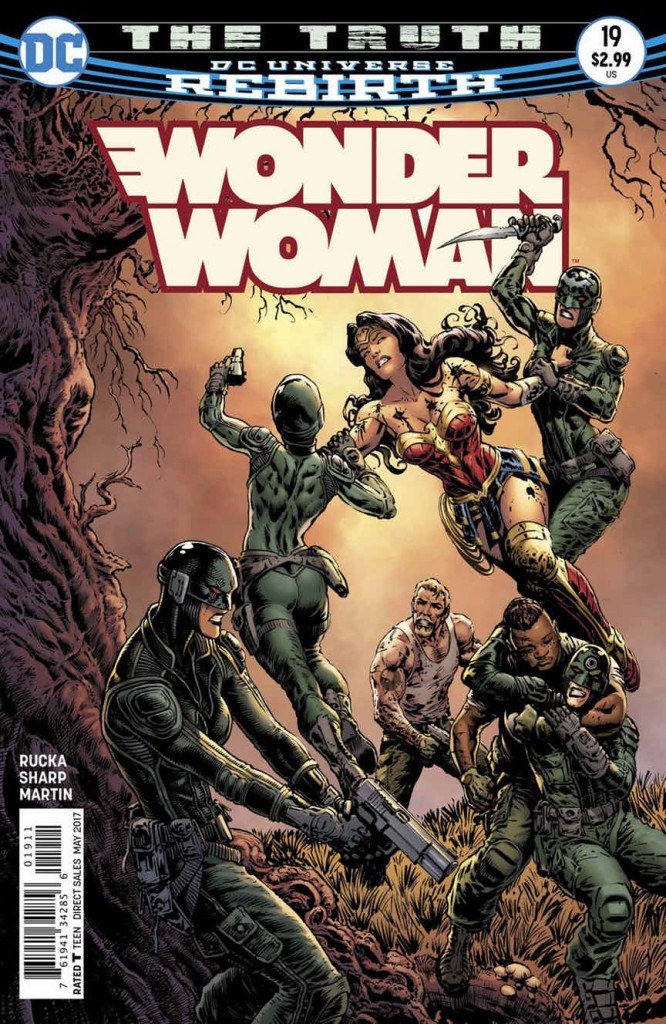 This is all set up right here. This ain’t nothing but the pre-show fight. Rucka got us seeing Diana get her bearings again once she sees Ferdinand. The sight of the Kythotaur snaps Diana back to life [back to reality] and ready to don that war armor again. We see Diana transitioning pretty easily which makes me wonder if there are still psychological effects of her breakdown that are still lingering. We see Diana brought up to speed of all the happenings as well as Etta Candy back in the field. I like field mission Etta Candy with them glocks out and ready to get somebody GOT.

Over at evil headquarters, Veronica Cale and co got plans to have Diana come to them for this ass whooping. Minerva was brought back as the cheetah and of course, Veronica lied about it being different this time.When the god squad raid a bunker of Cale’s they are met with Dr. Cyber who informs them why all this shit is going down and Diana’s role in it. The motivations for the villains are solid for them and shows us the harm that Diana has done without even knowing it. 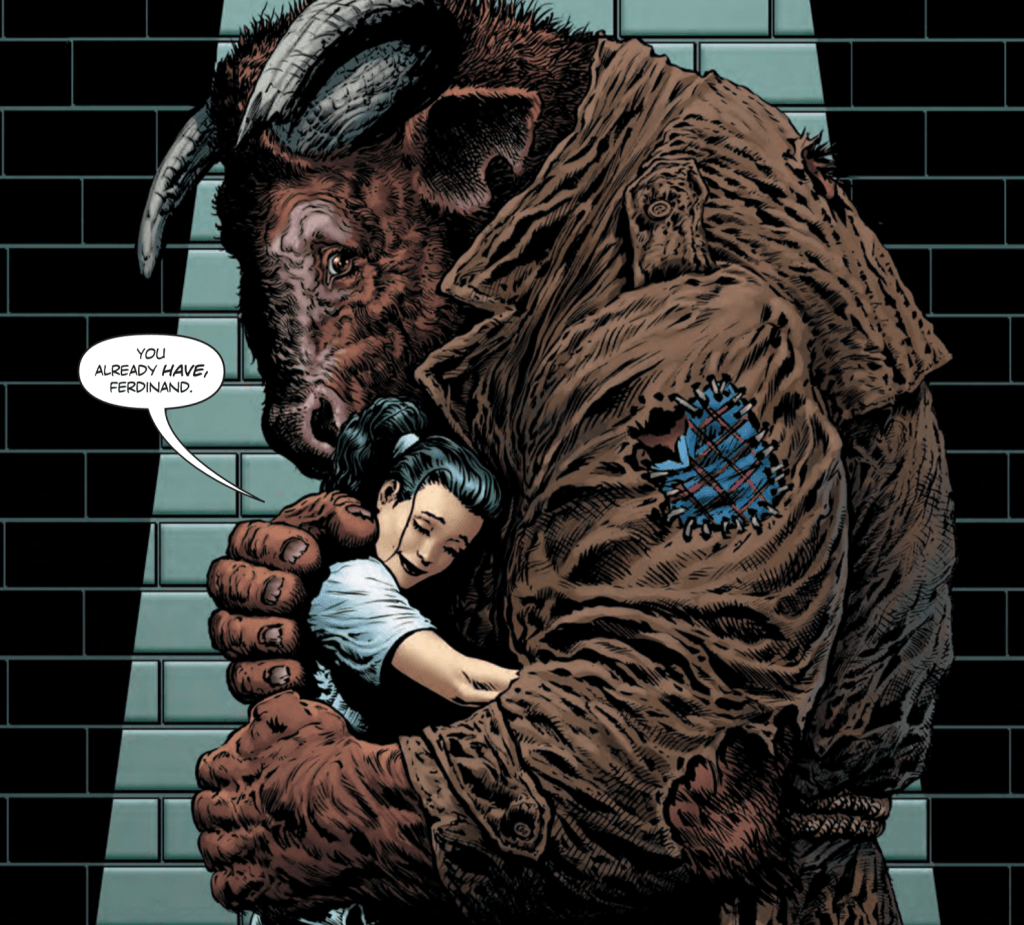 Again, this issue serves as the wrestling promo before the ass whooping. These villains got they reasons for trying Wonder Woman and blank’s art got it seeming like the mythology vs modern times at Wrestlemania is about to go down. I am a big fan of how dark and grimy Evely presents the modern times Wonder Woman is in as opposed to her origin flashbacks. If anything I think it’s safe to say (again) that Wonder Woman’s origins is a throwback to the Silver Age imagining of things and the present-day iterations of the series are at the Bronze Age of comics AKA The modern age (where were it’s all grim).

It appears that Wonder Woman is about to get the clapping again it seems and things brighten for the Amazons. We’ve been seeing a lot of build up for this clash coming where Rucka has been incredible in world building and dialogue, it’s going to be time for action and hands being thrown. I’m interested to see how the battle will be scripted out with (according to Batman [pre-New 52]) The best melee fighter on Earth in the mix.