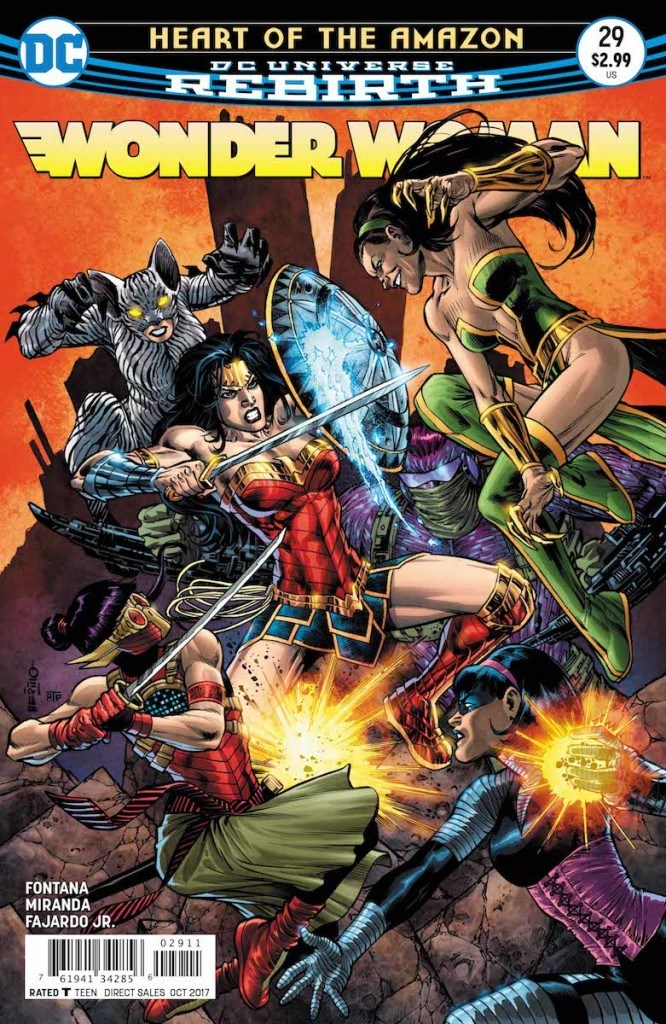 There’s a price on Diana head but “she riding round in a drop….drop….drop.” The mercs are out for Wonder Woman in order to bring her in for a reward. Etta Candy, who is injured, mind you, is her only support at the moment. Steve Trevor is en route but our two heroes are in the middle of a royal rumble and Etta is still throwing down while injured.

We see a classic mercenary after Diana in Cheshire, with her long standing history, but we are introduced to plenty of new faces that serve as fodder. The main theme of this arc is that if Diana’s blood can heal and that’s what whoever put the hit on her is after than perhaps she should just willingly hand it over. It’s hard to argue that point until we remember that humans are trash. 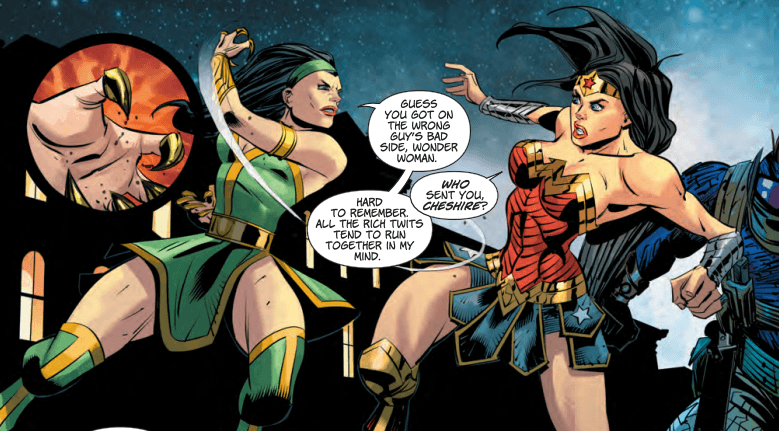 I was rolling with the art work for this. Especially during Etta’s moments. We got detail in her grappling abilities and another reminder of how talented she is with the burner. This story has been a good bonding between the two and there was mention of their falling out but we haven’t seen the reconciliation part truly and it seems to have happened off panel perhaps?

I’m hoping that’s still to come for us readers to see as it will add another layer for this current arc and the friendship between Etta and Diana.