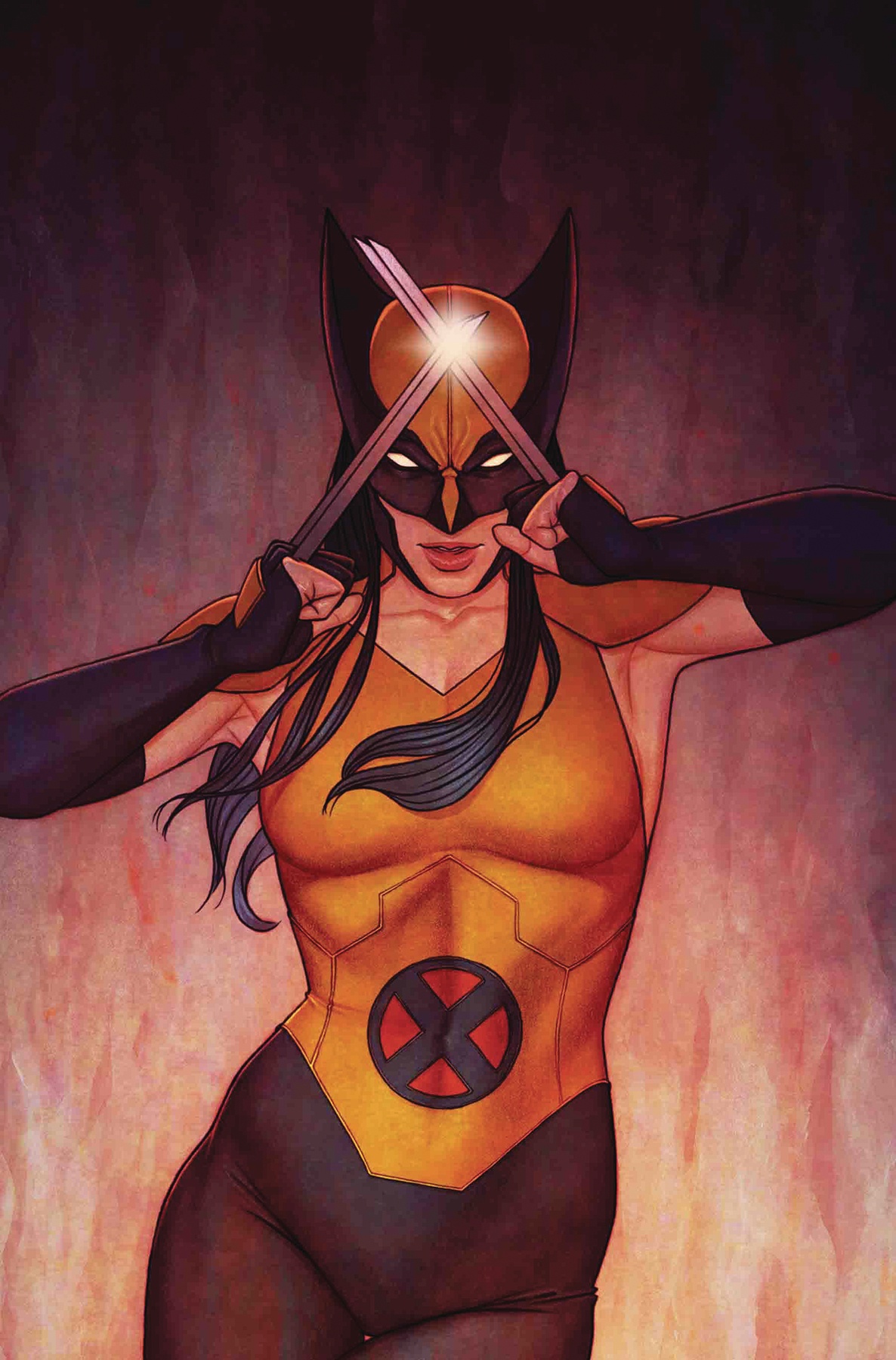 X-Men Red shows us how to rock an X-book geared for 2018. It continues to take the 50 year old concept, “love and acceptance” vs “hate and bigotry”, and tell a fascinating story. With the focus on technology and diplomacy the book rings true to our time in a way a lot of the other X-books have been lacking over the years. Led by Jean Grey, the team exposes the terrifying psychic Cassandra Nova’s plot to foment hatred for mutants across the world. Desperate, Nova sends millions of her brain infecting “Sentinites” in a blitz to cause an inferno of mutant hatred across the world. At the same time she takes the opportunity to psychically attack a vulnerable Jean. 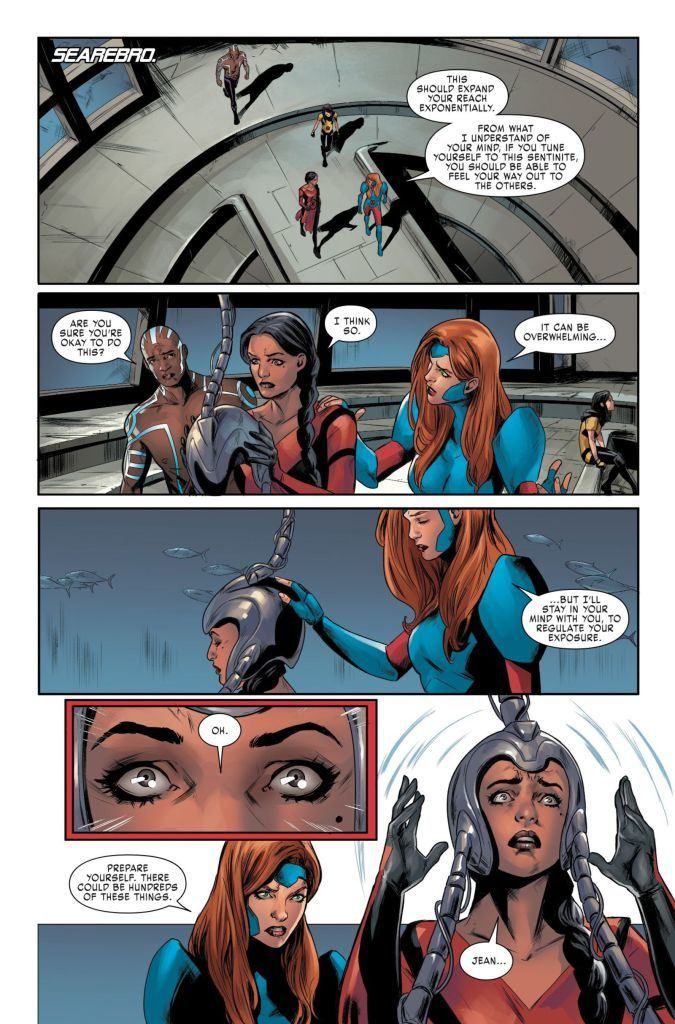 An easy criticism of this book is the quick, possibly rushed pacing. That’s a mistake, though, as the book is swift to match the time frame of the threat. I would be annoyed if a five minute interval took three issues to complete in a Dragonball Z-like fashion. The X-Men’s task to thwart Nova’s plan is handled well. Instead of an OP Jean Grey going “United States of Smash” and saving the day the task is spread out in a realistic, creative fashion. The team’s durability, power, experience and quickness are displayed expertly. Millions of Sentinites? Jean and Trinary use Cerebro for a power boost. Nova’s psychic attack? Laura darts out of there and gets Nightcrawler and Storm, the GOAT. Storm being such a classic character it’s easy to forget how strong she is. Until she drops a god damn TIDAL WAVE LIGHTNING STORM on a villain. The symbolism at the end was interesting. Using huge amounts of downloaded hate and spite online to crash the Sentinites. It was elegant and I dug it. 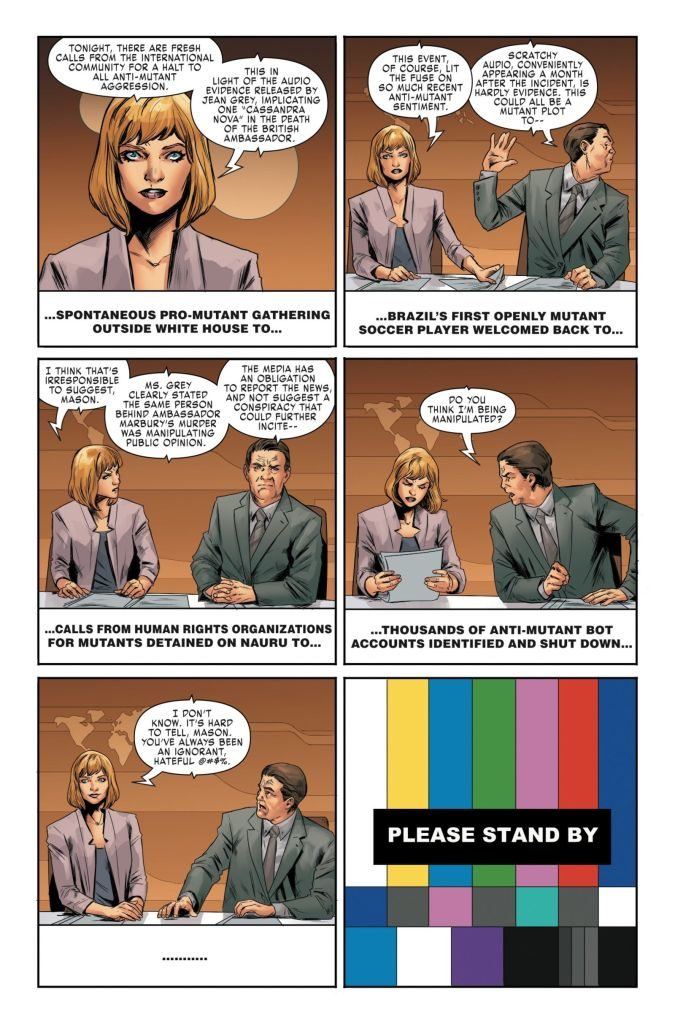 Taylor and Carnero have a good dynamic of visuals and dialogue that tell a compelling story. There are a couple of insane spreads of Trinary and Storm’s apexes of awesomeness. With an ending of Blue and Gold for the classic Uncanny X-Men and X-Men titles it is unclear whether this socially relevant flavor of X-Men will stay with us for long but I hope the hell it does.