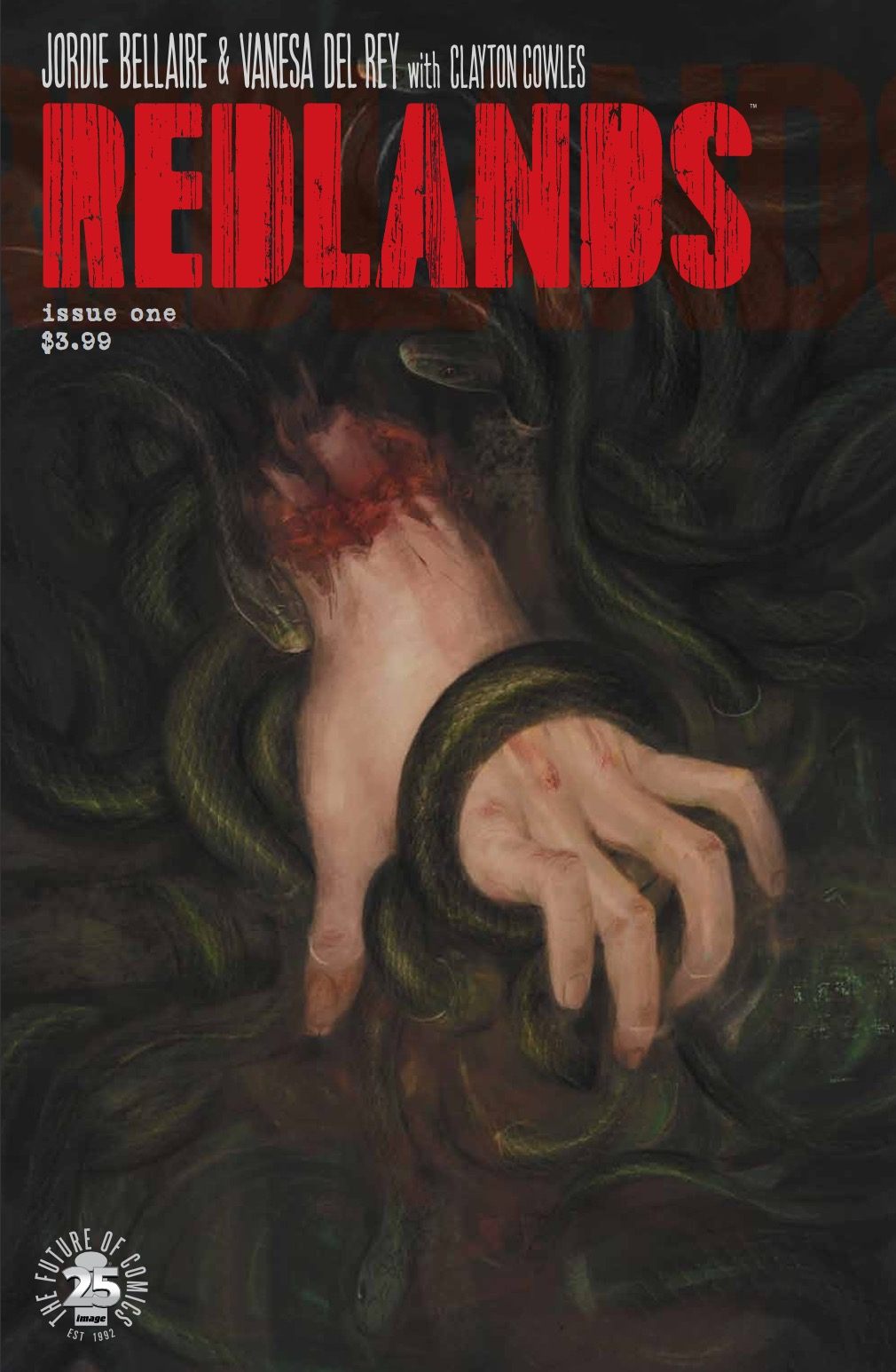 This was a pleasant surprise. The new horror comic Redlands begins with “where did them bitches go?” and, by so many measures, seemed it would add up to a comic of dreadful characters being sold to readers as likable. The trick proved clever though, as the characters with the most panel time through Redlands #1 paint the picture of why they do not deserve to live, and so when the bodies begin to fall in this eerie horror story you feel little more than a sense of vindication. Redlands is the delightful type of horror where you cheer for the demon – or in this case, witches. And the suspense builds from their rare presence, knowing that when you see them then someone is about to die. 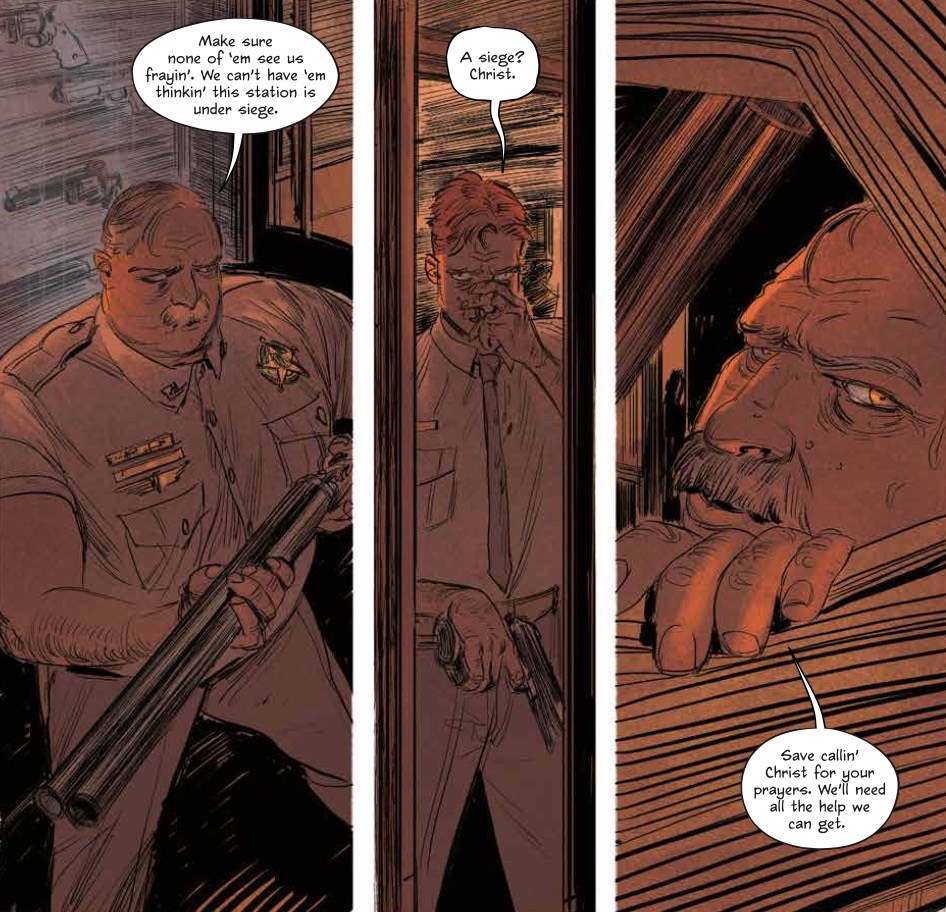 We have a lot to learn about our Florida setting and the mission of our three witches, but we knew several things to be true: they are on a mission they deem moral, they are powerful, and they have been doing this for years. It will be interesting to see the world they build around the witches, weighing their power against other potentially supernatural characters as the need for conflict arises, or perhaps the conflict will come from inside the three of them. A lot of directions one can take in a “righteous cause, balancing the scales throughout history” type of story. Options are broad, and as our introduction is less a story opener than a horror sequence before the opening credits of a film, there is a lot of intrigue on where we go from here. We have seen our witches and what they do, and now the story begins.

Artistically, the frenetic style fits well and is reminiscent of similar horror comics like Gotham by Midnight or Sons of the Devil, the latter that particularly left a hole my horror review list that needed to be filled. I had to read it twice to truly appreciate it, but if Redlands builds from the writing we see here, it will do the trick.