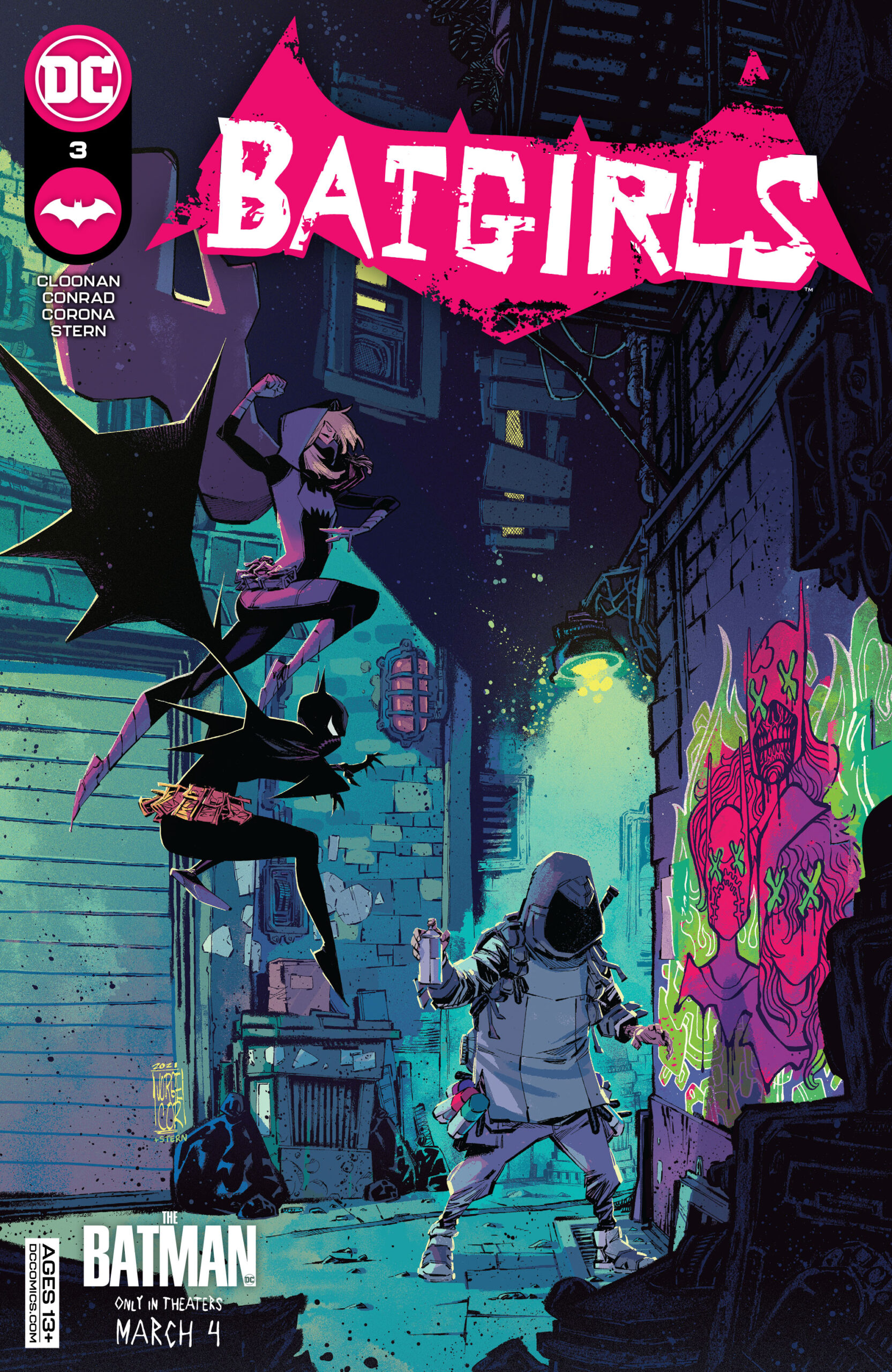 In Batgirls #3, the team is out to find who is hypnotizing citizens of Gotham after feeling it firsthand in issue #2.

Thinking it will lead them to larger answers about Seer, the Batgirls a pretty dead set that a new street artist named Tutor is responsible for hypnotizing people in the city with his art, while he then goes and steals their stuff. He calls himself Tutor, and he’s are exactly as insufferable as he sounds.

I like Tutor a lot actually. Not because I think he’s partially frightening or a threat to the Batgirls, but because he seems realistic. I can totally see a supervillain under the guise of an artist wreaking petty havoc on the city. Especially the part where he believes that his thievery is ultimately teaching people a lesson.

I love art, but I can admit that some artists can be pretty pretentious. Cloonan and Conrad have embodied that spirit well within Tutor, as he spins his whole presentation in the city almost as performance art, while his fans or people in attendance suffer by getting their things stolen. I can get behind that, and I definitely want more from him in the future.

He’s also the type of villain that fits perfectly within the context of Gotham weirdos. Yeah, some of those villains are creepy and keep you up at night, but conceptually, Gotham thugs are weird as hell. There’s a dude named Calendar Man for crying out loud. Tutor is right at home with the likes of those dudes.

It was cool seeing the Batgirls out on another mission after having some downtime last issue. You can already tell they’re learning how to be a team in such a short time, and their chemistry is getting stronger by the page. What was partially nice about Batgirls #3 is that they weren’t all in agreement on Tutor being the one they were looking for, but they still worked together despite their doubt to help find out the answer. Teamwork, you love to see it.

8 Art Installations out of 10