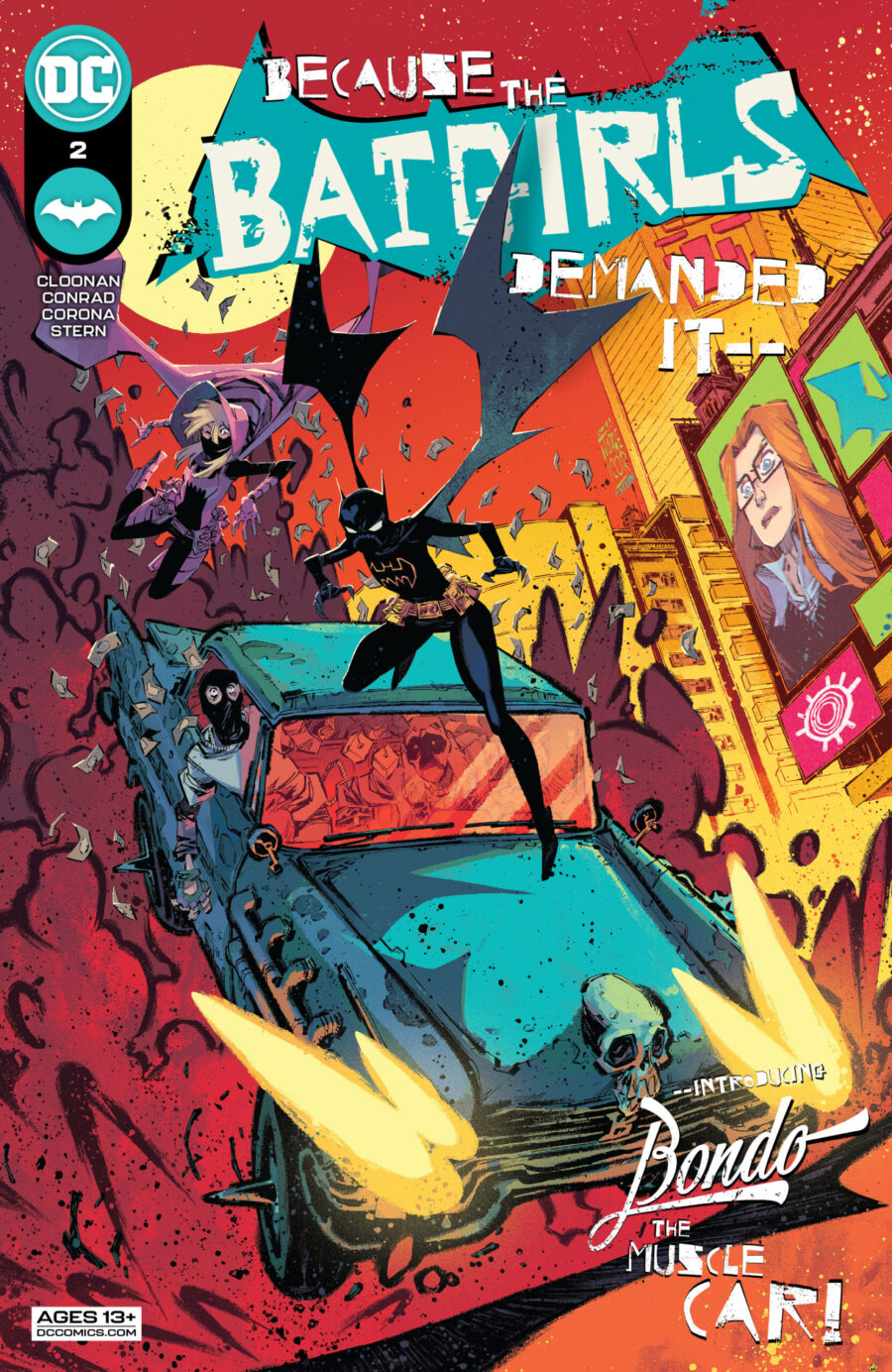 Batgirls #2 gives us a healthy balance of crime fighting and cozy roommate hangouts. It’s what the book promises, so it’s nice to see that so far it’s a consistent staple.

The crime-fighting conflict has the Batgirls fighting The Saints, a specialized group of Magistrate holdovers that seemingly don’t know that the Magistrate isn’t a thing anymore. Can it be that easy, or is someone else pulling the strings?

Until they can find out, Oracle has the girls stand down and lay low for a while. But that only lasts until Cass starts to witness some weird things happening in the alley across the street. Can a Batgirl ignore her training and just let things be? You probably know the answer to that.

While at home, Barbara realizes that the best way to wear their comms is as earrings, that way they’re more secure… you know unless someone rips off their earlobes, which is highly possible in their line of work.

The conflict with this is much more personal than it is physical. Cass, as badass as she is, is afraid of needles, and rightly freaks out just at the thought of having to get her ear pierced. It’s played for humor and it works pretty well. Seeing this assassin that will slice you up without hesitation being afraid of a small needle is great.

One of my favorite moments from the issue was in the beginning when they’re fighting The Saints. Oracle, acting as a remote QB1, calls the shots over comms and realizes that they have a name problem. They’re all effectively Batgirl, and when communicating verbally, that can get a little confusing. She drops a notion that they’ll need to figure out new call signs. While they don’t figure it out in this issue, it’s nice to see it acknowledged, and it’s something I look forward to seeing revised. I’m a sucker for codenames.

8 Living Room Piercings out of 10