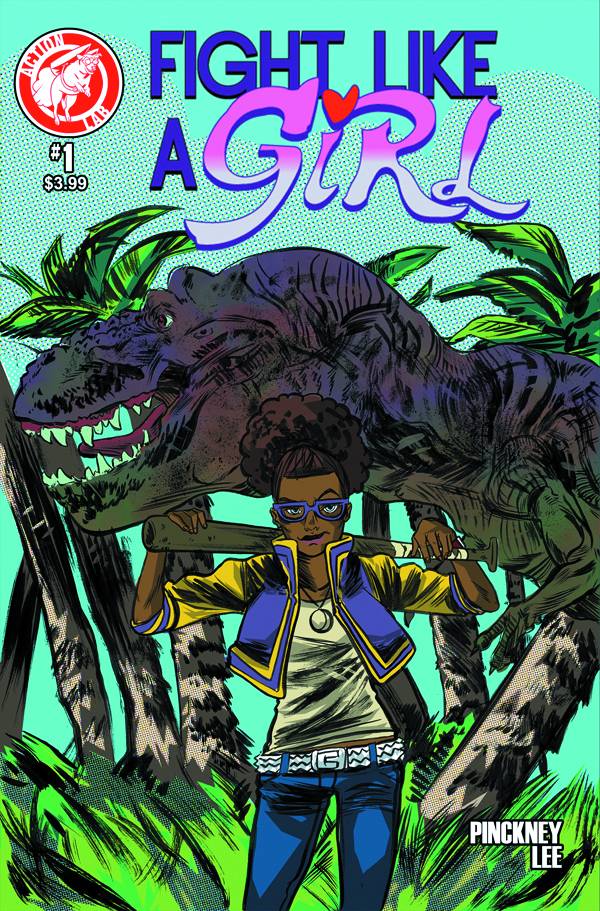 Consider me biased but when I first saw the title of this comic in a tweet retweeted by Jeremy Whitley some time ago I was instantly intrigued. Why? The title caught me–line, hook and sinker. Then I saw the cover art and was more curious. The title would stick with me though because I love seeing women folk in comics represented (well). Also I there’s been this epic reclaiming of “…Like a girl phrases”, more recently with 13 year old, Little League Baseball Pitcher Mo’ne Davis aka “I throw 70 miles per hour, That’s throwing like a girl!”

Back back to the comic, I’ve feeling nostalgic here. You know that–You reading a first issue of a new comic for the first time, picking up who all the different characters are, learning their names, navigating the plot so far…side stepping around the action?

We find Amarosa, our purple rimmed glasses wearing, ‘I rock hard and tough with my afro puff’ natural hair rocking, brown skinned protagonist standing in front of a not so captive audience of…Gods and Goddesses? (Marvel Fangirls and Fanboys will freak once they see this universe’s version of Loki). Apparently she’s come to them for a “wish to be granted” and she has to undergo some horribly dangerous trial of some sort to get what she wishes. The gods and goddesses strike up a lively banter about her, her intentions and her chances before coming to a decision to give her a chance. 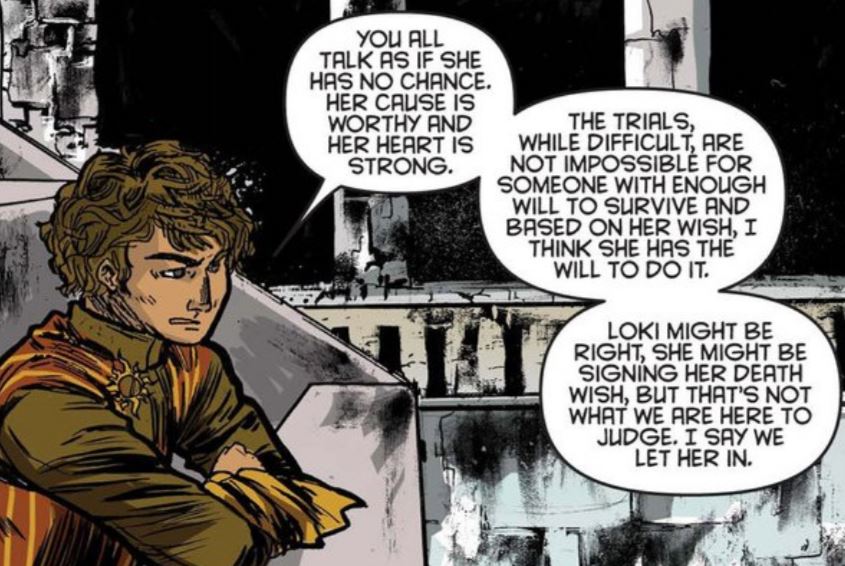 So  Amarosa is granted a chance and she’s due back in a few days. A flash back reveals her atop a hill with what I’m guessing is a friend and his displeased reaction to her decision to go through with her plan. In the vein of Robbie Reyes and every older sibling that had a younger kid brother depending on them, Amarosa is determined to succeed by all means necessary. Especially since this kid brother of hers is practically on his deathbed and in dire need of medical help. So she comes  to the “Wishing Well”, blunt weapon in hand ready to do what? Hit a home run? Surprise us as yet another villain on Fox’s Gotham? Bash in some zombie skulls as the crew from Terminus hunting members of #TeamRick?

(Also she’s saddled with what looks to be a talkative fairy,who I’m calling it now just may become Navi who irritated Link and us to no end in N64’s The Legend of Zelda: The Ocaraina of Time. )

So our hero enters the fighting grounds by way of magical doors to find her opponent and must bring her A game, in what we soon find out is duking it out until the other person dies, Hunger games or Battle Royal style. I was insanely worried about our girl who’s up against someone who basically has Beast Boy animal shape shifting abilities (cue the dinosaur on the cover) until I got to this panel: 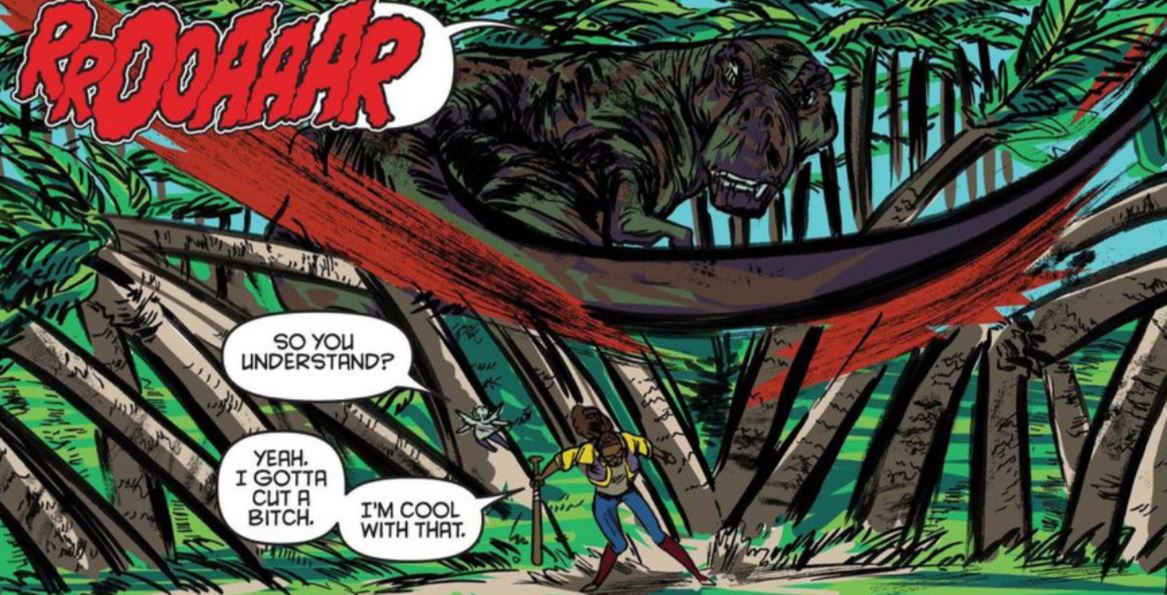 This panel above leads to my FAVORITE page in the entire issue… That page is when I knew I had to read the next issue.

Another challenger enters the arena–of Action Lab comics, that is. Fight like a Girl, or FLAG as I’m seeing on twitter is a mini series on the rise with David Pinckney writing and Soo Lee as artist at the helm. Our heroine Amarosa has eight more trials or death matches to fight AND win if she wants her prize. I  want to know if  the deteriorating state that  her little brother is  prove to motivate her or distract her. Under all that, I’m curious to find out who Amarosa is: what gets under her skins and what ultimately led her down this path. Issue one down. Fight like a girl as a physical copy is due for a release come November which is right around the corner. But you can sure buy a digital copy  like I did and be in the know now.