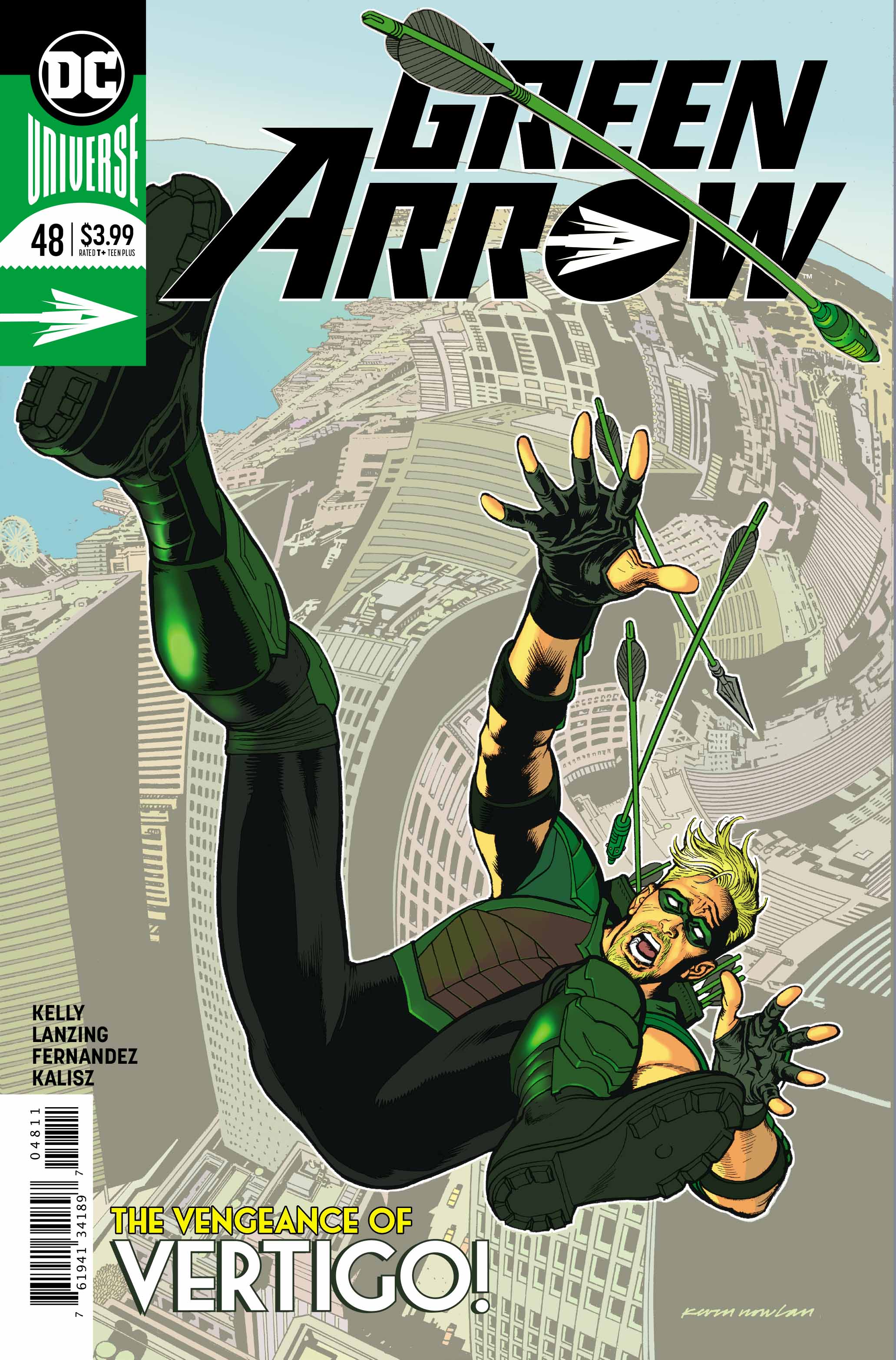 Oliver Queen’s life is an emotional rollercoaster. He’s a man with past sins, broken relationships, and has suffered plenty of devastating losses. The most recent of which is his former sidekick Roy Harper. Writers Collin Kelly and Jackson Langzing take over for this issue, and they show that it’s not time to quickly cast aside Roy’s death. The events of Heroes in Crisis is still fresh, and readers will learn that Oliver still hasn’t quite learned how to cope with this loss.

It’s understandable. Oliver has failed Roy time and again over the years and now he will never get the chance to make it up to him. Instead of lashing out at people, as he did at Roy’s funeral in Green Arrow #45, he moved on to internalizing his grief. This leads to Oliver throwing himself into his work as the Green Arrow, as well as deflecting whenever Dinah brings up Roy. This kind of behavior is an overused trope for superheroes dealing with their personal drama but in this case, if it ain’t broke, why fix it? It fits Oliver’s character to react this way and honestly brings the best out of his character. 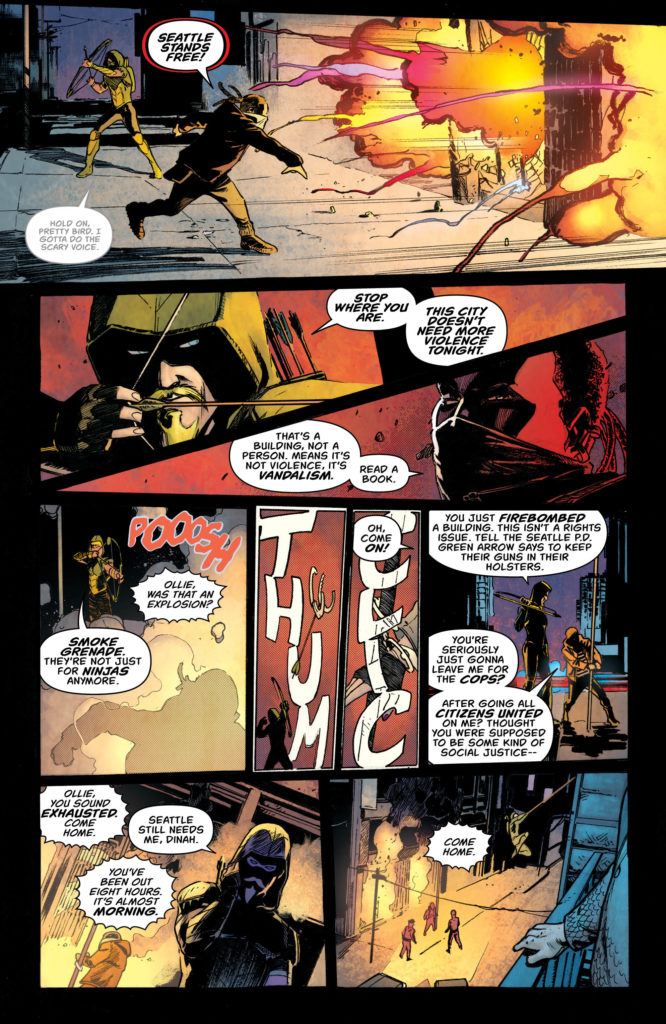 However, Ollie won’t be able to avoid facing Roy’s death anytime soon as Count Vertigo comes back into the picture. I was never really a fan of the New 52 iteration of Count Vertigo, which is apparently one of the remnants to survive rebirth. I will say that Kelly and Langzing do a great job writing him though. They make him seem like a more credible threat than he has been in earlier runs. It also helps that they’ve twisted his power set a bit, which gives us some great inception-esque visuals from Javier Fernandez.

This is a good start if this is going to be the final arc of Green Arrow. The past always comes back to haunt Oliver. Kelly and Langzing obviously know that bringing up Oliver’s past is how you get the best out of that character. Vertigo is definitely going to make it hard for Ollie to ignore his grief, and the premise of Vertigo with evolve powers is kind of exciting to see. I can’t wait to see how it all goes down.

8 Arrowhead Planes out of 10