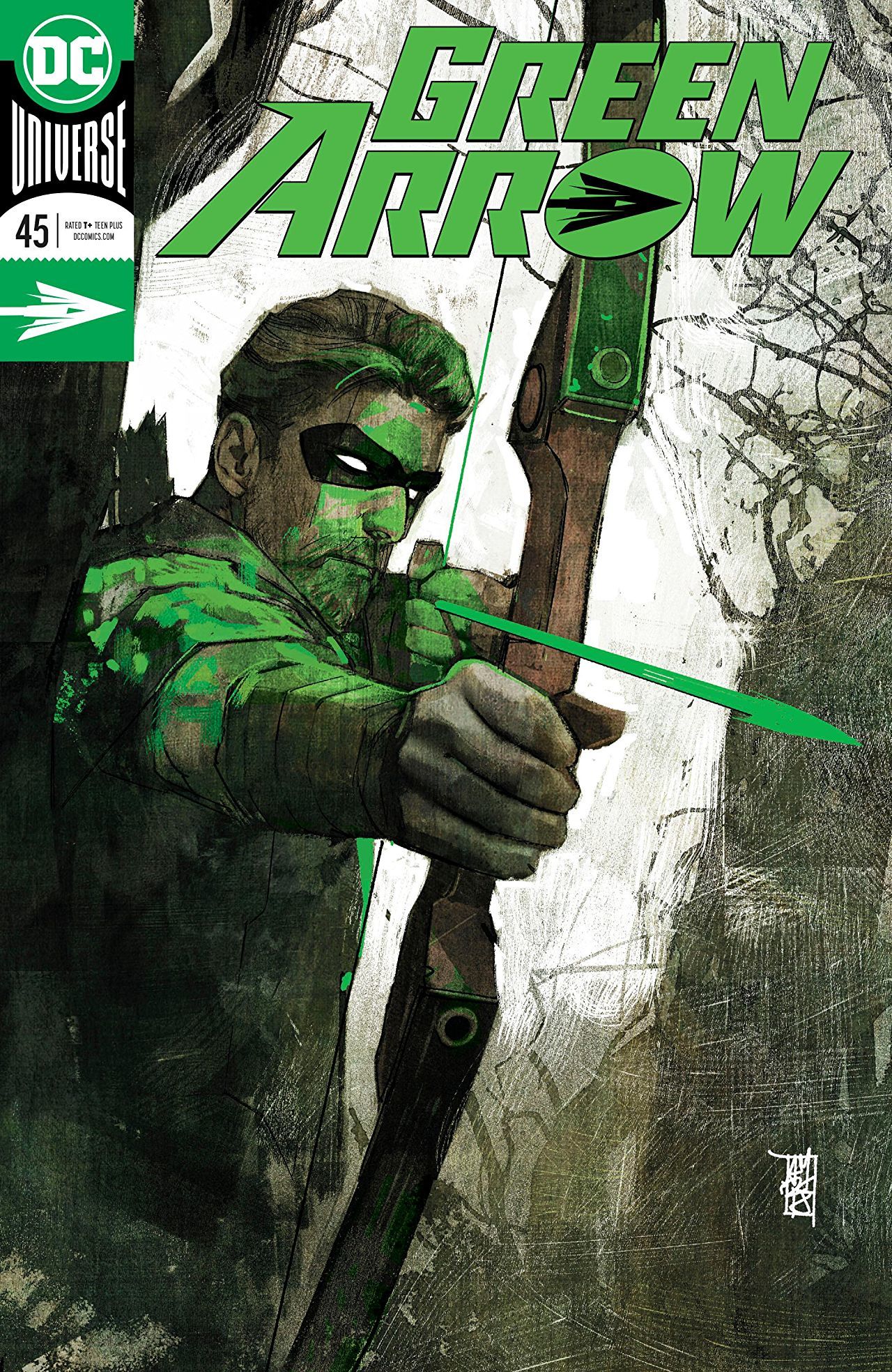 Little did I know that Superman’s visit would have little to do with Oliver’s past transgression and more to do with the death of a family member. Huge spoiler warning for those who haven’t read the first issue of Heroes in Crisis. The new event kicked off with a mass shooting at the superhero safe space known as Sanctuary, impacting the pages of Green Arrow in a major way. So, you should read that issue and our review before you continue.

Now that you’ve been warned … Roy Harper is dead. The once sidekick of the Green Arrow and the superhero known as Arsenal is one of the casualties of Heroes in Crisis’ tragic events. In this issue of Green Arrow, the Bensons basically take Oliver through several stages of grief as he puts Roy’s death on his shoulders. True to form, Oliver partially blames himself for Roy’s death. With their rocky past, as well as his struggles to reconnect with and trust Roy, it’s understandable that he sees it this way. 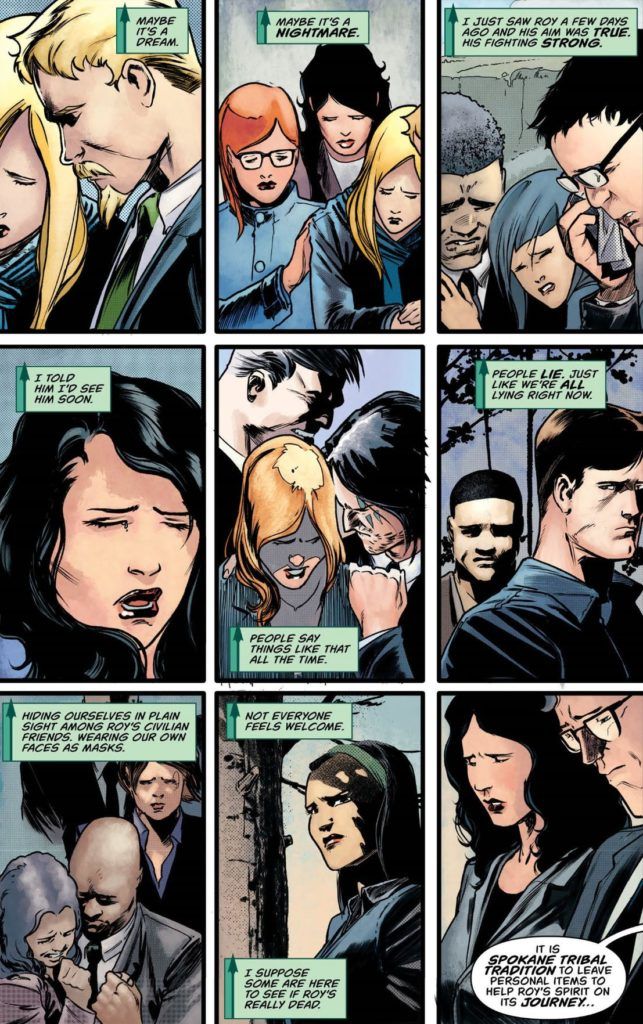 Oliver is a whirlwind of emotions at Roy’s funeral, leading to a number of things like regret, reflection, guilt, and rage. The Benson really do well to remind us that even though Oliver is a hero who shoots around a bow and arrow with an almost unrealistic amount of skill, he is still human. You can see Oliver go from blaming himself for not seeing that Roy needed help to lashing out at the Justice League for failing to protect him. He even goes so far as to consider using the weapon Jonn gave him to shut the Justice League down.

But ultimately, it comes down to Oliver’s faults as a mentor. I like that the Bensons really highlight his and Roy’s past. For the most part, Oliver is a crappy mentor and the two writers don’t shy away from that. In a way, he failed Roy, a boy who was troubled, and he has to accept that. Looking back at their past, there is no easy way for him to get over that fact.

Oliver has to move on and realize that he didn’t do the best with Roy in life. How this will affect him in the coming issues? We don’t know but it’s apparent that Roy’s death will not be an easy thing for him to live with.