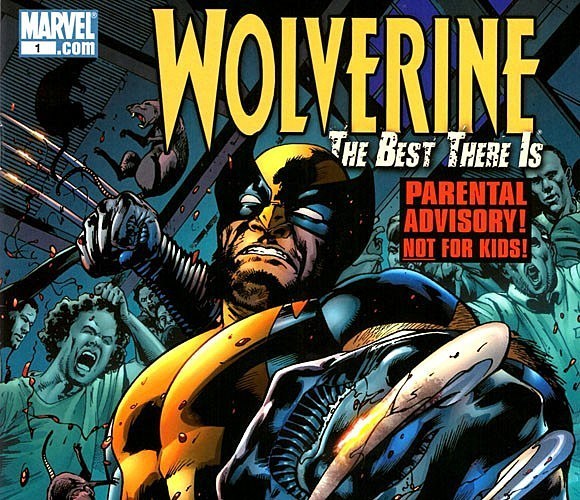 I never liked Wolverine growing up. I didn’t care if it was X-Men The Animated Series, a Spider-Man cameo, an appearance or lead in various Marvel cartoons or, obviously, Hugh Jackman’s portrayal of him the last 15 years, I straight up couldn’t stand the mutant. But as I’ve fallen in love with comics for the last 10 years, I’ve been able to fully embrace the adamantium laced, beer guzzling weapon, and finally understand why everyone loves him.

Lots of Logan to Love

I guess we should start there. Everybody fucking loved Wolverine growing up and it pissed me off something severe. A suped up cat guy with big claws who can heal is ya’ll king?! The foul mouthed, thick haired Canadian didn’t appeal to me in the slightest. There’s also the huge Cyclops fan in me to consider, but we don’t need to get into all that. These are Wolverine appreciation bars I’m cooking up!

I know it’s wild cliche to say “the book provides so much more context than” ________ (<— insert adaptation), but I’d be doing this confessional a disservice if I didn’t. Being able to reference any of the psychologically scarring and indoctrinating experiences of Wolverine’s life adds such a richness to the story that’s playing out before your eyes. From his screwed up origin to Weapon X body tampering to clone madness or Enemy of the State re-brainwashing, there is so much to pull from for the next Wolverine run.

Gangsta and a Gentleman

Then there’s the fact that Wolverine is a downright badass no matter what version of the character you’re taking in. His short temper means he’s always ready for the smoke which usually leads to bad decisions with fun outcomes. But in the comics fam? There’s this added layer to Logan’s personality that exudes respect and appreciation.

He’s got the soul of a samurai and ability to care for others that seems so implausible with all the slicing and dicing he’s about. He’s got a soft spot for the young members of the X-Men team and is loyal to a fault. I think the root of my problem is that Wolverine’s caring side was never properly showcased. Every time Logan got sentimental or emotional, he’d always express himself through dick comments and asinine actions. The version of Wolverine that I saw in most forms of media was shallow, and now I know how much of a travesty that is.

These days, I get to enjoy Hickman’s impeccably written Wolverine as a resident of Krakoa and further my esteem for the mutant when I read old issues or the dope solo books he’s now in. I even found myself re-watching the first X-Men movie and criticizing the lack of depth in the character. Who says someone can’t come around to something that’s been plastered all over the screen this entire time?