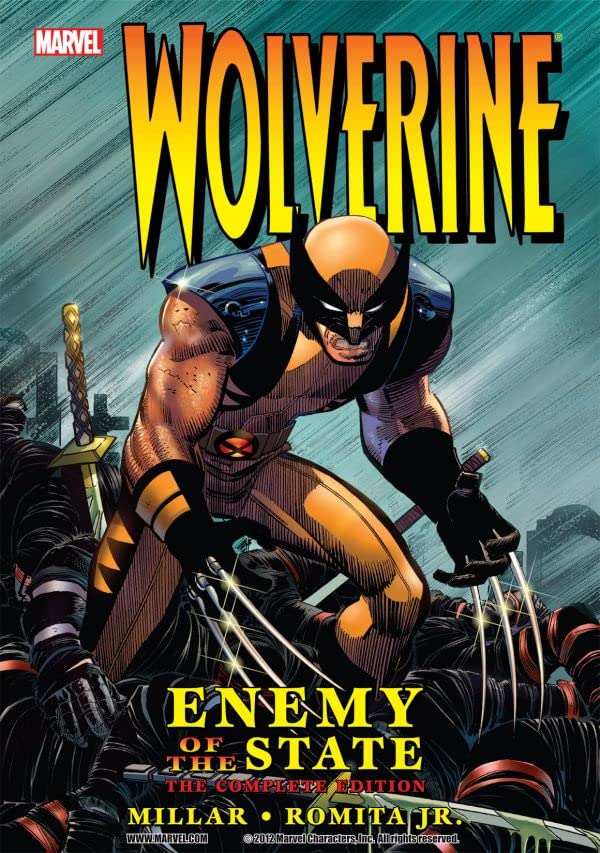 Wolverine: Enemy of the State is a really fun read. I typically finish that sentence with a ‘for comic book fans of all ages’, but I’m not exactly sure I can say that in full confidence. Wolverine, in his natural state, is a crude individual that is no sort of a role model for kids…or adults for that matter. After Hydra gets their hands on the Canadian killing machine, the strides made by Charles Xavier are undone with brainwashing precision and the animal reverts back to his murderous state. Mark Millar is well known for his ability to create a comic book that feel like a blockbuster movie, and he nails the job in this 12-issue run. Broken down into two 6-part halves, John Romita Jr draws his ass off as we see dozens of superheroes grace his pages as targets of Wolverine, or teams assigned to take down “the most dangerous mutant on the planet.”

Enemy of the State won’t go down as the smartest Wolverine run, but that’s part of the magic that Millar creates. Instead of trying to beat you over the head with surprises and twists, the plot thickens with each issue like a simmering pot of gravy. Ambushed after trying to help an old friend, Wolverine is kidnapped, brainwashed and unleashed to target some of the most powerful mutants and super powered people on the planet. Little do they know, there are more diabolical plans in the works and Wolverine is the perfect person to carry out both known and unforeseen plans while wreaking havoc every step of the way.

Nick Fury hires Elektra to lead the S.H.I.E.L.D. mission to bring in Wolverine but after successful strikes against the Fantastic 4, the county’s defense secrets and banking industry, Stark Industries and the hundreds of bodies that have been left in in his wake it becomes clear that Logan’s month’s long rampage would turn into a publicity nightmare, so they bring in the heavy hitters. 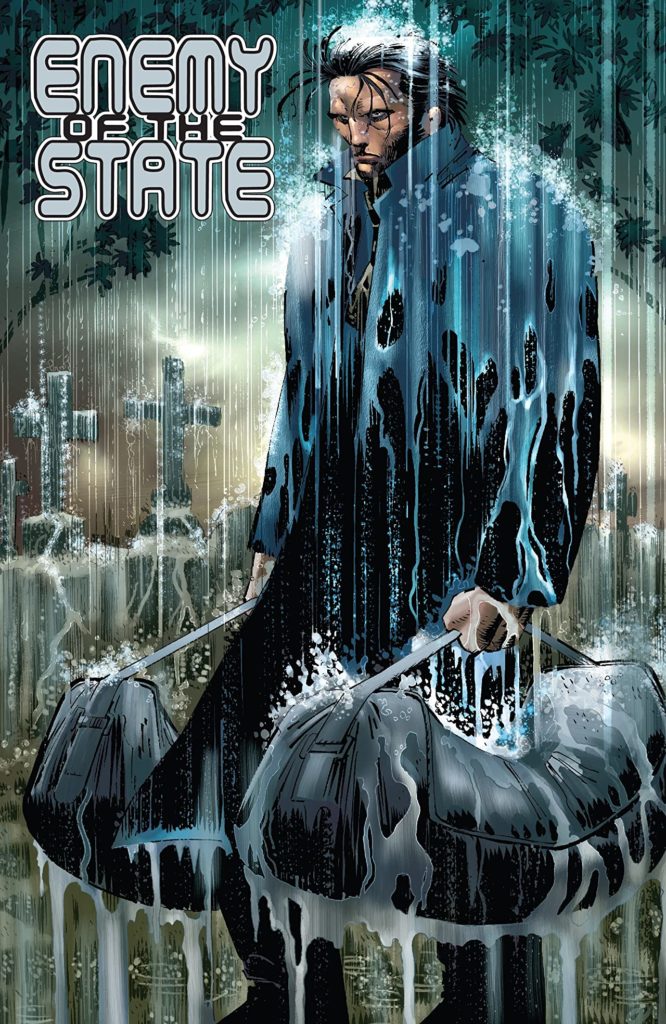 What’s cool about Enemy of the State is that you get to see so many sides of Logan. You see the torn teammate doing everything in his power to stop himself from carrying out these commands given to him by Hydra, The Hand, and Dawn of the White Light (a wild mutant death cult). You see the berserker side of Wolverine that forces you to bask in his homicidal expertise. Lastly, the second half of this story allows you to see the vengeful killing machine that is anchored by the control he’s learned after decades of instability.

Anyone enjoying Hickman’s current X-Men escapades will love Gorgon’s introduction to the Marvel universe as Wolverine and S.H.I.E.L.D.’s main antagonist. While you won’t see it coming, you’ll root for Wolverine and Elektra as the most formidable claw and sword wielding duo.

Wolverine: Enemy of the State is one of those slobberknocker runs that will put a smile on your face, have you shaking your head in disgust, drop your jaw to the floor and have you fist pumping for joy throughout its 12 issues of lacerated bodies, undead ninjas and mind controlled greatness. If you want a good Wolverine read, look no further than here.